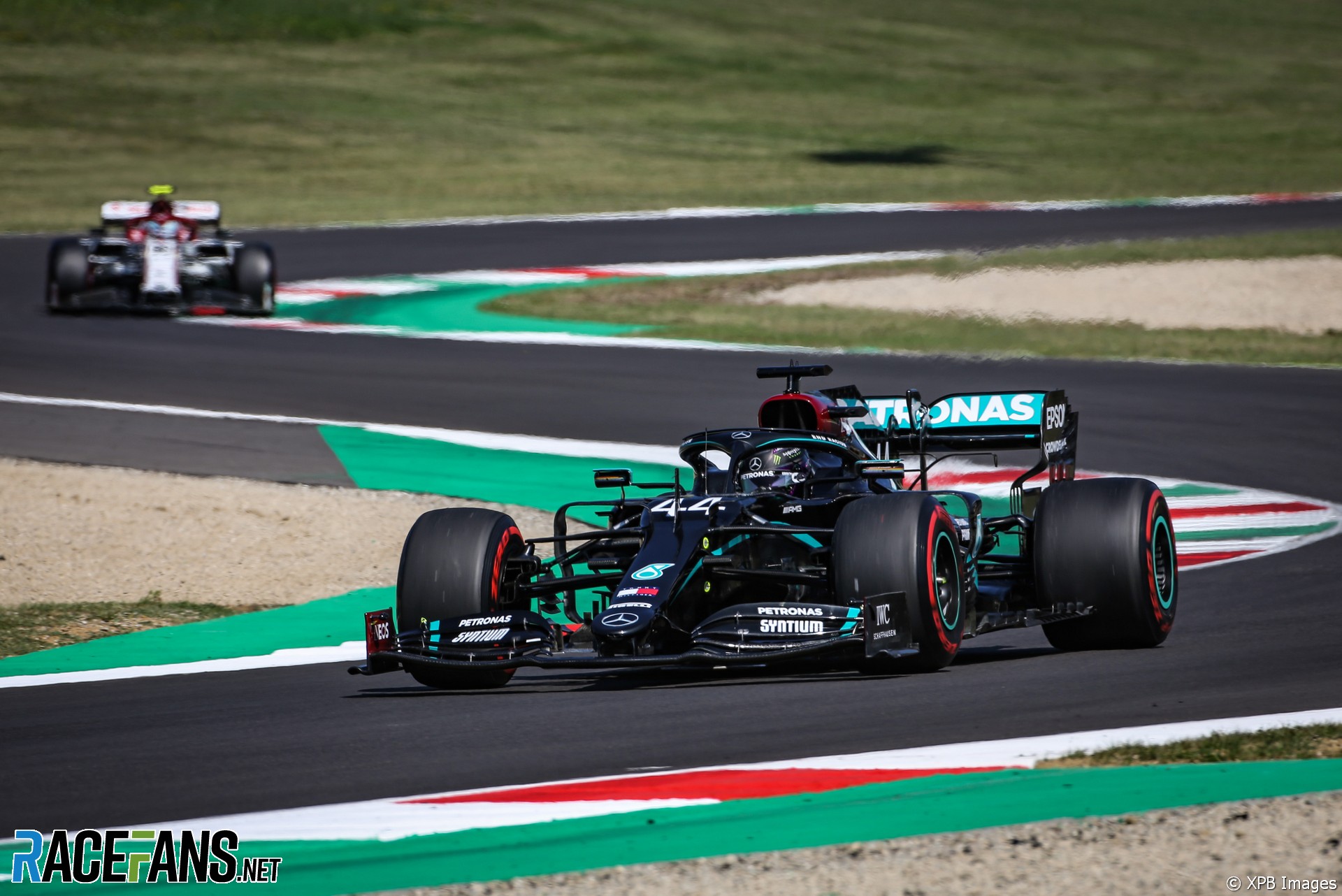 Lewis Hamilton said his pre-race simulator session didn’t help him learn the Mugello circuit, and his team mate Valtteri Bottas was much quicker at the start of the weekend.

The six-times champion admits he prefers not to use the simulator, but said he found it harder than usual to get to grips with the 15-turn Tuscan circuit when he drove it for the first time in real life yesterday.

“Normally I tend to think, [and] in my past I always felt, that one of my strengths is learning a circuit quite quickly,” he said. “For this one we went on the simulator which I never do and I don’t feel like I benefitted particularly.”

Hamilton was slower than Bottas throughout the three practice sessions prior to qualifying. But Hamilton beat him to pole position by 59 thousandths of a second, aided by a late yellow flag caused by Esteban Ocon.

“Getting here was a lot of work,” he said. “The pressure was incredibly high.

“Going out there, doing laps, I was struggling to get to the limit, find the limit in certain sectors. Valtteri was miles ahead really in some of those areas.

“So of course the pressure was higher than ever because if I hadn’t done the work then I wouldn’t have got the result that we got at the end.”

Hamilton described how he turned around his performance from Friday to Saturday.

“There’s an incredible amount of detail that you have to go into,” he said. “Last night [I was] dissecting every single corner basically, and sector, really trying to fine-tune that set-up.

“As a racing driver there’s a real fine line between knowing whether you’ve got understeer or oversteer, whether you’re on the limit or not in certain places. You can be on the limit through one corner but not through the rest of the corners, for example. It could be the first one and then not the second one but the third one you are.

“So really understanding whether you’ve got the balance right within yourself and then knowing what to request for when you do move towards the limit, what you need, you have to pre-empt what the car’s going to do. There’s a real science to it.

“That’s why I have so much respect for all these drivers because it’s not only the ability to drive but to understand those things and to be engineers, at the end of the day, we have to work with these geniuses that balance numbers like nobody else. But we need to be able to do that on the track.”