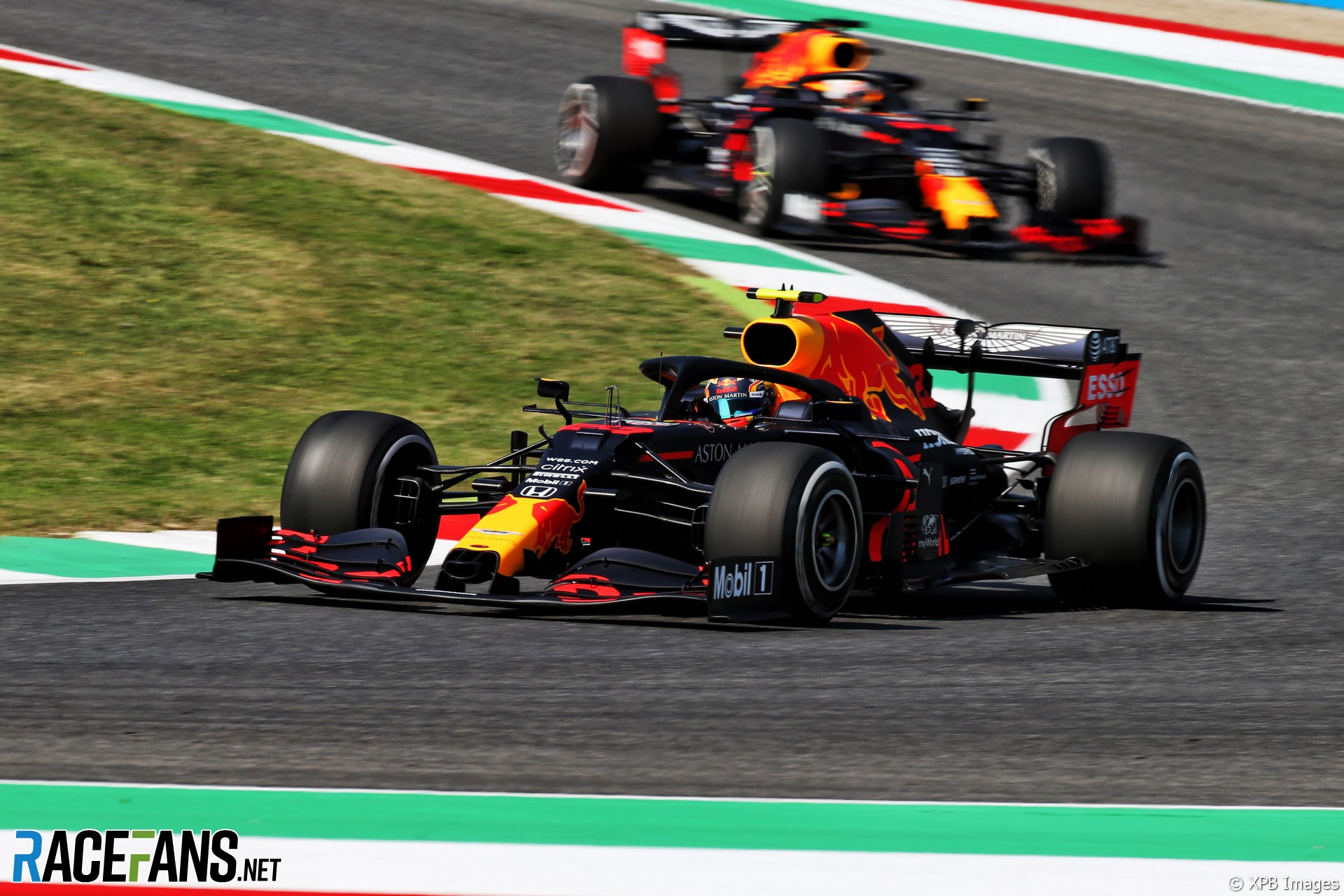 Red Bull team principal Christian Horner says the handling problem Alexander Albon has in his Red Bull is the same as Pierre Gasly experienced at the team last year.

Albon replaced Gasly at the team 12 races into the 2019 season. He has now been at Red Bull for more than a year, and equalled his best qualifying position of the season so far today with fourth place.

Over the season so far Albon has struggled to get within half a second of team mate Max Verstappen in qualifying, but has tended to perform better in the races.

“The car can be a little bit sensitive at the rear, under braking,” Horner explained. “And I think that can make life difficult for Alex as it did Pierre last year. So that’s something that we’ve been very focussed on trying to address.”

Today’s performance by Albon was “his best quali of the season so far in terms of delta to his team mate,” said Horner.

“At Spa and Monza he was also been getting close. So he’s starting to make real progress. I think as we’re starting to improve the car, that’s certainly starting to help as well.”

Albon, who qualified 0.445 seconds behind Verstappen at Mugello, said he is feeling the benefit of being able to build up his confidence in the car.

“Each car has its quirks and it’s just being confident, really,” he said. “Once the confidence is there the pace improves. It’s pretty simple like that.

“A good example is this weekend: In first, second, third practice, just on a track like this, you need a lot of confidence. It’s one of those high-speed circuits where you’ve got to be able to throw the car in and know it’s going to stick.

“In qualifying, that’s kind of what I felt: ‘Okay, this is this feeling good’. And the pace just comes like that. So it’s working with the team and getting comfortable with the car.”

Verstappen’s experience is partly why he has been able to adapt to the car’s handling imbalances, said Albon.

“Of course, at points, you just have to kind of get on with it and drive it. And that’s where obviously Max is very quick. He can drive a very loose car, he can drive very understeery car.

“Spa and Monza already felt like a step forward understanding what I need personally to go faster and it’s kind of getting that consistently each week. Something to build on and have the consistency.

“I think the last two weekends have consistently been a step forward and that’s positive, rather than a little bit of up and down throughout the weekend or through race to race.”

26 comments on “Horner: Albon has same handling problem Gasly had”