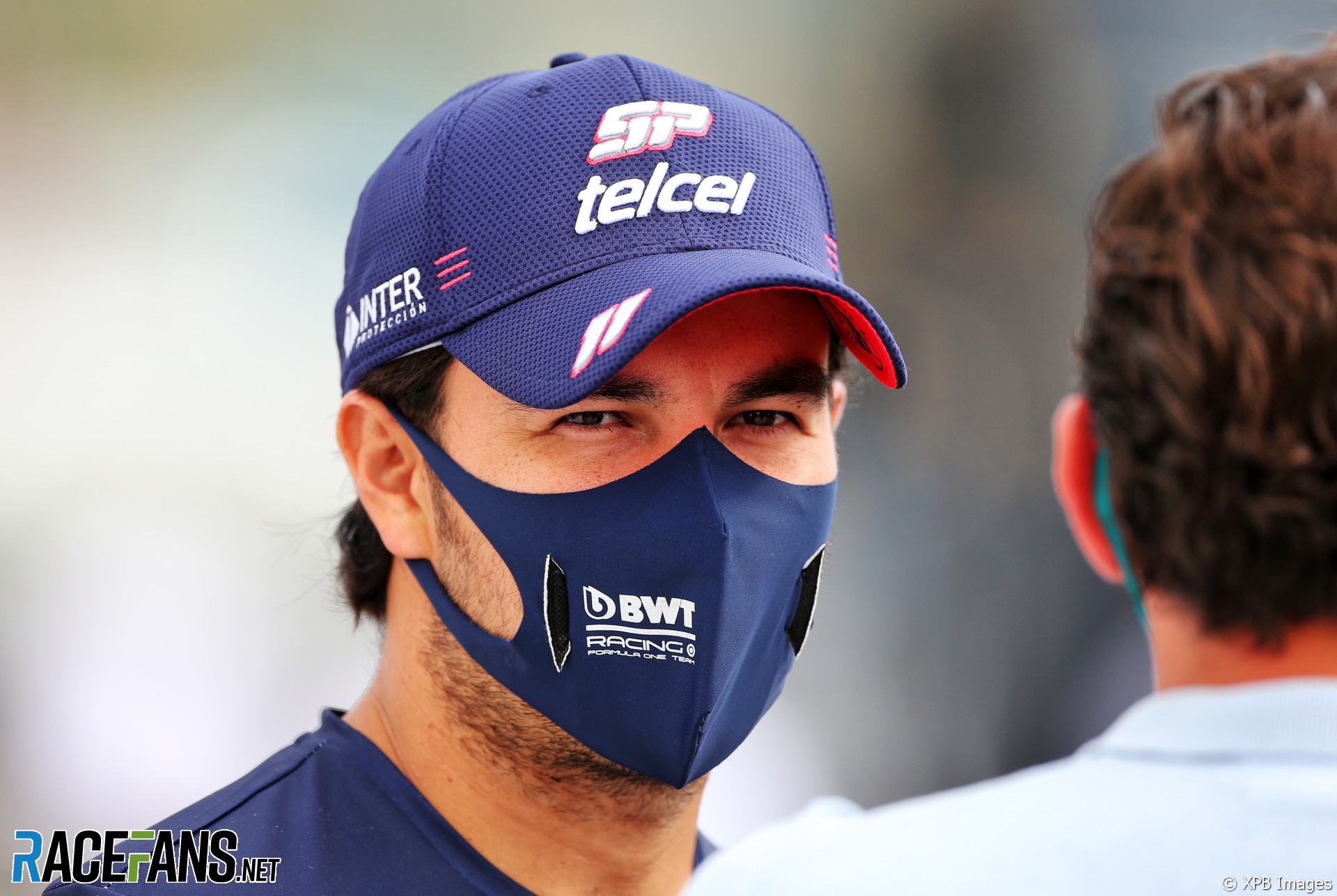 A key element of the 2021 driver market fell into place as the Formula 1 teams arrived at Mugello for the ninth round of the championship.

The identity of Lance Stroll’s team mate at the-team-to-be-known-as-Aston Martin has been confirmed: Sebastian Vettel will replace Sergio ‘Checo’ Perez at the Silverstone-based squad.

But how did Perez lose his seat to Vettel, given he signed a three-year deal just last season? And where will he go now?

Perez is driving better than ever and indisputably deserving of a competitive berth. The problem is that apart from a potential seat with one of three currently bottom-ranking teams – Sauber, Haas or perhaps Williams – he seems to have no other realistic options. While Perez’s Mexican backing would be most welcome at any of the trio, his benefactors are unlikely to be overly enthusiastic about spending a total of $20 million, including the driver’s stipend, on a back-marking team.

Taking a sabbatical could be another option. He and wife Carola have two children and he surely would welcome the opportunity of spending more time with them, regardless of circumstances.

But is that really what he wants at this stage of his career? According to Perez’s circle this alternative is not even on his radar, having admitted earlier this week that he had not even considered a ‘Plan B’.

The circumstances surrounding the team’s decision to not exercise the option on Sergio’s services are perplexing, with sources both within his camp and the team being adamant it was a split decision. It seems Aston Martin shareholders, more concerned about the value a four-time champion would add to the brand’s image, overruled team management on the basis of ‘paying the piper’. Thus the decision fell in favour of Vettel.

On Thursday Perez rather cryptically said: “Nobody told me anything, but I already knew and figured out a couple of things. Final confirmation came [on Wednesday].”

How did he “know” if he hadn’t been told? Therein lies a rather humorous tale related to RaceFans by two different sources with no connection to each other: It seems the option on Perez’s service expired on August 31st but Racing Point requested an extension, granted by the driver, until midnight on Wednesday prior to Mugello.

Then, last Sunday in Monza, team owner and Aston Martin chairman Lawrence Stroll instructed the team’s legal counsel to prepare documents to sign up Vettel. He outlined specific terms and conditions, including an annual retainer of $1.5 million, plus performance bonuses and a separate Aston Martin ambassador agreement.

However, the Canadian’s booming voice apparently resonated through thin walls between adjacent rooms and was heard by various parties, including the Mexican and others. Thus Sergio “knew” without being “told”. Plus, he finally understood why his backing was no longer the factor he had hoped: Had Vettel pushed for higher retainers from the team, Perez’s contribution could have proved decisive.

As matters stand, Aston Martin – in which Stroll has a 25% stake – covers the largest portion at an estimated $5m in ambassadorship. The team, wholly owned by the Stroll consortium, is in for a mere fraction of that. Plus, a Ferrari winner and four-time world champion is undeniably a more attractive proposition as ambassador than a podium placer, regardless of the latter’s speed and skill.

Does all this reduce Perez, arguably the most able current non-race-winner on the grid, to a year on the side-lines or condemn him to an also-ran team? Not necessarily: There is the intriguing prospect of a drive potentially opening up at Red Bull Racing, which needs to balance hard results (income) versus the preference of deploying drivers from its development ranks.

With Ferrari out of realistic contention for the top two championship places this year and next – at least – Red Bull should be a shoo-in for a minimum of second place during that time. But with Racing Point’s ‘Pink Mercedes’ due to continue racing, having been pronounced legal for next year despite the protest which went against them last month, Red Bull Racing could well find itself in a close fight with Aston Martin as well as a resurgent McLaren, the latter also Mercedes-powered from next year.

Red Bull therefore need drivers able to push each other and squeeze the absolute maximum out of the car. Currently the team has one such driver, Max Verstappen, who has left respective current and former team-mates Alexander Albon and Pierre Gasly trailing. Not only has this compromised the team on strategy, but also in terms of points: to fight Mercedes power, Red Bull needs to maximise every opportunity.

What, then, are the chances of Perez partnering Verstappen? On the surface a long shot, but dig deeper and contact exists. Perez’s manager is the exceptionally astute Julian Jakobi, who not only managed Ayrton Senna and Alain Prost, but did so simultaneously. Jakobi is well-connected to Horner and the rest of Red Bull’s senior management via various shared drivers past and present.

Perez’s Mexican sponsors – primarily companies within the group controlled by Carlos Slim, the world’s fifth-richest man and Latin America’s wealthiest individual – do not clash with Red Bull’s portfolio. The driver is popular amongst Hispanics in the USA, Red Bull’s largest market.

Asked by Germany’s Motorsport-Magazin whether Perez was under consideration by Red Bull, Helmut Marko, the company’s F1 consultant, said they were not actively engaged in a “driver search”, but admitted talks with Jakobi had taken place.

F1’s new prize money structure, which comes into effect from next year, pays bonuses based on a 10-year period to those who finish in the top three places in the championship. It is therefore crucial Red Bull extends its four-year run of top-three finishes or its earnings will be reduced.

Significantly Horner did not discount recruiting drivers from outside its junior programme when asked during the Friday FIA press conference in Mugello.

“Our preference has always been to nurture talent,” he said. “Whether that’s Sebastian Vettel, whether that’s Daniel Ricciardo, whether that’s Max Verstappen they’ve come through the junior programme, they’ve been schooled by Franz [Tost, AlphaTauri team principal] and they’ve always done well in Red Bull Racing’s seats. So our preference is always in that home-grown talent.

“[But] if the pool isn’t big enough then of course, occasionally, you have to look outside of it. But our intention is absolutely to work with the talent pool that we have.” Note the words “preference” and “intention”, rather than a definitive statement.

While various scenarios could see Perez accommodated at Red Bull, the most likely is that Daniil Kvyat, who has already been recalled to F1 once after initially being demoted from Red Bull and then benched for a year, will finally be shown the door. Albon would head back to his previous team, this time alongside Gasly at AlphaTauri. That would create a top-line berth for Perez.

Should that come to pass, it would surely be a most satisfying outcome for Perez, to slide into the seat Vettel originally had set his eyes upon immediately after Ferrari dropped him.