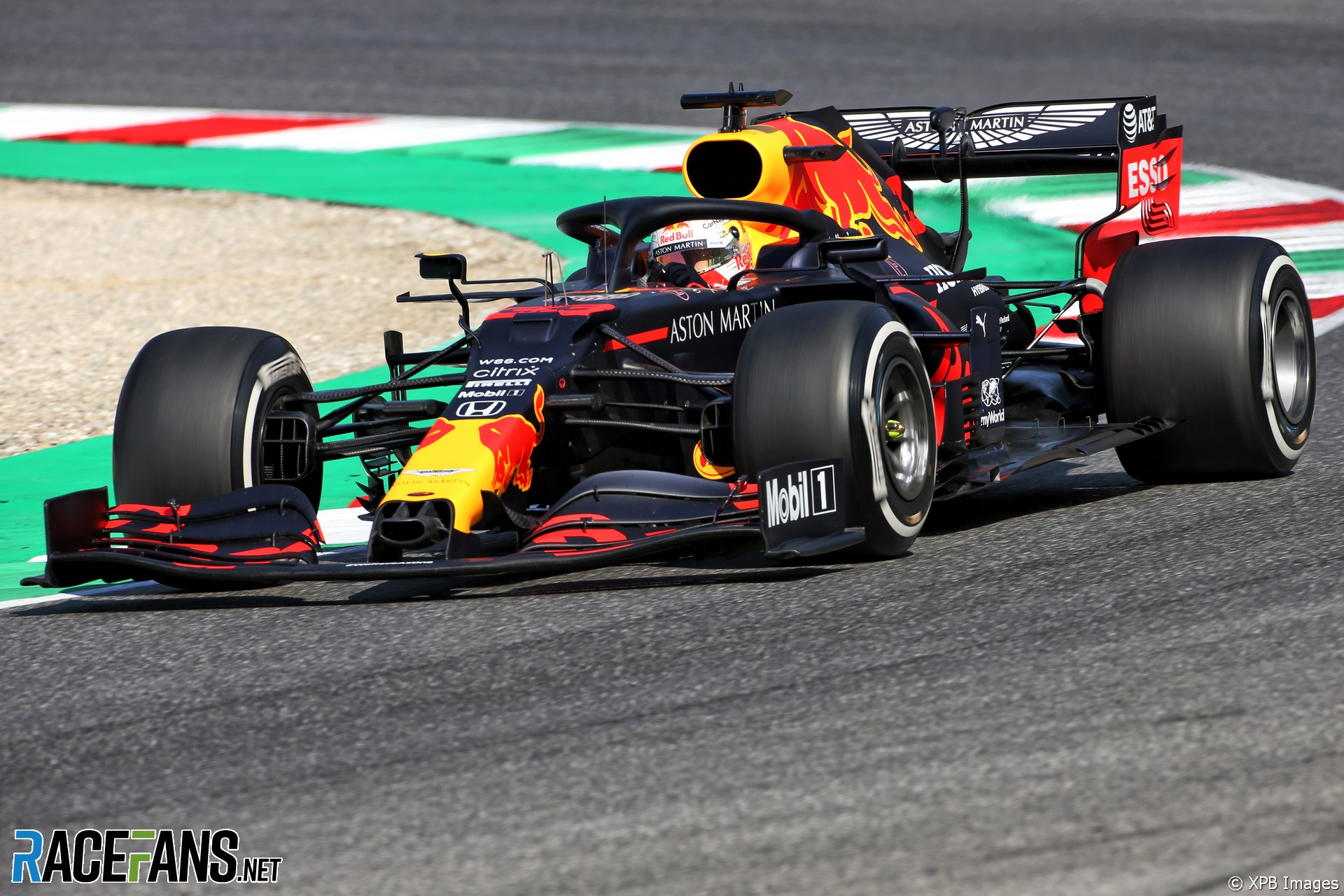 Max Verstappen said he is encouraged by the straight-line speed of his Red Bull after the team’s strongest qualifying performance of the year so far.

He qualified third on the grid, one place lower than his best so far this season, but his 0.365 second deficit to pole position is the closest Red Bull have come all year.

“We did a very good job setting up the car for this weekend compared to some other weekends where we have been a bit further away, where I was not entirely happy with the car,” said Verstappen. “So I think we really more or less maximised so far what we could do this weekend.

“We started straight away with a positive balance in the car, I think the right wing level for our car, so I guess that explains it a bit.

“Maybe the track characteristic as well a little bit. We seem to be a bit better on higher downforce tracks with the car. So I think that might explain the four, or whatever, tenths it is.”

Verstappen hopes his car’s stronger performance through the final sector at Mugello, including the two longest flat-out sections, can help him challenge the Mercedes drivers in the race.

“For once we have quite decent top speed this year,” he said. “So I think that’s quite good around here.

“But it won’t be easy to pass. At least the track, the last few corners, they’re a bit wide and long so you can do a few different lines.

“But it’s all going to anyway depend on, firstly, if you have the pace to follow, and second of course tyre degradation.”