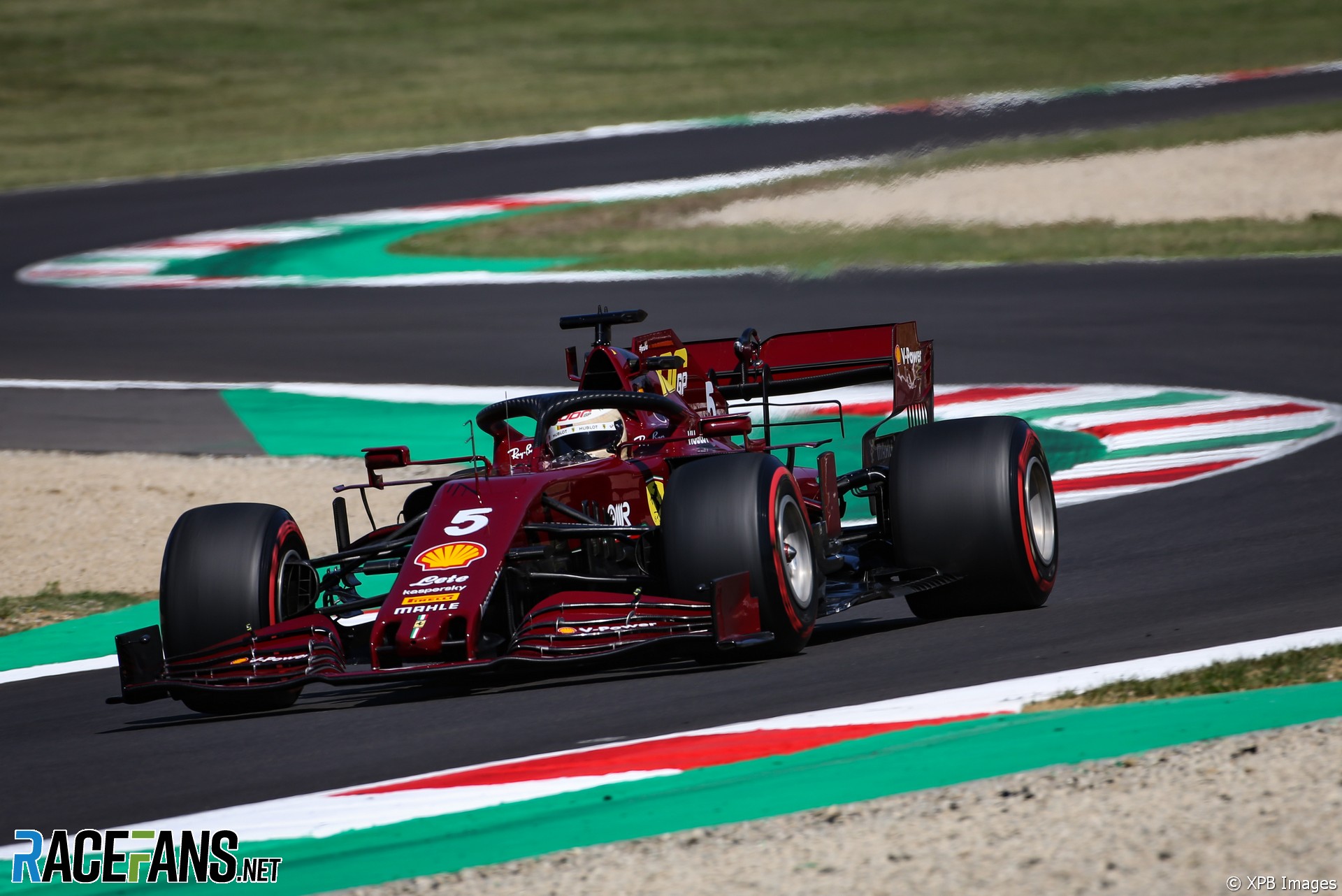 Sebastian Vettel said he was lucky to make it into the second round of qualifying at Mugello after making a mistake on his final lap in Q1.

The Ferrari driver had to correct a snap of oversteer in the middle of Luco, the left-handed second corner on the track. Despite reaching Q2, he was unable to progress any further, dropping out before Q3 for the fifth race in a row.

“I had a mistake in Q1 and then with the mistake I was still able to go through. So that’s why I was quite, I would say, lucky.

“But after that we didn’t really have a big step forward. So we’ll have a look, but we’ll see what can do tomorrow.”

Vettel has been consistently out-qualified by team mate Charles Leclerc so far this season. Leclerc took fifth on the grid for Sunday’s race while Vettel could only manage 14th place.

“It’s not yet working my way,” he said. “I tried to obviously do small steps at a time. I think today was another small step.

“For sure tomorrow is going to be difficult, being so far back, showing the true pace in the race. But we will try.”