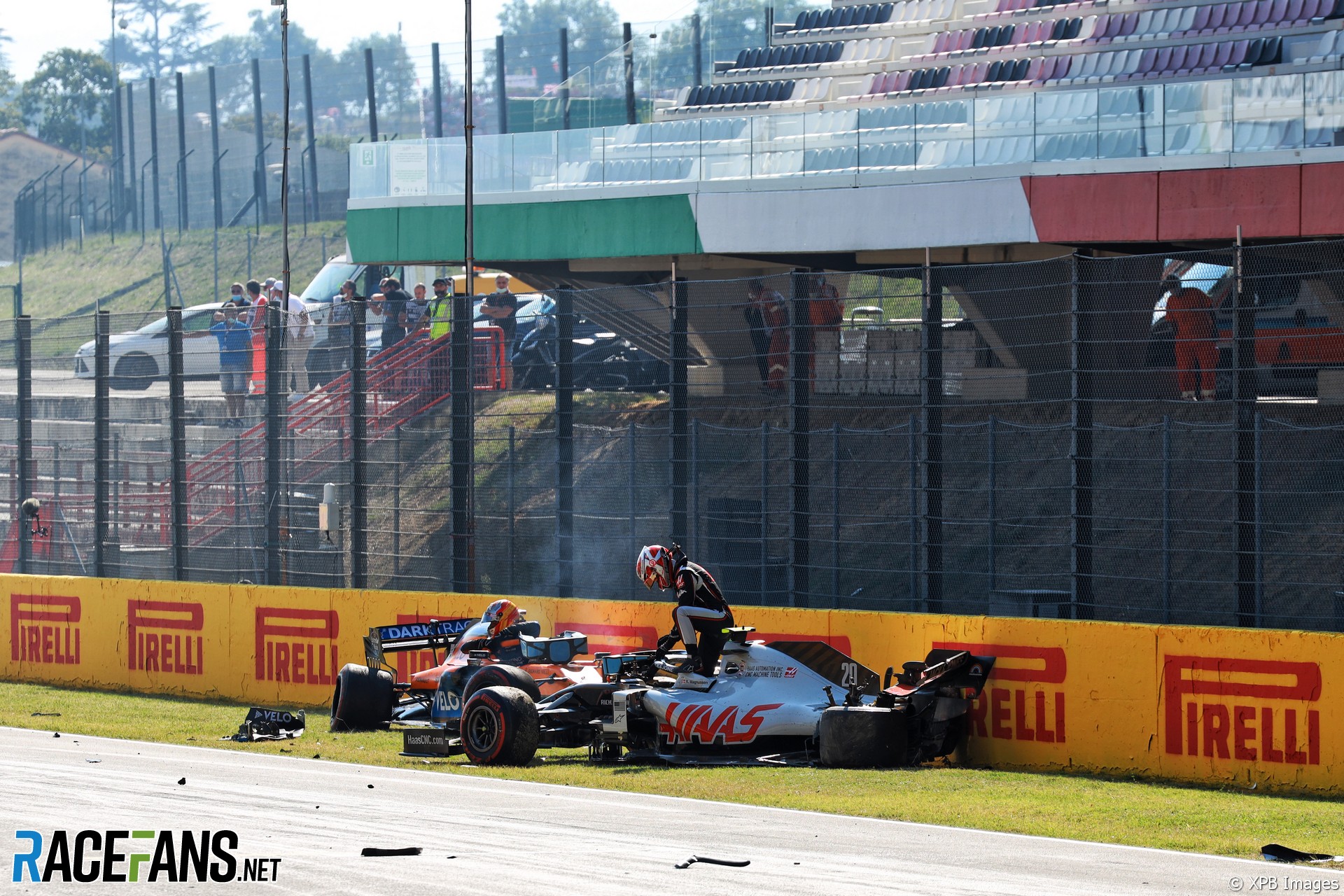 Valtteri Bottas rejected any responsibility for the crash which occured during the rolling restart at the Tuscan Grand Prix.

The Mercedes driver was leading a queue of cars at the restart of the race when several drivers collided behind him. Carlos Sainz Jnr, Kevin Magnussen, Antonio Giovinazzi and Nicholas Latifi all retired as a result of damage from the crash.

However Bottas insisted he controlled the restart correctly and was not to blame.

“We’re allowed to race from the control line, which has been there for a while I think,” he said. “It’s just the decision this year has been that [on] the Safety Car they are putting the lights off quite late so you can only build the gap pretty late on.

“Of course when you’re at the lead you try to maximise your chances. I’m not at all to blame for that. Everyone can look everything they want for it.

“I was doing consistent speed until I went. Yes, I went late, but we start racing from the control line, not before that.

“So the guys behind who crashed because of that, they can look in the mirror, there’s no point whining about it.”

Bottas believes the restarts are being triggered later than in previous races to give the drivers behind the leader a greater opportunity to attack.

“I think the FIA or FOM, I don’t know who decides with the Safety Cars but they’re trying to make the show better by turning the lights later so you can’t build a gap early and then go like a corner before the main straight. So maybe it’s time to think if that’s right and safe to do so.”