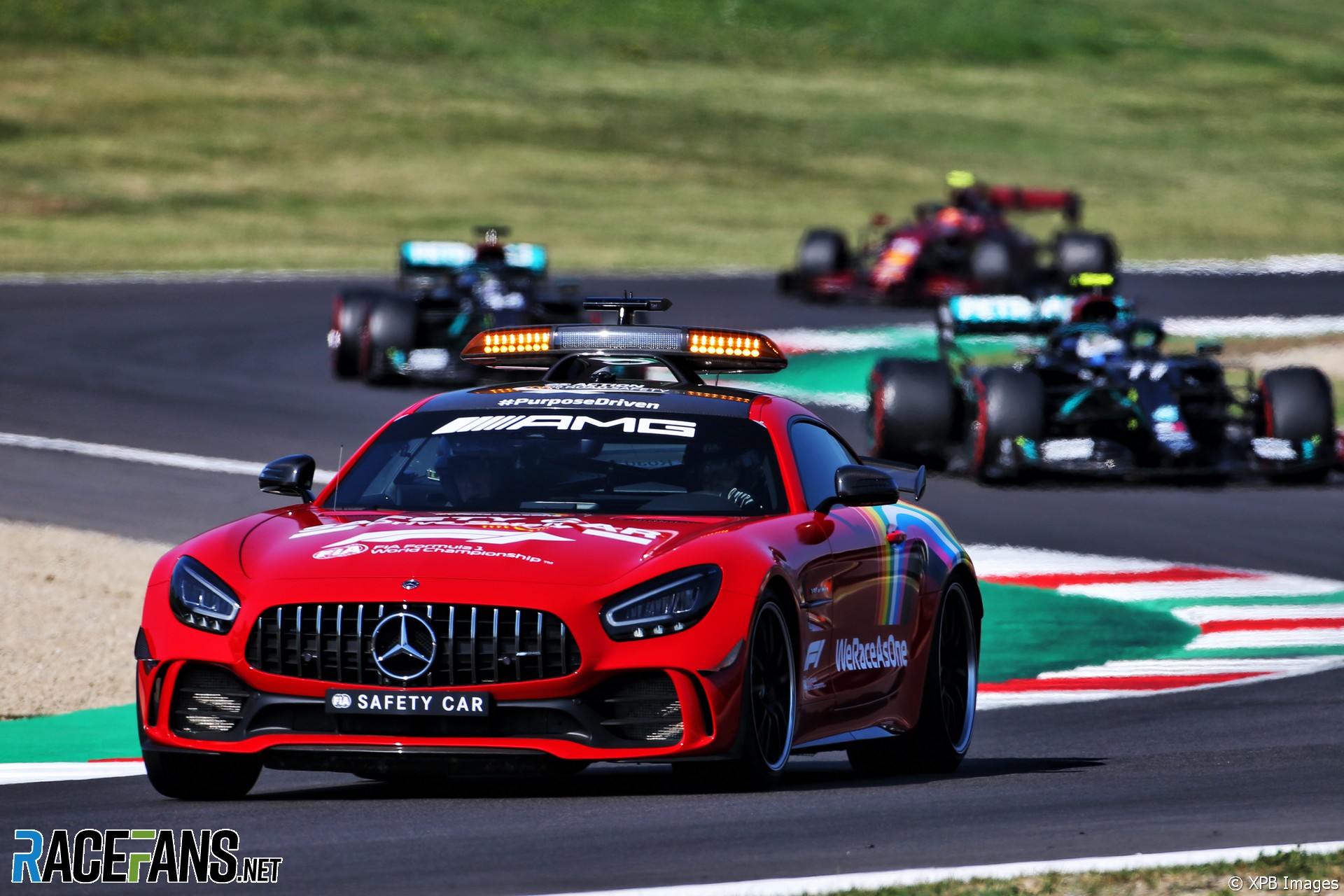 Lewis Hamilton said late decisions to restart races are putting drivers at risk, after a major crash which forced today’s Tuscan Grand Prix to be stopped.

Carlos Sainz Jnr, Kevin Magnussen, Antonio Giovinazzi and Nicholas Latifi were all eliminated in the crash during a rolling restart on lap eight of the race.

The queue of cars was being controlled by Valtteri Bottas, the race leader, at the time. Hamilton, who was running second behind his team mate during the restart, said Bottas was not responsible for the crash.

“It’s absolutely not Valtteri’s fault at all,” said Hamilton. “It’s the decision makers.

“They’re obviously trying to make it more exciting but ultimately today you’ve seen it put people at risk. So perhaps they need to rethink that.”

Hamilton said the late decision to trigger the restart by calling the Safety Car into the pits, at which point its lights are switched off, contributed to the crash.

“They’ve been switching off the Safety Car lights later and later,” he said. “We’re out there fighting for position. Especially when you earn a position, like Valtteri earned the position of being in the lead.

“Obviously they are trying to make it more exciting, but today was probably a little bit over the limit, perhaps. But he did exactly what anyone would do.”

Alexander Albon, who was running further behind in the queue, said the way Bottas managed the restart was predictable given its timing.

“I think when you put the control lines so far in front and then also leave the [Safety Car] lights so late, it’s pretty obvious where Valtteri is going to take off,” said Albon. “He’s going to take off as late as he can.”

“The top five were almost doing like a double formation start because we were all just waiting for the take-off,” said Albon. “So it is dangerous. I think tracks like this are always going to be difficult as well with long straights but definitely something could have been done better.”

“I think our team opened up the discussion again this morning before the race saying that it’s a bit of a concern here,” he said. “But they said basically they’re going to keep doing it because it’s better for the show. I think that was the reply.”