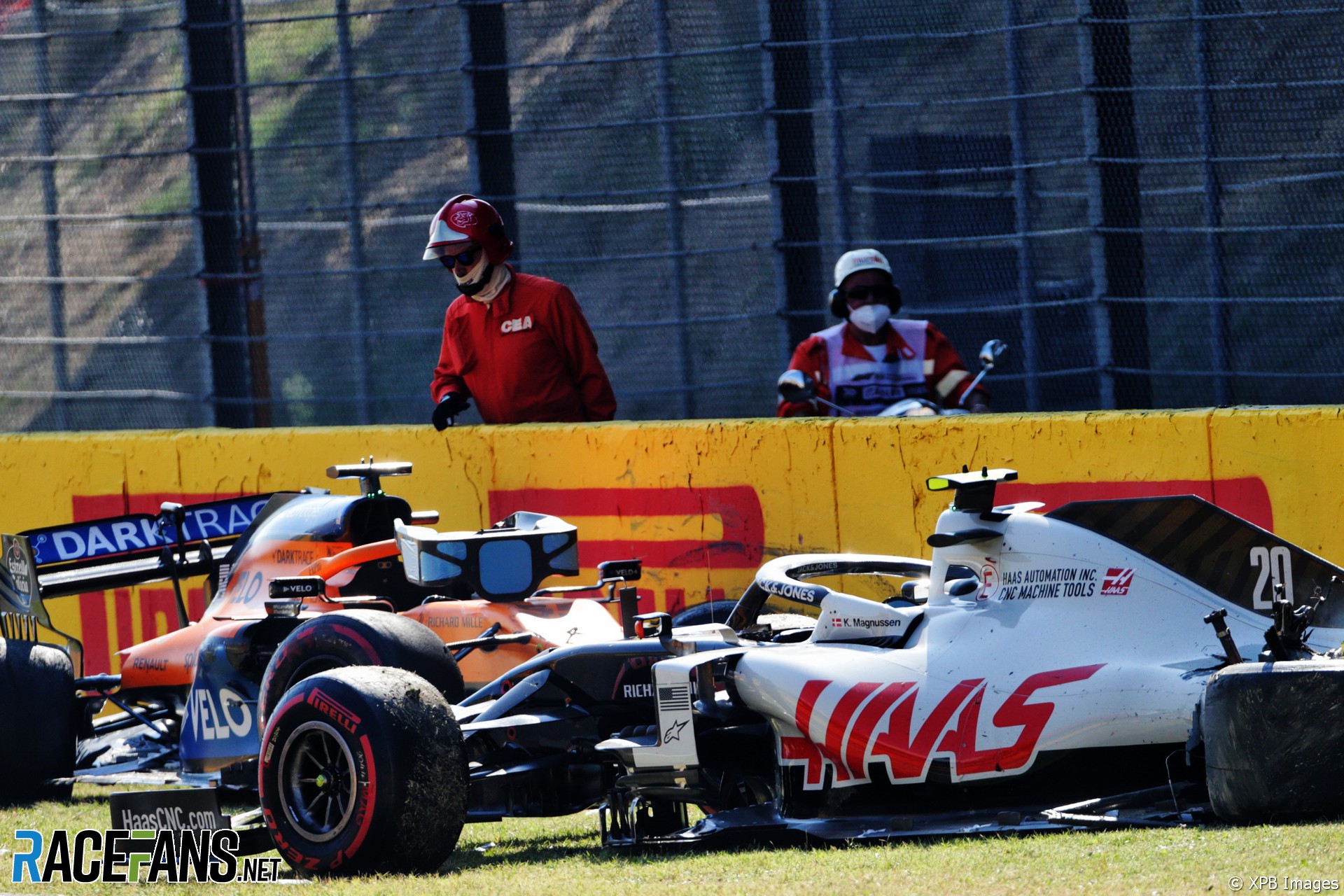 Formula 1 should look at how its restart procedure can be improved following a crash which wiped out four drivers in the Tuscan Grand Prix, says Antonio Giovinazzi.

The Alfa Romeo driver retired along with Carlos Sainz Jnr, Kevin Magnussen and Nicholas Latifi in the crash, which caused the race to be red-flagged.

Giovinazzi said the crash was caused by some drivers in the middle of the pack accelerating too soon, while others ahead had slowed.

“People behind were pushing already,” he said. “The last thing that I saw was Magnussen completely stopped in front of me.

“I tried to avoid him but he was just there and I was already flat out. So it was just a really dangerous manoeuvre.

“I’m really frustrated especially because after lap one I was up to 14th and after that everything could happen. Just really dangerous things. We need to check what we can change of this.”

Latifi, who was running behind Magnussen at the restart, said he expected restarts would be difficult on the long straight at Mugello.

“On this track with the finishing line being so late it was quite clear, I think, that the leader was always going to try and go as late as possible, just to avoid the slipstream effect. In the midfield to the back of the pack the concertina effect always makes it a bit more difficult to judge.”

The Williams driver said he almost hit Magnussen at the final corner, and couldn’t do anything to avoid the crash which occured on the pit straight.

“From already the little straight going into the last corner it seemed like at least the cars around me everyone was pushing flat out at the restart. So obviously I went.

“But I almost hit the back of Kevin already at the apex of the last corner, I had a really close miss there. And then we bunched up again and then it seemed like everyone went again.

“So when you’re that far back and just reacting to the cars around, in my experience when that happens as happened in Formula 2 in Baku most noticeably, if the leader doesn’t keep a consistent pace – I’m not sure if that’s the case, obviously, I can’t see – it just amplifies the effect.

“So I really couldn’t do anything to avoid that. It was a shame.”