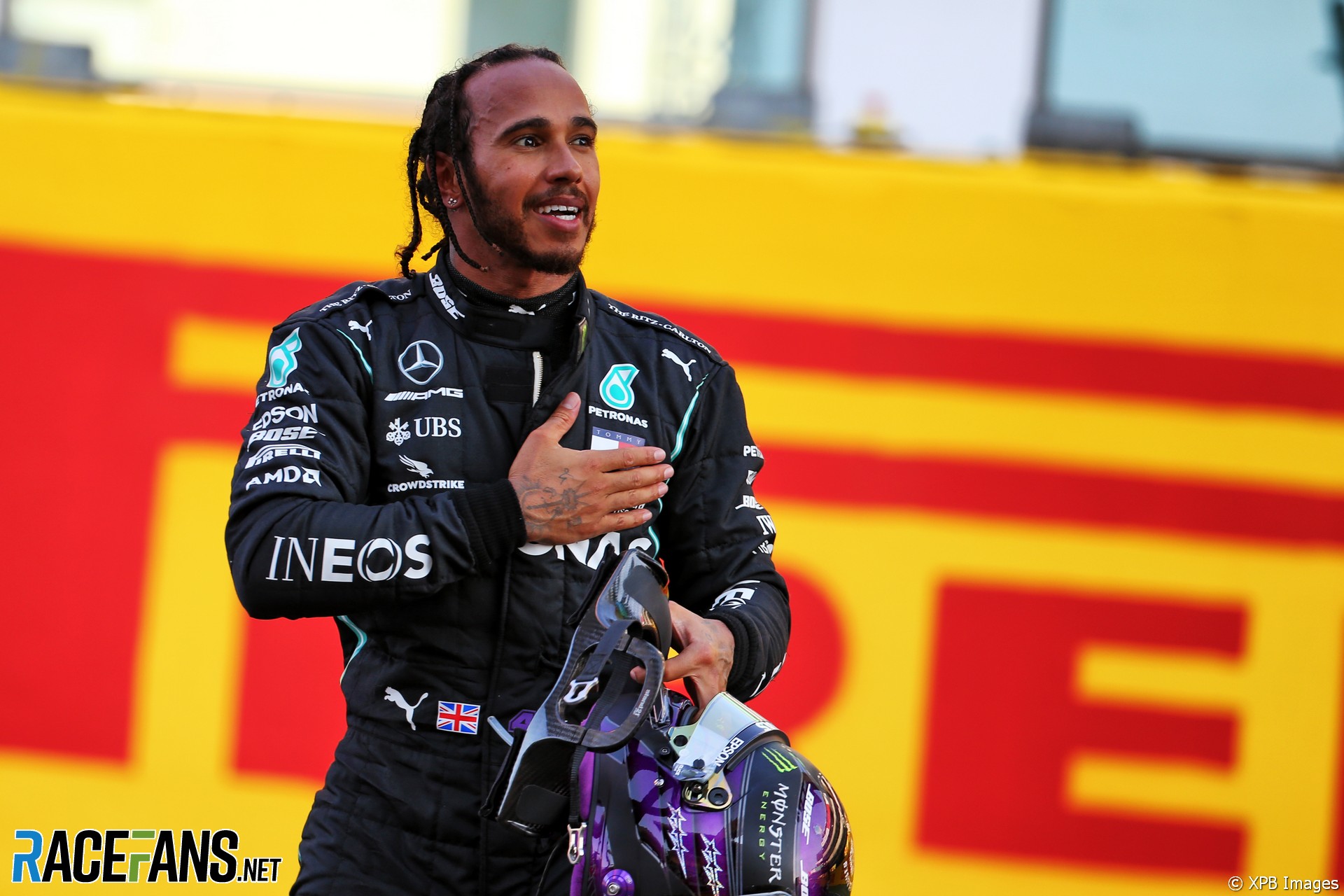 Lewis Hamilton scored his sixth victory of 2020 in a crash-strewn Tuscan Grand Prix which was interrupted by two red flags.

The Mercedes driver lost his lead to team mate Valtteri Bottas at the race’s original start, but regained it during the first of two standing restarts which were required during the afternoon.

The Safety Car was deployed soon after the start of the race in response to a crash which eliminated Max Verstappen and Pierre Gasly. Verstappen had started slowly and appeared to be heading for retirement when he was hit by the AlphaTauri, which had tangled with Kimi Raikkonen’s Alfa Romeo.

Carnage broke out at the rolling restart, as several drivers accelerated before the leaders, and a pile-up wiped out four drivers. Carlos Sainz Jnr, Kevin Magnussen, Nicholas Latifi and Antonio Giovinazzi all retired on the spot. The collision is under investigation.

At the second standing start of the day, Hamilton retook the lead from Bottas, and began to draw clear. Lance Stroll moved up into third place behind them, but a rapid Daniel Ricciardo climbed through the field and eventually took third place from the Racing Point.

On lap 45 Stroll appeared to suffer a left-rear tyre failure in the fastest corner on the track, Arrabbiata two. The Racing Point hit the barrier hard, and while Stroll looked unhurt the race was red-flagged so his smouldering car could be recovered and the barrier repaired.

This handed Bottas another chance to pass Hamilton, but at the final standing start he was passed by Ricciardo. The Renault only stayed ahead for one lap, but it was long enough for Hamilton to make good his escape. After Bottas passed Ricciardo, Alexander Albon soon followed him.

The Ferrari drivers occupied the bottom two places in the points in the team’s 1,000th race, Sebastian Vettel taking 10th. George Russell came in 11th for Williams, narrowly missing out on scoring his first point. Romain Grosjean was the only other finisher.