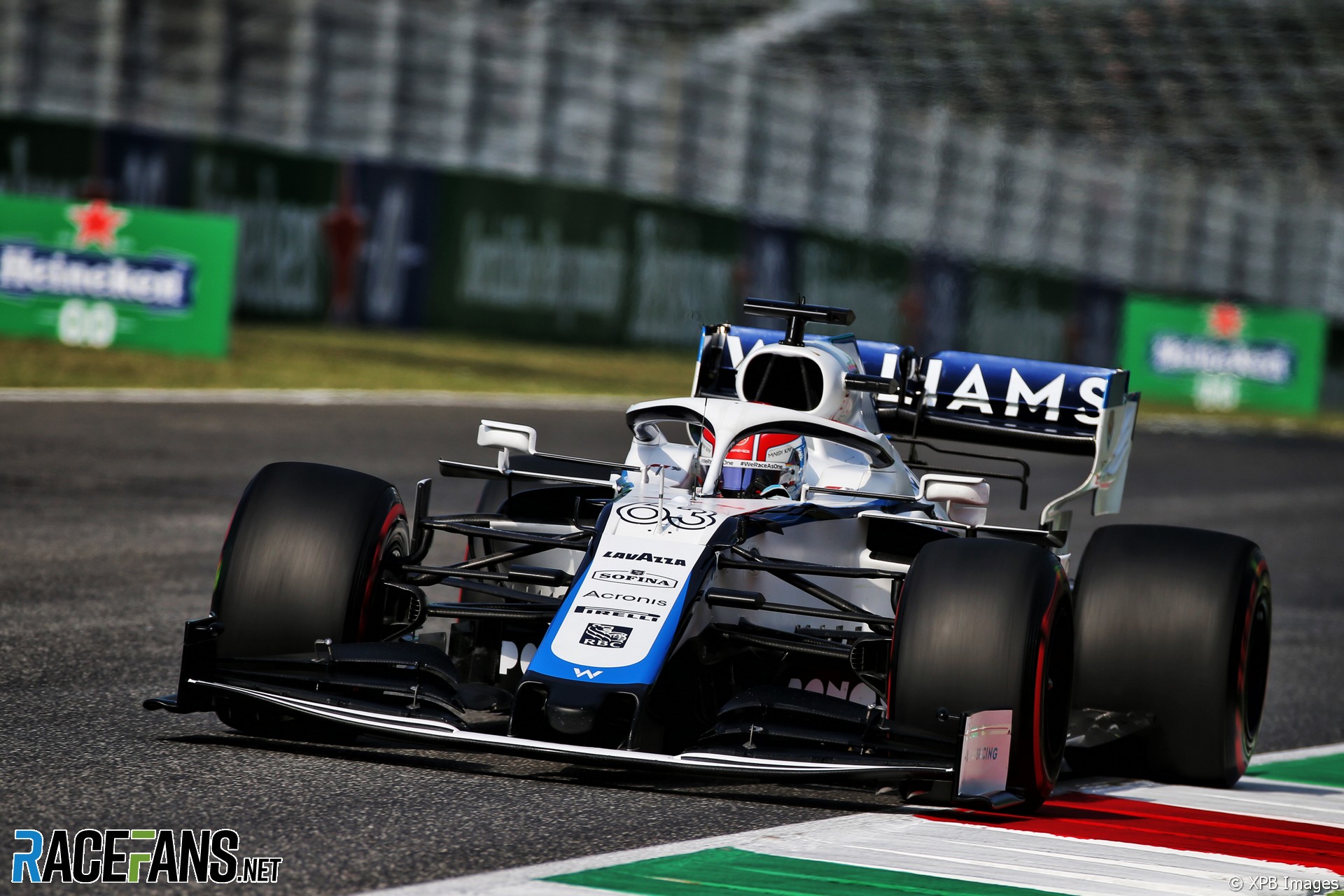 George Russell pinned the blame for missing out on his first world championship point in Formula One on a poor launch off the grid at the second standing restart of the Tuscan Grand Prix.

The Williams driver appeared to be in contention for the first points finish of his career before the second red flag stopping of the race. But a poor getaway from the grid saw him drop outside the top ten and out of the points.

“Guys, I don’t know what to say,” Russell lamented over the radio after crossing the line in 11th place.

“Without that red flag, we’d have been in the points.”

Speaking after the race, Russell pointed to the final restart as being where his first points finish was lost.

“I just lost all my positions off the line with that second restart with a poor launch,” says Russell.

“I don’t really know what happened – everything seemed to be on target with the procedures. The other starts were okay, nothing special, but that last one with soft tyres I just went into wheelspin and got hit by Kimi and then you can’t do anything from there. I drove my heart out.

“We made a mega start at the first start. Our pace was good. I was fully maintaining the position. We had ninth in the bag and just had to bring it home.”

Russell also shared his view of the frightening crash after the initial safety car period that saw a number of cars collide at the restart.

“It was kind of inevitable when it felt like they were accelerating, decelerating and there’s just a concertina effect,” Russell says.

“This has happened a number of times before in junior formulae and it will always continue to happen when you have 20-odd cars in the race accelerating and decelerating every quickly. It’s not ideal. It obviously caused a lot of damage to a lot of people. The race just went wrong for us at the wrong time.”