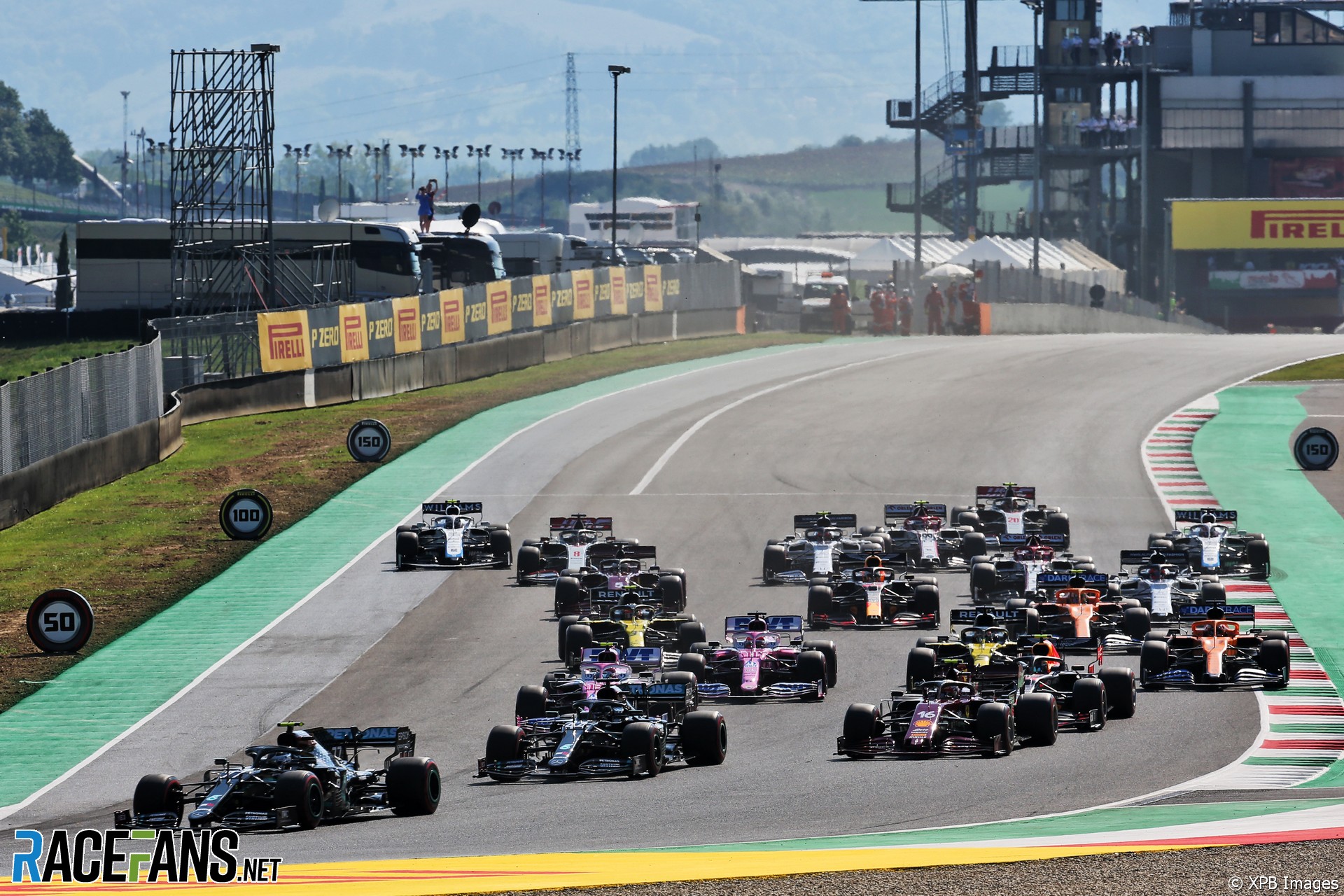 The Tuscan Grand Prix has been red-flagged after a pair of crashes at the start of the race.

A major crash at a Safety Car restart left the pit straight covered in debris and wrecked cars. The race had been restarted following another multi-car crash at Luco on lap one.

Max Verstappen and Pierre Gasly were taken out of the race on the initial start. The Red Bull driver was falling back into the pack due to a problem with his power unit when he was collected by Gasly and Kimi Raikkonen, who tangled on the run out of Dan Donato.

Carlos Sainz Jnr and Lance Stroll collided ahead of them, but both were able to continue.

Following a length interruption to clear the track, the race restarted behind the Safety Car. The field bunched up tightly behind race leader Valtteri Bottas and several cars at the back of the field collided.

Antonio Giovinazzi made heavy contact with Kevin Magnussen, sending the Haas into the side of Nicholas Latifi’s Williams. Sainz also ran into the back of Giovinazzi’s Alfa Romeo. All four were eliminated from the race.

The red flags were shown soon afterwards and the depleted, 14-car field returned to the pits. The race is expected to resume with a standing restart.

“That was fucking stupid from whoever was at the front,” fumed Grosjean on his radio. “They want to kill us or what? This is the worst thing I’ve seen ever.”

Bottas asked his team for an explanation what had happened at the restart. “I think Valtteri it was people going between you’d gone so they concertina-ed into each other,” said strategist James Vowles.