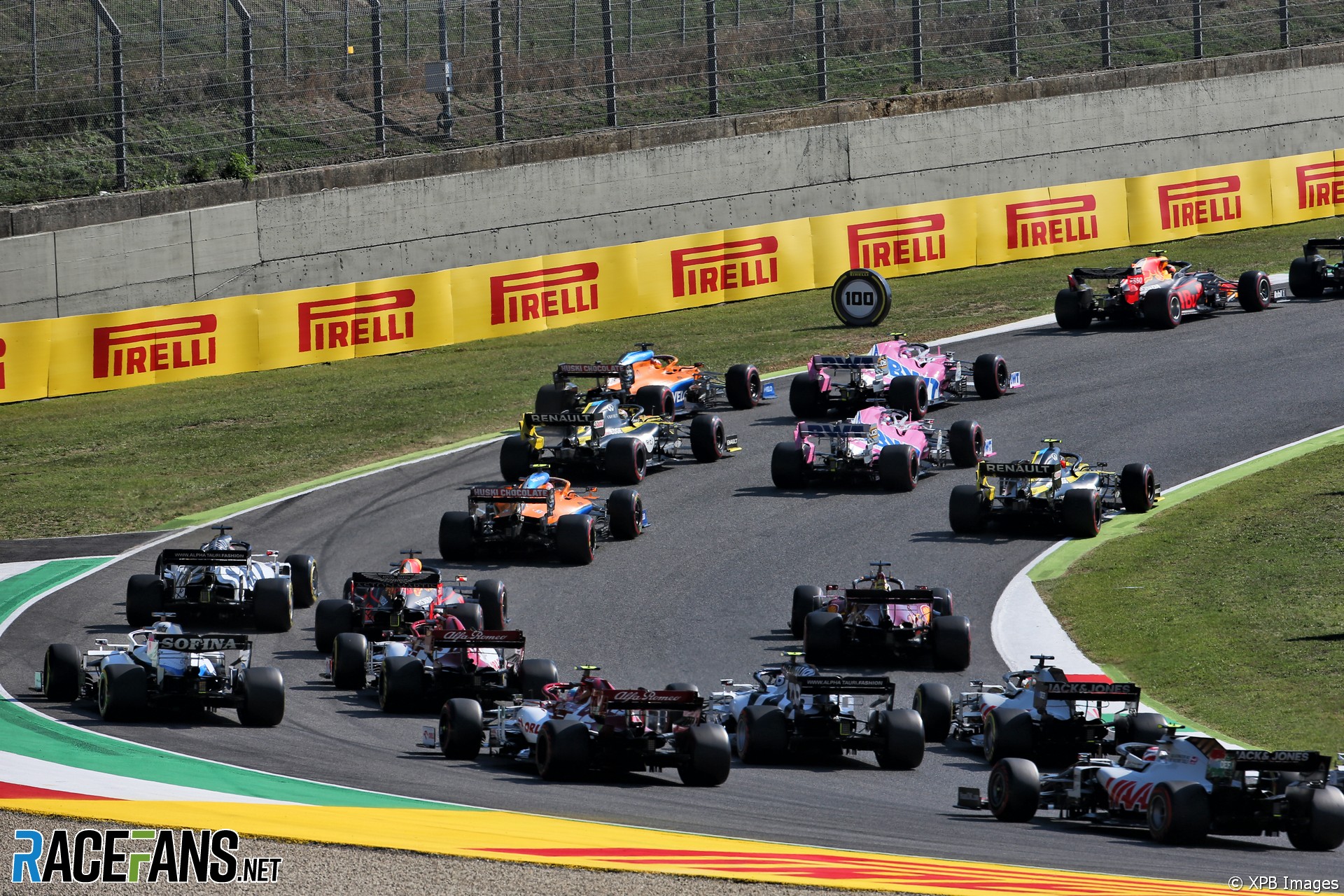 Max Verstappen was more frustrated about his latest engine failure in the Tuscan Grand Prix than the crash which ended his race.

The Red Bull driver slowed immediately as he accelerated away at the start of the race. He was then hit by Pierre Gasly and Kimi Raikkonen on the approach to Luco, the second corner.

Verstappen had reported a problem with his engine on his reconnaissance lap on the way to the grid. The team tried to fix it prior to the start. However Verstappen said the problem returned as soon as he pulled away again.

“It wasn’t [fixed],” he told Sky. “Already on the formation lap the engine stalled.”

It is Verstappen’s second engine fault in as many races. “Once I went flat out the engine had a similar problem, I guess, to what we had in Monza, so there was no power there,” he explained.

“Then you get into the situation where you are in the middle of the track and it’s quite easy to get involved with a crash.”

Verstappen said he wasn’t disappointed about the collision which ended his race.

“I don’t even know what happened,” he said. “I just got hit from behind.

“I’m not disappointed about that, we shouldn’t even be in that position. It’s just really disappointing that again we have a retirement.”

“I’m really not happy at the moment but you can’t change it,” he added.