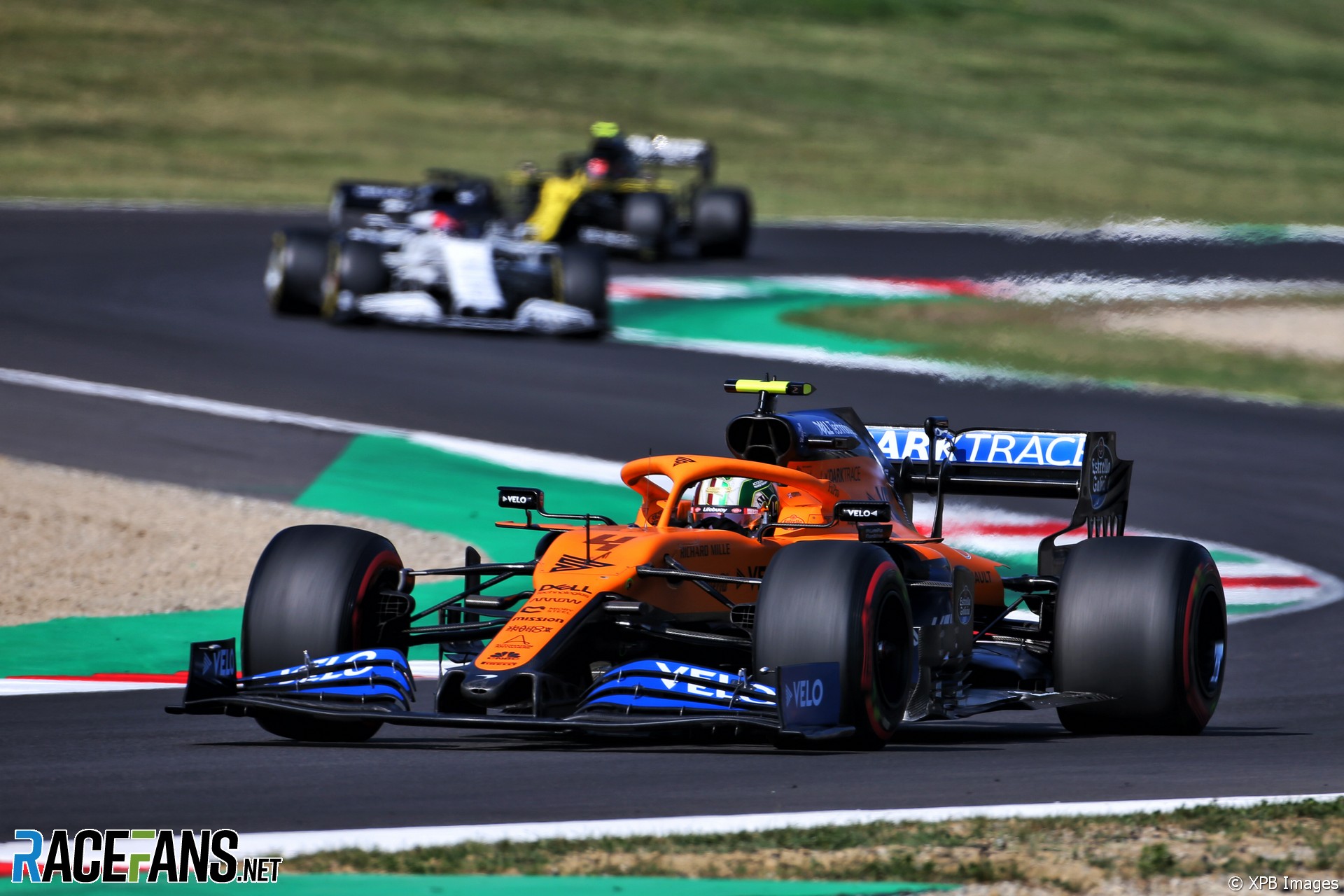 In the round-up: Lando Norris was pleased to salvage sixth place from the Tuscan Grand Prix on a weekend when McLaren were not competitive.

Norris failed to reach Q3 for the first time this year but finished well inside the top 10:

It was a tiring race. Very physical. A lot of stop and go.

It’s not easy to always get out the car, be out of the zone and get back in and nail everything and be on the limit of a Formula 1 car around Mugello, it’s not easy at all.

It was a tough race, but I don’t think I could be any happy with our result. Of course we got a little bit lucky with some people crashing ahead of us and so on. Our pace today was not very good and we still had sixth.

A lot of damage limitation for us as a team, I think, even though Carlos was out, which was a bit unlucky. I think we made the best of a bad weekend.

Have to do a doping test, where you have to pee into a pot. Why when I have to do this does my body feel like I’ve not drunk in the last 30 days 😂😂 been sitting here 2 hours now

I hate it when drivers throw steering wheels, surely they have some idea of the time and money that goes into manufacturing one. 🤦🏽‍♀️ #TuscanGP

The late SC lights out prevent a leader from going early, prompting them to go very late instead. Not the whole reason for all these restart crashes in F1/2/3, but certainly increases the risk up to T1/2 with so many cars bunched up. #TuscanGP

Romain Grosjean: "At the first red flag I saw the state of the car, I didn’t know how we were going to keep racing, half of the left-hand side was missing. The guys said to hang in and we did our best. The last restart was fun, I managed to get up the order a bit. But when you’re missing about two seconds a lap, which we had calculated in aero damage, there’s not much you can do."

Checo into the points in tricky Tuscan GP (Racing Point)

"First of all, I’m okay after what was a big impact. We’re still investigating the cause of the crash. It all happened so quickly, but it felt like a puncture."

"The Safety Car restart was probably more challenging than the race start itself. We’d spent a long time this morning talking it through, we knew that the Safety Car lights would go out really late which meant the lead driver can’t go early as everyone will sit in their tow and pass."

"Frustratingly the subsequent red flag lost us track position and allowed Grosjean and Raikkonen to un-lap themselves. We had a poor final stint, losing places at the restart and then struggling to overtake Vettel."

"The only regret is that we had only one car in this brilliant race as Esteban had to retire due to a brake overheating problem; the root cause of which will have to be investigated."

"Lewis Hamilton's Mercedes Formula One team is close to signing a £700 million deal that will see it sold to chemicals giant Ineos and Britain's richest man, Sir Jim Ratcliffe, it was claimed on Saturday night."

Mick Schumacher, who is close to securing an F1 seat in 2021, is rising above his rivals in Formula 2 this season, says Tommy:

This weekend highlighted to me the immaturity of some of the drivers in F2. The radio tantrums, the late unnecessary dives, not giving your teammate space and so on. A cool head and consistency will win this championship and Mick sure seems to be on track in that respect. Hopefully he can hold it together.
Tommy C