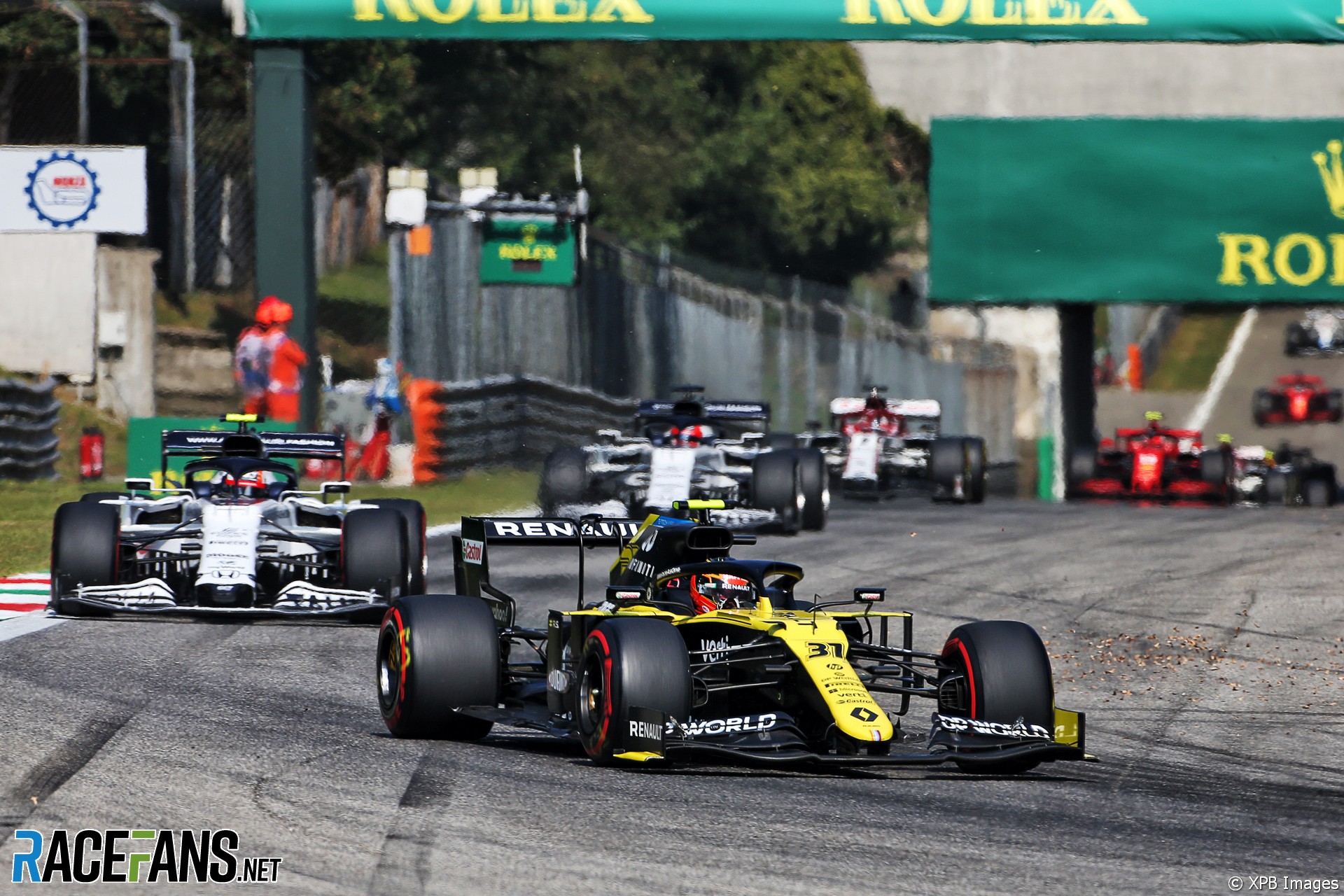 In the round-up: Esteban Ocon says he was pleased to see the positive response in his home country to the breakthrough win by fellow French driver Pierre Gasly.

Gasly had run behind Ocon prior to his unexpected win at Monza earlier this month:

It’s awesome to see how the community of France have reacted to that. It’s great. Of course, there hasn’t been a French winner for so long so we are really pleased that Pierre has done that.

Of course, I would have preferred for it to be me, but well done to him. It was not easy and of course he did a fantastic job. I did send him a text on Tuesday saying ‘congratulations, you did a great job’. So let’s let’s hope we have a few more of those in the short future.

"I think some stuff in the past with Santino (Ferrucci) a lot of people are like 'you should wait for the comeback that Santino's going to have for you'. But he's done some stuff in the past to me that I didn't like and I think it kind of bit him. But I don't try to race dirty like that. I was loose anyway so I was trying to carry the speed and keep the car under me on the cold tyres. It's different with different people - I don't think Dixon or Hunter-Reay would put himself in that kind of position at all."

"The Formula E championship has become the first global sport to be certified with a net zero carbon footprint from inception, investing in certified climate-protecting projects in all race markets to offset emissions from all six seasons of electric racing."

"We are looking to build an iconic new sports brand in Aston Martin F1 Team, and in the process we believe we will create a unique global marketing platform for other brands and partners."

"Porsche has moved a step closer to confirming an LMDh program."

"Today, in the United States District Court for the Central District of California, we filed a lawsuit against The Coca-Cola Company. We have never filed a lawsuit like this in our history, and we never expected to be forced to take action against such a longstanding partner."

Heart broken 💔 The car was tired, clutch & brake problems surprised me at high speed and I couldn't avoid brushing the wall. Then the car wouldn't restart in the pits because of air in the clutch system. That lost us the podium. I'm sorry for my team @rebellion_racing & team mates @romaindumas_official @natberthon. We didn't deserve that. I guess it’s Le Mans and Le Mans can be tough some times. We finished 4th overall. Thank you to every single person that has been working on our cars & supporting us. Bitter, but I will never forget my first Le Mans 24h. #lemans24h

Does Lance Stroll get more criticism than he deserves?

Stroll seems to grey a lot of flak for the fact that daddy bought him an F1 team, in my mind though this isn’t really any different to many other pay drivers who get funding from their family or other big business to but their way into the sport. Perez for instance is loved by fans but also by teams because of the amount of sponsorship money he brings with him. Strolls situation is just more obvious and up front because of the family connection.

I can understand a general dislike of drivers effectively being able to buy themselves into the sport rather than being about the best drivers but lets be realistic, motorsport costs a lot of money so one way or another you need that money to get into the upper levels, irrespective or where or who it comes from.
@Wonderbadger

8 comments on “Ocon: “Awesome” to see reaction in France to Gasly’s win”