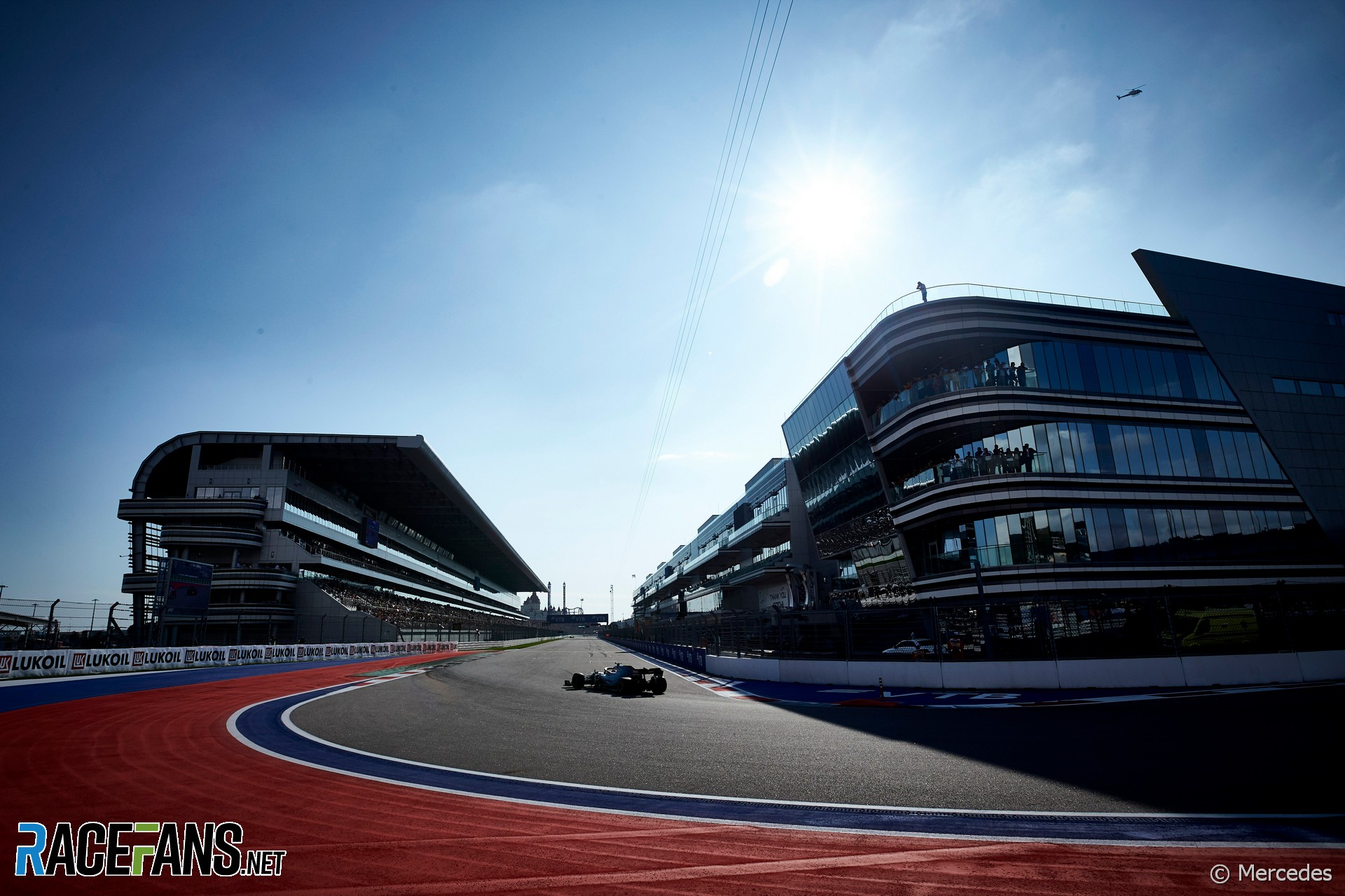 This weekend’s Russian Grand Prix is forecast to be the warmest since the race was added to the calendar six years ago.

Sunday’s race with be the seventh grand prix at the Sochi Autodrom on the Black Sea, in one of the most southernly parts of Russia.

Previous editions of this race have been run in temperatures as cool as 18C, both when the event was held early in the season and in its current later slot. The previous high was 27C, recorded during the race in April 2017.

However air temperatures are forecast to peak at 30C on Sunday, with sunshine throughout the day and zero chance of rain. Pirelli has brought the softest tyres in its range for this weekend’s race – the C5, C4 and C3 – and the track normally noted for placing little strain on tyres could prove more demanding than usual.

Similarly warm conditions are expected in the two days of practice leading up to the race. However more cloud cover is expected on Friday and Saturday, which will mean lower track surface temperatures.

Friday is expected to be dry, and Saturday should be too, though there is a very slight risk of rain coinciding with the afternoon’s qualifying session.