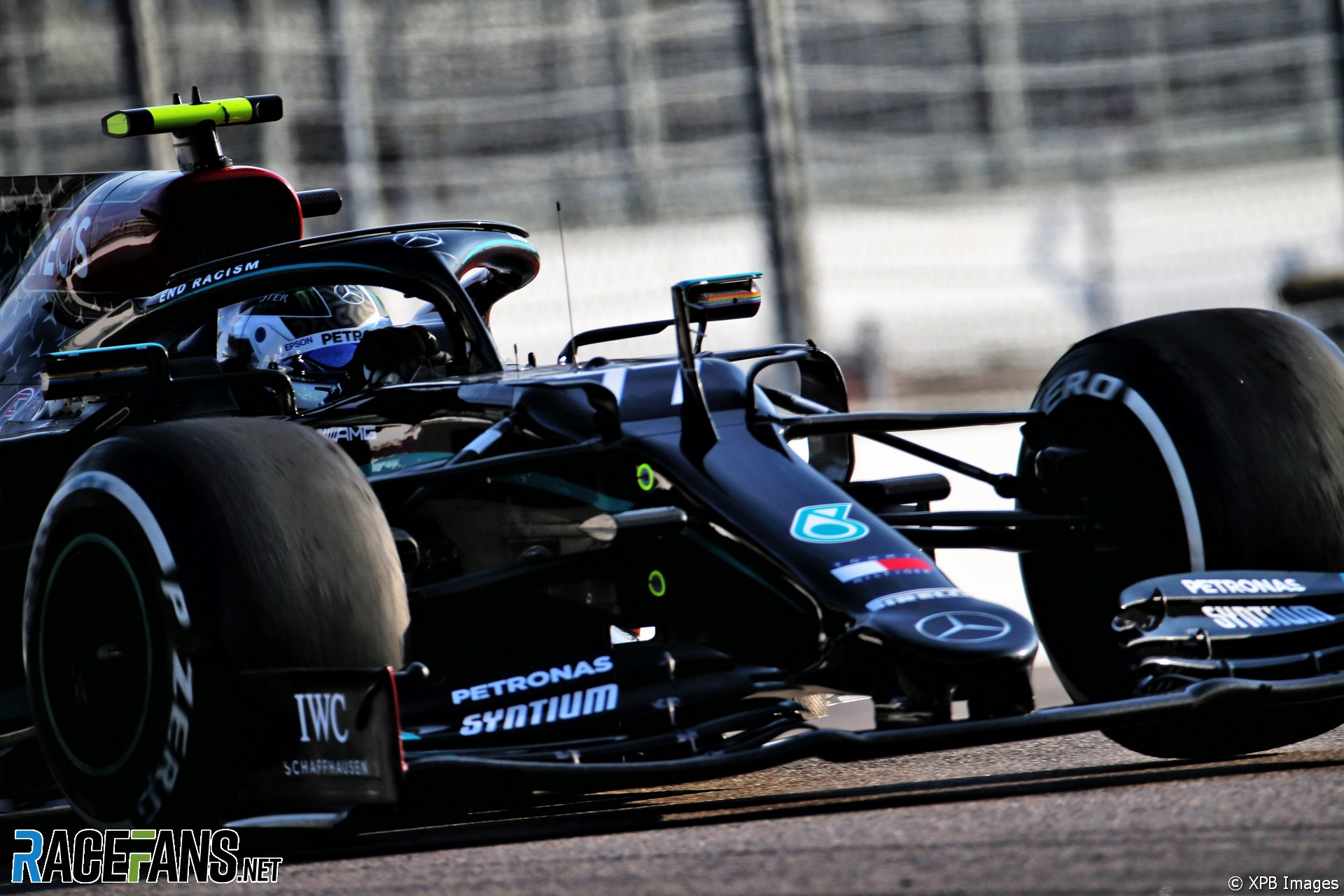 But there is one key aspect in which they are very similar, which will have a crucial bearing on Sunday’s race and possibly Saturday’s qualifying session. The run from the starting line to the first corner is very long.

As we all know, current F1 cars are very draggy. That’s how at this race in 2017 Valtteri Bottas was able to go from third to first at the start, passing the Ferraris which had locked out the front row of the grid. That’s why Ferrari tied themselves in all kind of knots last year trying to co-ordinate their drivers and see off the threat from their slipstreaming rivals.

Barring some unexpected drama, Mercedes don’t have to worry about the two red cars – or indeed any other cars – keeping them from the front row on Saturday. As ever, Sochi looks like a bogey track for Red Bull. The Renault-powered cars led the opposition on Friday, but over a second off the W11s.

So Bottas and Lewis Hamilton are likely to have the front row to themselves. Ordinarily whichever of them is ahead could expect to have a significant advantage. But given the long run to turn two at Sochi, that might not be the case.

In three of the last four races, Hamilton has denied Bottas pole position by less than seven-hundredths of a second. Bottas has looked in great shape this weekend on a track where he has historically gone well.

Red Bull are concerned about the pace shown by Renault, and McLaren are in close range as well. Racing Point aren’t behind, though Lance Stroll is running the only example of their new aerodynamic upgrade again this weekend, and didn’t have a straightforward Friday.

“I think Sergio [Perez] was a lot more comfortable with the car to start with,” said technical director Andrew Green.

“Lance wasn’t that uncomfortable with the car, he was just more uncomfortable with the way he was driving. Whenever we asked him about the car, he said ‘the car’s OK, I just can’t put a lap together, I just need more time to think about this’. There was a bit of over-driving going on, for sure on that side. I think Sergio was a bit more relaxed and just went in and progressively built up, I think Lance might have gone in a bit too quick.”

Between those four teams, the fight at the front end of the midfield looks riveting. But Mercedes remain as strong as ever, and on the evidence of day one at Sochi it’s hard to imagine we’re going to see anything other than a continuation of their unbeaten streak at this track on Sunday.

Which of their drivers takes the big trophy could well come down to which one of them doesn’t get pole position.