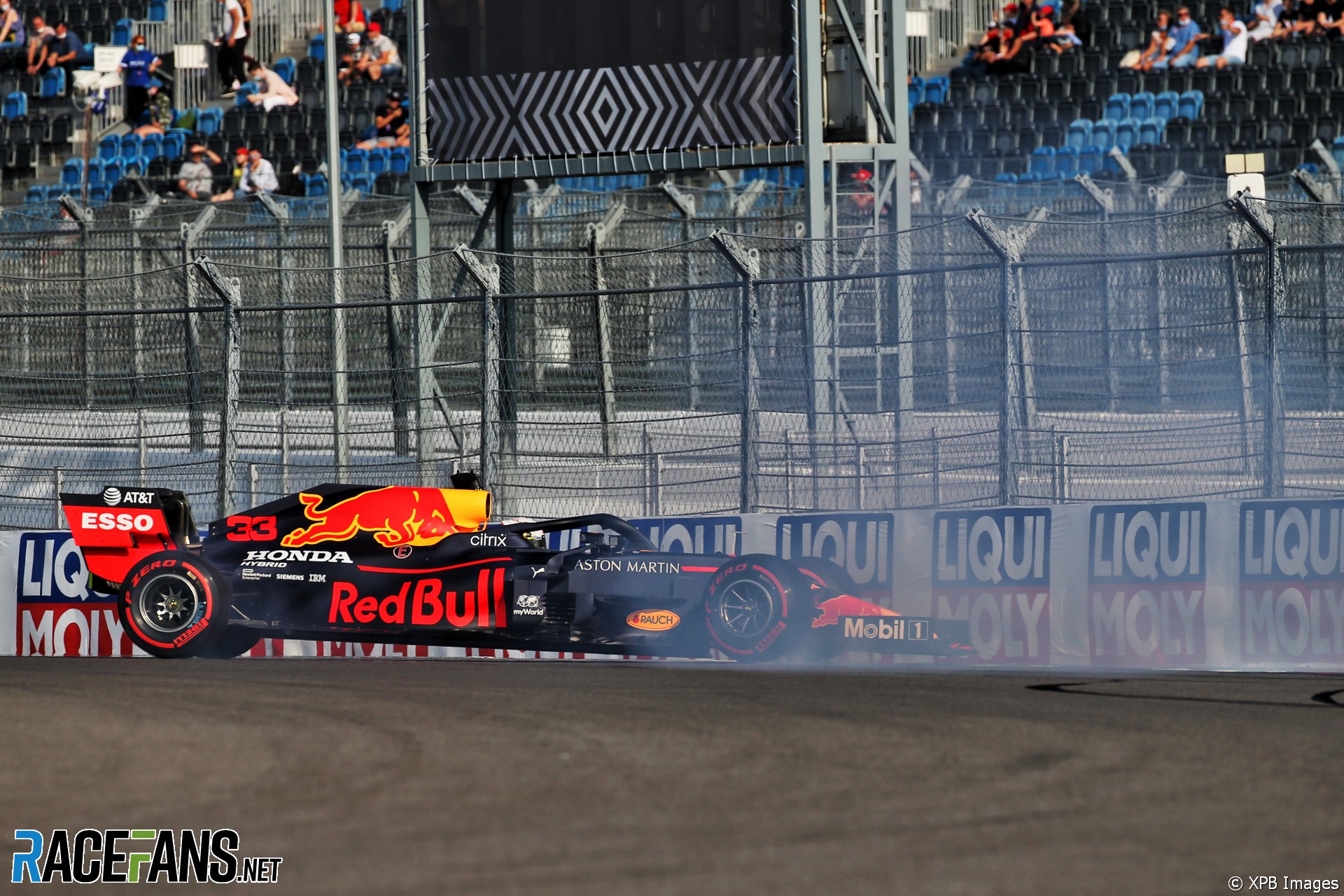 Max Verstappen is concerned about the pace of Red Bull’s rivals Renault after the first day of practice for the Russian Grand Prix.

Almost half a second separated Daniel Ricciardo’s Renault, in third place behind the two Mercedes, and Verstappen’s Red Bull in seventh. Alexander Albon could only manage 12th in the other RB16.

Verstappen also had a spin during today’s second practice session. “I think in general we know this track is not the best for us,” he said. “But we were also trying out some downforce levels and seeing what is the best option.

“Second practice could have gone a bit better but like I said we are testing things out, some worked, some didn’t, so it gives us a few ideas for tomorrow.”

He is unsure Red Bull will be able to come out ahead of Mercedes’ challengers. “It will be tough in qualifying to be third,” he said. “In the race it looks a bit more competitive, I’m happy about that. But there’s still a bit of work to do to make sure we are in third.”

“I think Renault, so far today, they have been very competitive,” he added. “And you never know who else.

“But I think first of all we have to look at ourselves and make the right trade-off with downforce levels and make sure the car is stable. I am quite confident that quali will be tight but I think we can be in the fight.”

“We knew it was going to be hard,” he said. “The midfield have obviously made a big step since last year so it’s a bit more tight.

“It didn’t feel bad, it’s just that everyone’s very fast. We need to do some homework and find out where we can gain little bits.”

13 comments on “Verstappen predicts tough fight with Renault for third”