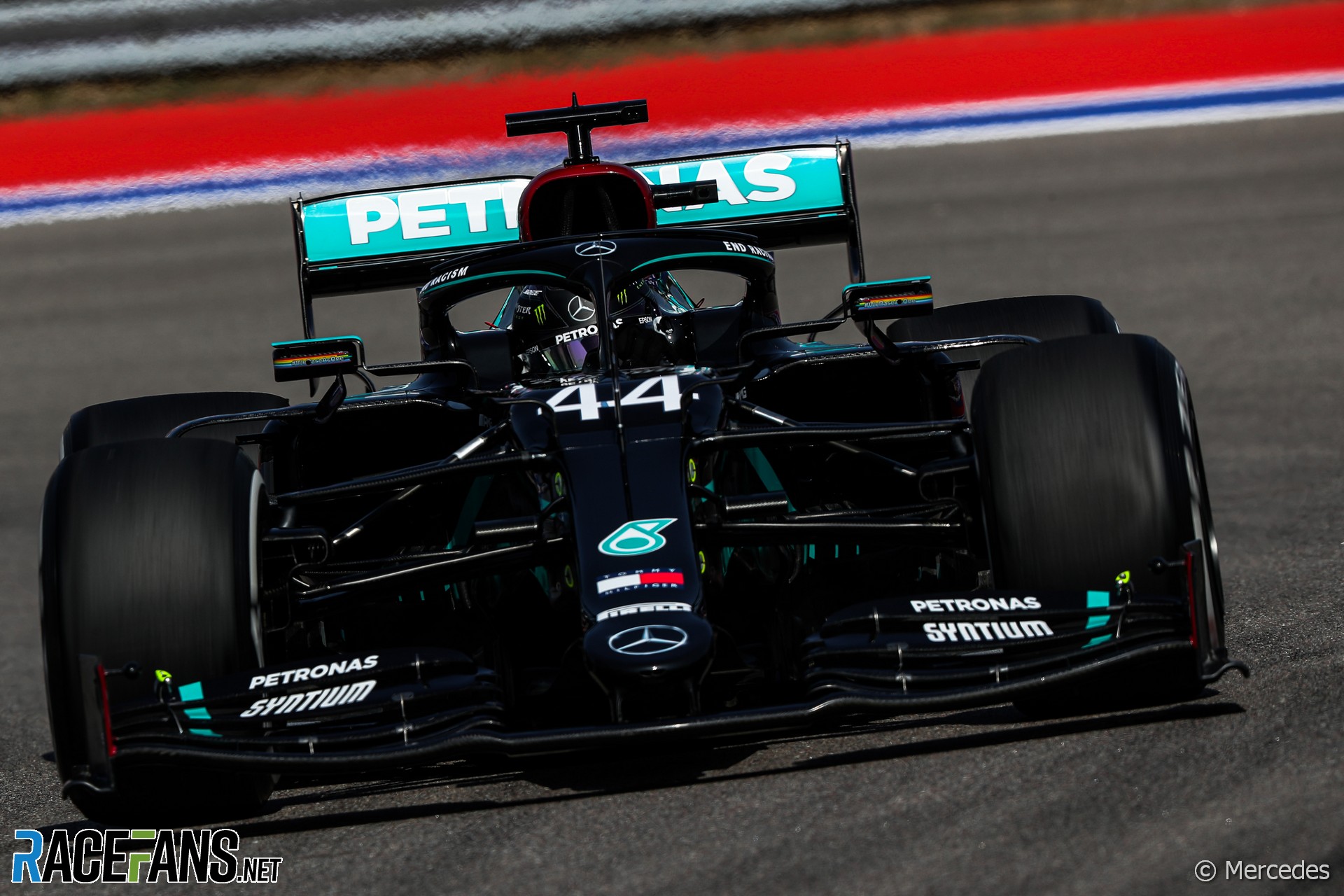 Lewis Hamilton is at risk of receiving a penalty for an infringement on his reconnaissance lap before the start of the race.

Race control announced Hamilton is under investigation for a “practice start outside of the designated area”.

Drivers may only perform their practice starts in specific areas on the circuit. The guidance issued to drivers states: “Practice starts may only be carried out on the right-hand side after the pit exit lights and, for the avoidance of doubt, this includes any time the pit exit is open for the race. Drivers must leave adequate room on their left for another driver to pass.

Hamilton originally lined up to perform a practice start in the same position as his rivals, then asked his team, “There’s all rubber here, can I go further out?” Race engineer Peter Bonnington told him: “Affirm.”

Hamilton then drove further along to the pit lane exit. “To the end of the pit wall?” he asked. “Yeah, copy. Leave enough room for cars to pass.”

As well as being at risk of a penalty during the race, Hamilton could be in danger of receiving further penalty points. He is already on eight, the most of any driver at present, and an automatic ban is issued if a driver reaches 12.