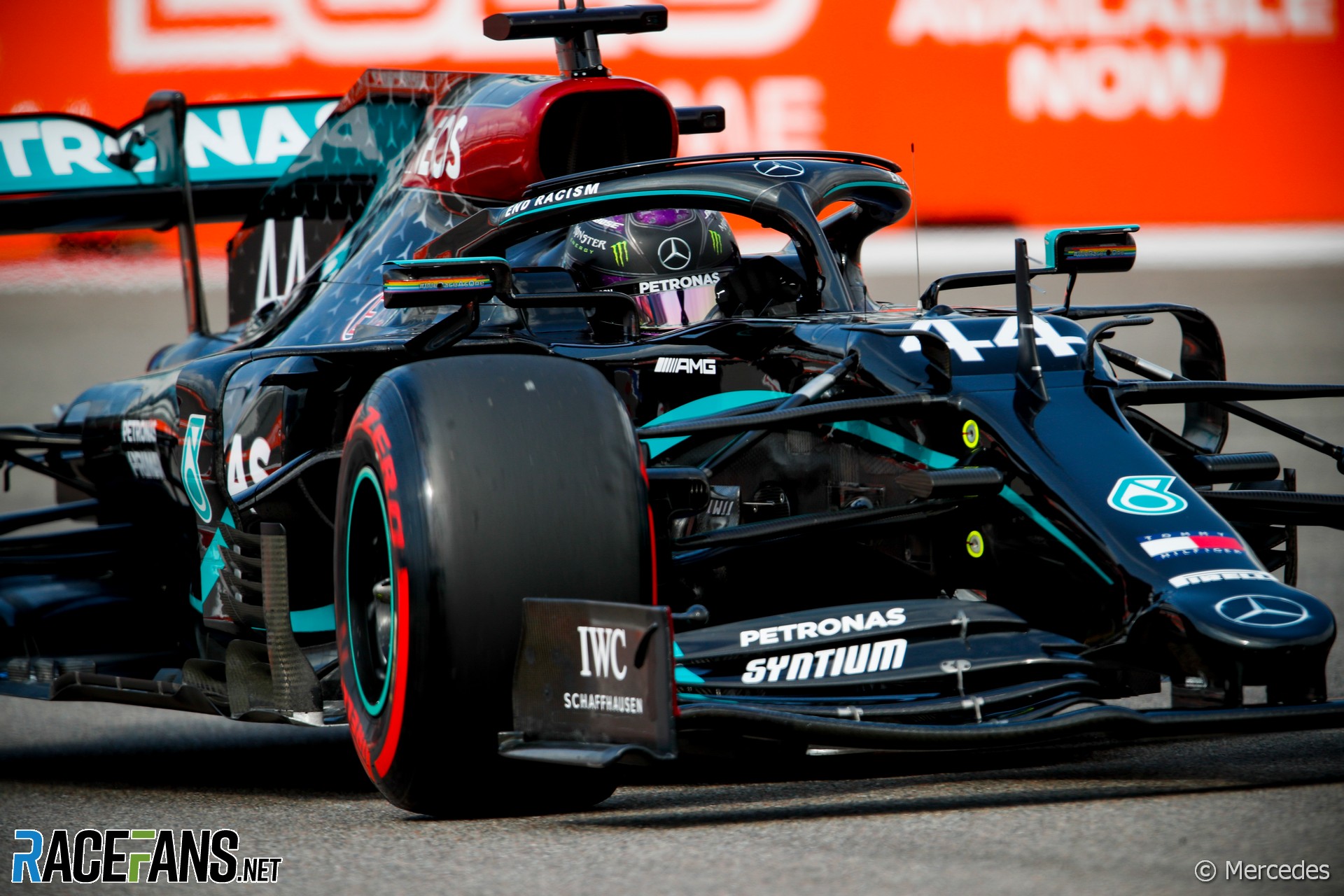 The stewards have cancelled the two penalty points Lewis Hamilton was given for his practice start violations in the Russian Grand Prix.

They have instead issued a €25,000 fine to Mercedes over the error. Hamilton served two five-second time penalties during the race for the infringement.

The stewards ruled the team should be held responsible for the error as Hamilton asked Mercedes whether he was allowed to make his practice start from a different position, and the team told him he was.

“The stewards received information from the team that the driver of car 44 had received a team instruction to perform the practice start in the incorrect place,” the stewards ruled. “This was confirmed by the stewards having listened to the audio between the team and the driver.”

Hamilton was penalised for performing two practice starts in an unapproved locations on the track during his reconnaissance laps. He originally prepared to perform a practice start in the same position as his rivals, then asked his team, “There’s all rubber here, can I go further out?”

Having decided the responsibility for the error lay with the team and not the driver, the stewards decided to “remove the penalty points imposed and fine the competitor (Mercedes-AMG Petronas F1 Team) €25,000.”

Hamilton is therefore now on a total of eight penalty points instead of 10. He will receive an automatic one-race ban if he reaches 12. He criticised the decision to give him two penalty points as “ridiculous” before they were rescinded.

Mercedes had previously said they did not agree with the penalties but would not protest them.