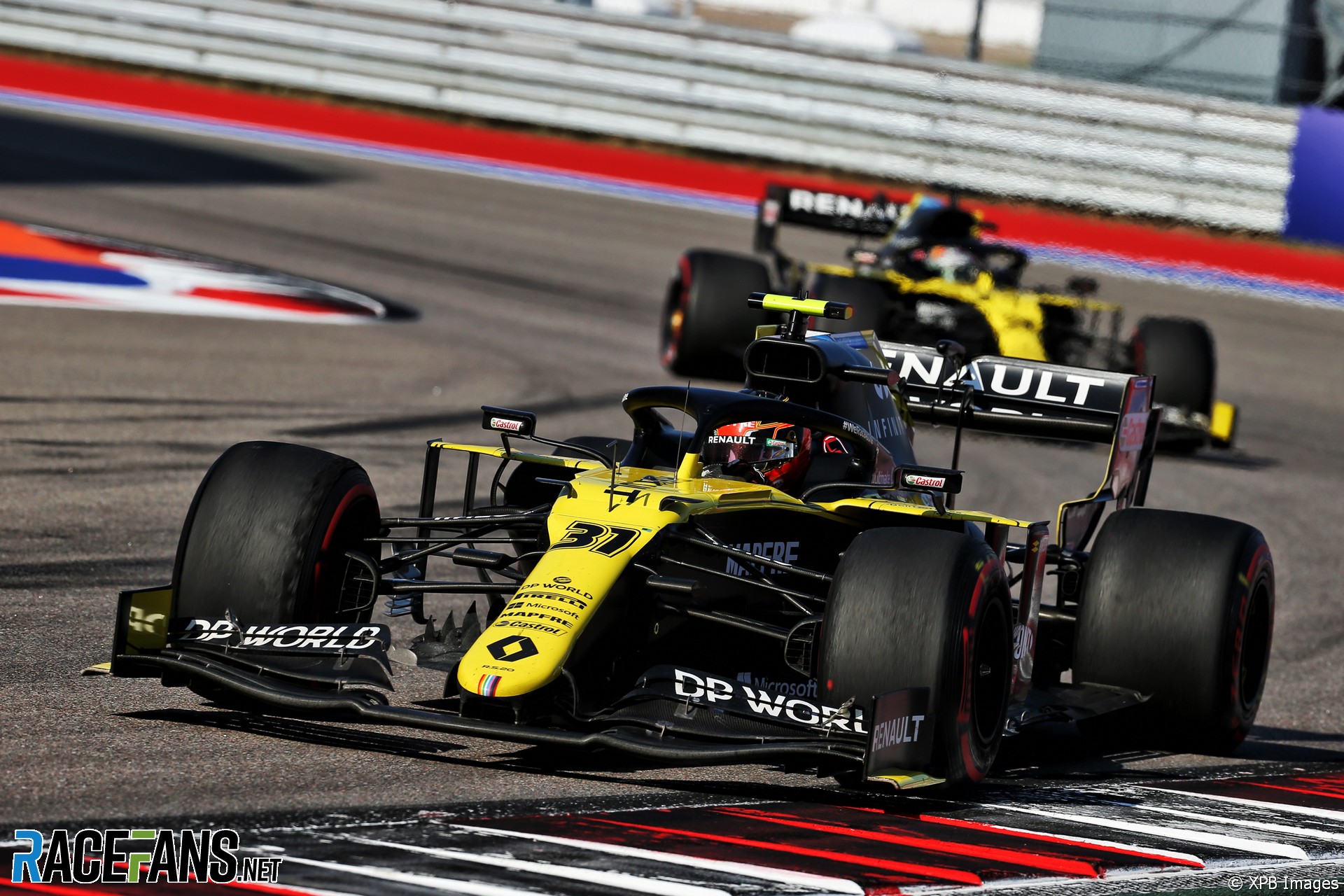 Esteban Ocon was encouraged by his opening stint of the Russian Grand Prix, which he described as his best performance of the season to date.

However the Renault driver admitted he found the second stint more difficult, after letting team mate Daniel Ricciardo overtake him.

“The first part of the race I could really see it was probably the strongest of my season so far,” said Ocon. “I had a good start and the pace was very, very strong in that soft stint. Very comparable to Daniel except that I managed to keep the tyres a bit more alive for a couple more laps, which definitely felt nice.”

Ocon was ahead of Ricciardo after the pair pitted, but let his team mate through on lap 25. He went on to finish seventh.

“Unfortunately, after the stop with the hard tyres, it was a bit more difficult. So we still have a few things to review on that.

“So there was potentially a few more points on the table on my side possible today. But we’re getting there. It’s quite good signs that we had such a good pace in the first stint.

“Obviously it doesn’t feel fantastic because of that second stint. But it’s still a good, decent result for the team because we are catching on the third place in the constructors.”

Following a patchy start to the season, Renault have made encouraging progress with their car in recent races, said Ocon.

“At the moment we’ve had a good understanding, I think, the last couple of races how we set up the kind and where we could improve. We have also a few small upgrades which helped on our performance.

“I think if we [went] back to Budapest and Barcelona, I’m not saying we would qualify fifth or something, but I think things would have been different. As simple as that, I think we we can extract more performance from the car now with the understanding we have.”