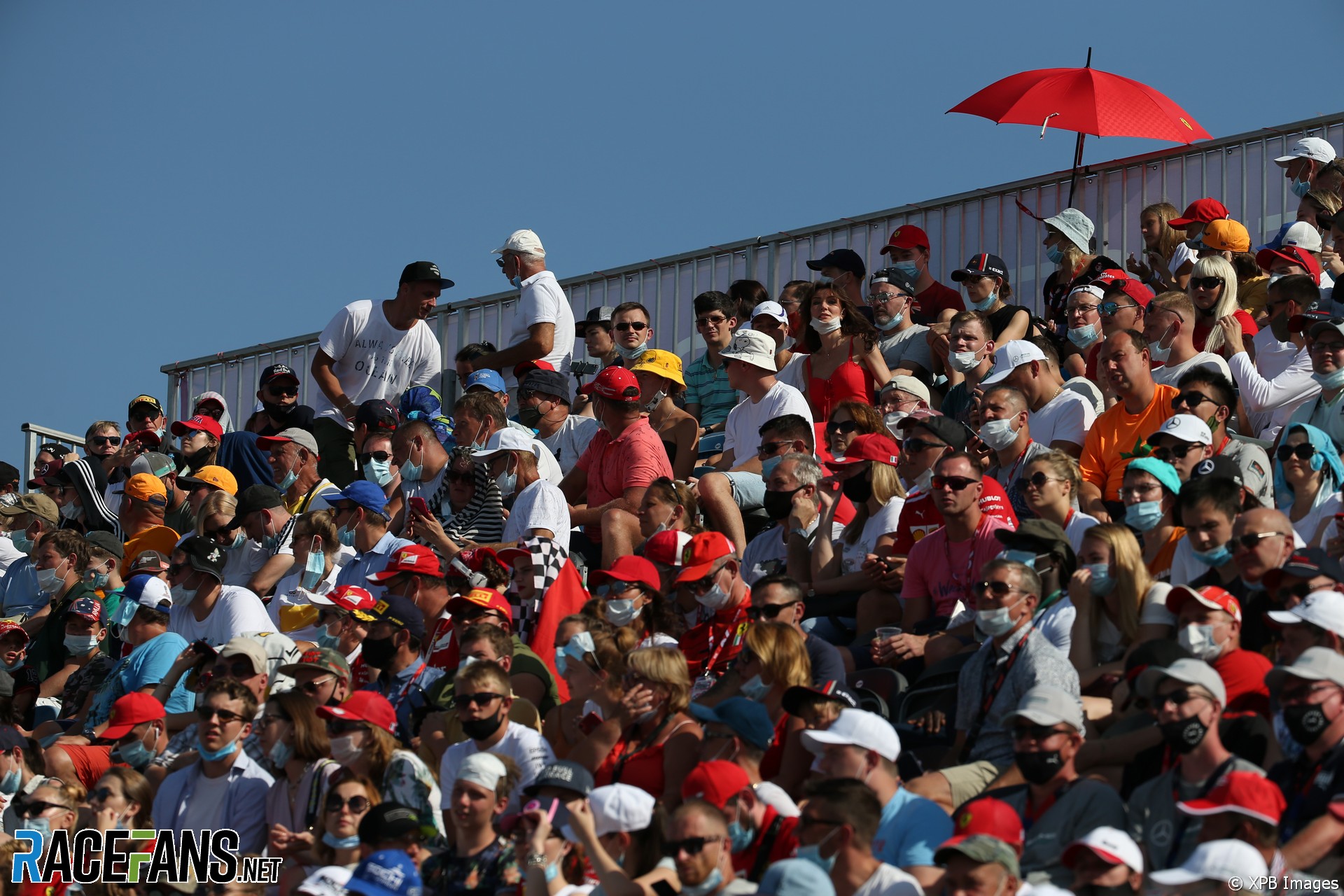 Formula has confirmed a total of 10 positive cases of Covid-19 were discovered over the past week, but insisted the rise is not due to the return of fans at last week’s Russian Grand Prix.

According to F1, the 10 positive cases detected in the past week “were all ancillary personnel” not involved with race operations.

“Those cases and have been managed quickly and effectively without impacting the event,” said F1 in a statement. The presence of fans has not affected that situation as the public was not allowed to enter the F1 bubble as per our protocol in force.”

Around 30,000 fans were permitted to attend last weekend’s race at Sochi Autodrom.

Around 20,000 fans will be admitted to next week’s Eifel Grand Prix at the Nurburgring. The Autodromo do Algarve intends to admit around 45,000 at the following round and Imola plans to accommodate 13,000 at the race after that.