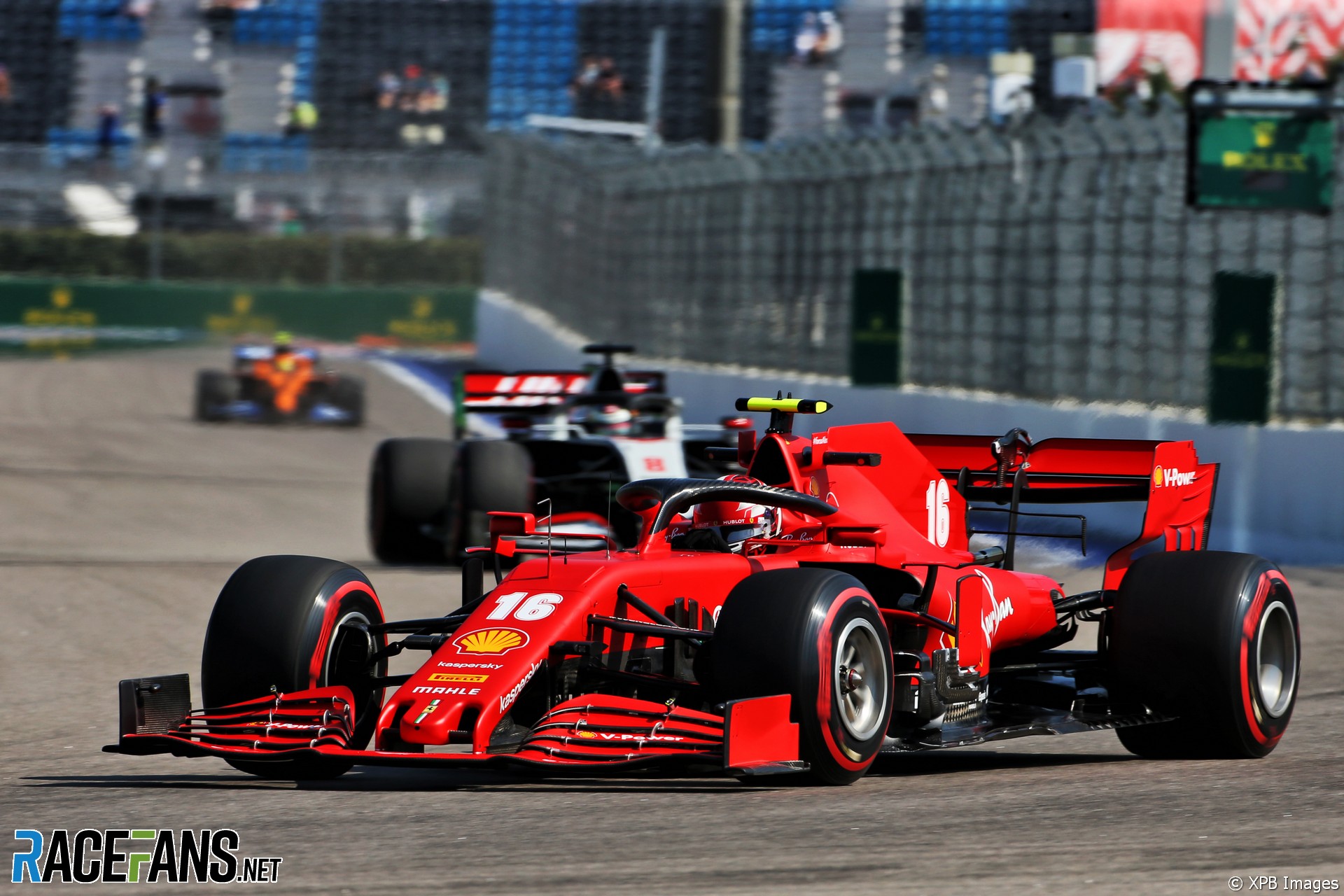 After the first 10 races of the 2020 F1 season, with seven to go, Ferrari lie sixth in the championship. If they finish there, it will be their worst result for 40 years.

Not since their grim 1980 campaign, when reigning champion Jody Scheckter and Gilles Villeneuve scraped just eight points between them to finish 10th in the championship, have Ferrari looked like finishing a season as badly as this.

Their prospects of getting back into the top five don’t look great. They are 25 points behind fifth place. Over the last four races Renault and Racing Point have out-scored them every time, while McLaren have done so all but once.

Ferrari are potentially more likely to end the year seventh. They are 15 points ahead of AlphaTauri, and over the last four races Ferrari only out-scored their fellow Italian team in the Russian Grand Prix. And their rivals reckoned that was merely thanks to the Q3 tyre rule.

That rule is an example of a regulation designed to help those further down the pecking order. The 10 drivers in the bottom half of the field get to start the race on new tyres; the top qualifiers must use old rubber.

The same philosophy is behind F1’s new ‘aero handicap’ rules which will come into force next year. In 2021, the amount of aerodynamic development work teams will be allowed to do will be based on their finishing positions in the 2020 constructors’ championship.

Therefore if runaway leaders Mercedes win the title again, they will be allowed to conduct less aerodynamic development than any of the other teams. Assuming Williams bring up the rear again, they will get the most.

If Ferrari remain sixth, their development allocation will be 13.8% more than the champions. If they slip to seventh, that will rise to 16.6%. In real terms this means more CFD runs and more hours in the wind tunnel to hone their design for the following season.

This is especially crucial as the development work teams do next year will be for the all-new technical regulations which are due to be introduced in 2022. They represent the biggest opportunity yet for Mercedes’ rivals to close the gap to the team which has dominated F1 since 2014.

Ferrari’s poor performance this year therefore stands to hand them an advantage in their development programme for that new rules package. And it may not stop there.

The scuderia could stand to benefit further when it comes to designing their 2023 car, the second under the new technical regulations. The aero handicap will change in the second season, tipping the balance even further in favour of the teams who finish lower down in the championship.

If Mercedes win the 2021 championship and Ferrari finish sixth, Ferrari will get to do 35.7% more aerodynamic development in 2022. It’s obviously very early to be making that kind of prediction, but as next year’s cars will be closely based on current chassis due to new cost-saving rules, it’s not an unrealistic scenario.

The current season may be painful for Ferrari, but the opportunity to ‘fail upward’ when the new rules come must be some consolation. But surely the regulations were intended to benefit teams other than the most generously recompensed outfit of recent seasons.

In 2021 each team will be given a different limit on how much aerodynamic development they can conduct based on where they finish in this year’s constructors’ championship. The fifth-place team will get 100% of the reference total; those who finish ahead will get less, those who finish behind will get more.

Here’s what the teams can expect to get based on their current championship positions: