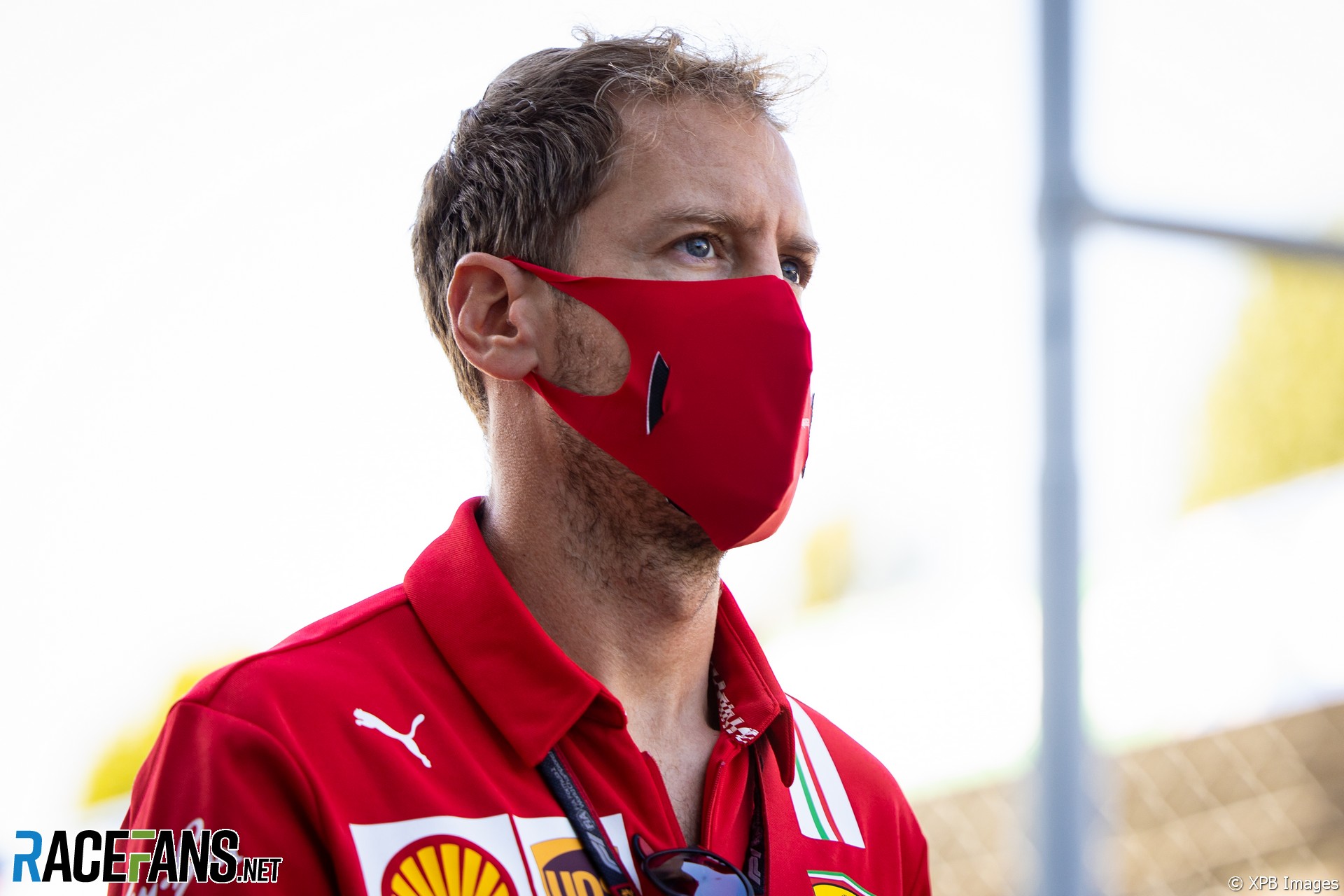 Sebastian Vettel says he has failed to win a world championship since leaving Red Bull partly because there were “fights that maybe I shouldn’t have picked” during his time at Ferrari.

Earlier this year Ferrari revealed the four-times world champion, who joined them in 2015, will leave them at the end of the season.

Vettel said he doesn’t have any regrets about his departure from the team, but admitted: “I have failed because I set myself the mission or the target to win the championship with Ferrari.”

“So if I’m fair and harsh, then I have failed. Were there reasons? Probably, yes. But I don’t accept them as excuses so whatever happened also, I guess, put me on the next step forward and next level to focus on.”

Vettel said he had picked fights which “maybe, looking back, they weren’t worth fighting.

“But then again part of it is probably my nature and it was natural to do so. And I think I had a point as well in some of these some of these little fights and battles, whatever. But I think ultimately that’s how you mature and how you learn.”

After leaving Ferrari, Vettel will join Racing Point, which is to be rebranded as Aston Martin for the 2021 F1 season. He said team owner Lawrence Stroll convinced him to make the move.

“I think the fact [is] that the team is growing. [There’s] a lot of factors. So I think those boxes were quite easy to tick in terms of the performance, the racing side of things. Where the team is, where the team might be, the potential and so on.

“But more so, I think it was the mindset and the will to really do something good, bring something good together. And it sounds like a fun project and something that ultimately I decided I want to be part of. So it is very different to Ferrari.

“Obviously Racing Point as it stands today and in the future Aston Martin will be growing, there will be a lot of things happening for the first time. I think it’s an incredible, challenging journey for the whole team and me joining I hope I can contribute a lot of things and do good in the car and outside the car.”

Vettel scored his most recent victory at the Singapore Grand Prix over a year ago. It was the 53rd win of his career, which makes him the third most successful Formula 1 driver of all time in terms of grand prix victories, behind Michael Schumacher and Lewis Hamilton.

However Vettel said “I’m not sure I’m proud of that” statistic.

“It’s not fair if you compare to the past because they have way fewer races than us today,” he explained. “So it’s a bit fake in my opinion.

“They did a lot of races, probably in other categories. So you have to add those as well. But they’re not grands prix so I get the statistics.”