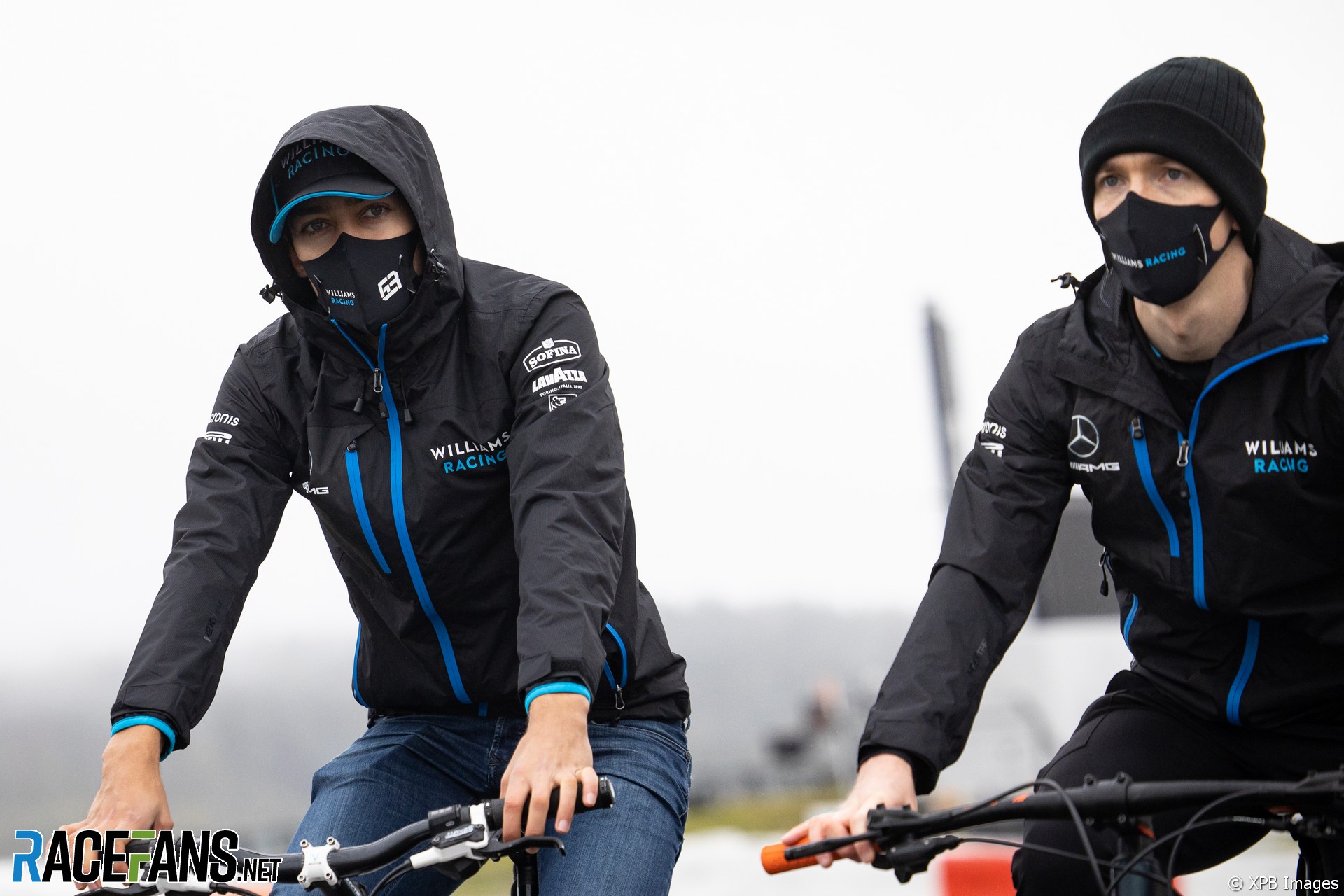 George Russell says Luca Corberi should be banned from racing for his actions in last week’s FIA world karting championship final, and said he was surprised by the behaviour of a driver he regarded as a “pretty clean” rival.

Corberi is facing an investigation by the FIA after he threw a bumper from his kart at Paolo Ippolito during the race at the Lonato circuit, and attacked his rival in the paddock afterwards.

“I raced against Luca for a good three or four years in my karting career,” said Russell in today’s FIA press conference. “I didn’t really know that side of him, really.

“He was always pretty clean and he was always a good driver, always at the front end of the grid. And I’ve never seen that side of him ever before.”

Corberi and Ippolito were both disqualified for the incident which put Corberi out of the race, footage of which was not broadcast during the race.

“I don’t know what happened prior to the actions he took,” said Russell. “I know that part of a circuit was an incredibly fast part of the track and for him to be that far into the tyre barrier, something pretty substantial must have happened, which also must’ve been very dangerous. But like I say, there’s no excuse for the actions he took afterwards.”

“Obviously following up what happened in the pits was unacceptable in any walk of life. Motorsport is incredibly passionate but there’s no excuse for anybody to react in that manner. So I trust the FIA are going to impose the correct penalties. I know that he’s already stated that he will be stopping karting and he apologises for his actions. So definitely a ban should be coming his way if he were to be continuing.”

Russell’s team mate Nicholas Latifi said Corberi’s act of throwing a bumper from his kart at Ippolito while his rival was still racing could have had serious consequences.

“People that maybe don’t know a lot about motor sports, those bumpers are not exactly light, they are quite heavy. And even though the cars don’t look like they’re going very fast, it is something quite severe. They don’t have halos, they’re not covered. So if he did hit his target like he was intending to it could have been quite bad.

“As for the actions in the pit lane, there’s really no place for that inside motor sports. So I think the FIA will take the actions they see it necessary.

“I’m sure most people have seen this already kind of said he won’t be taking part in motor sport anymore. Whatever happens officially by the FIA, I haven’t heard anything yet, but I assume they will pull some kind of sanction and definitely a ban of some sort.”

Max Verstappen, another former rival of Corberi, attended a Formula E event alongside the stewards following a physical altercation with Esteban Ocon at the 2018 Brazilian Grand Prix. He also criticised Corberi’s response.

“I raced against him back in the day because we were the same age,” he said. “Initially, I saw the video just of what happened in the paddock.

“And then afterwards I saw what actually happened on track as well. I guess it’s very clear that that’s not what you want to happen. It was also pretty unsafe.”

Verstappen said Corberi’s actions were “unacceptable”, but noted “he also spoke out already himself that he found it unacceptable. hat kind of punishment you want to give him? I don’t know. I’m not the right guy to answer that.

“But I think everybody saw that it was unacceptable, I think he said himself that he’s gonna stop racing.

“Let’s see what’s going to happen. It’s not my hands anyway, I don’t want to be involved too much, but it was clearly very dangerous what would happen and hopefully it’s a lesson for everyone that those actions are not allowed.”

Another of Corberi’s former rivals in the F1 paddock, Lance Stroll, said the incident needed to be “heavily addressed” because of the example it showed to younger drivers: “I think he was completely out of line, behaviour like that can’t be tolerated in our sport, it shows a bad example to the young generation.

“We fight so hard on track, there’s just no need for violence off the track. That’s how I see it and, you know, I believe the FIA are going to handle it as they should. And something like that needs to be heavily addressed and there needs to be a severe penalty for his actions.”