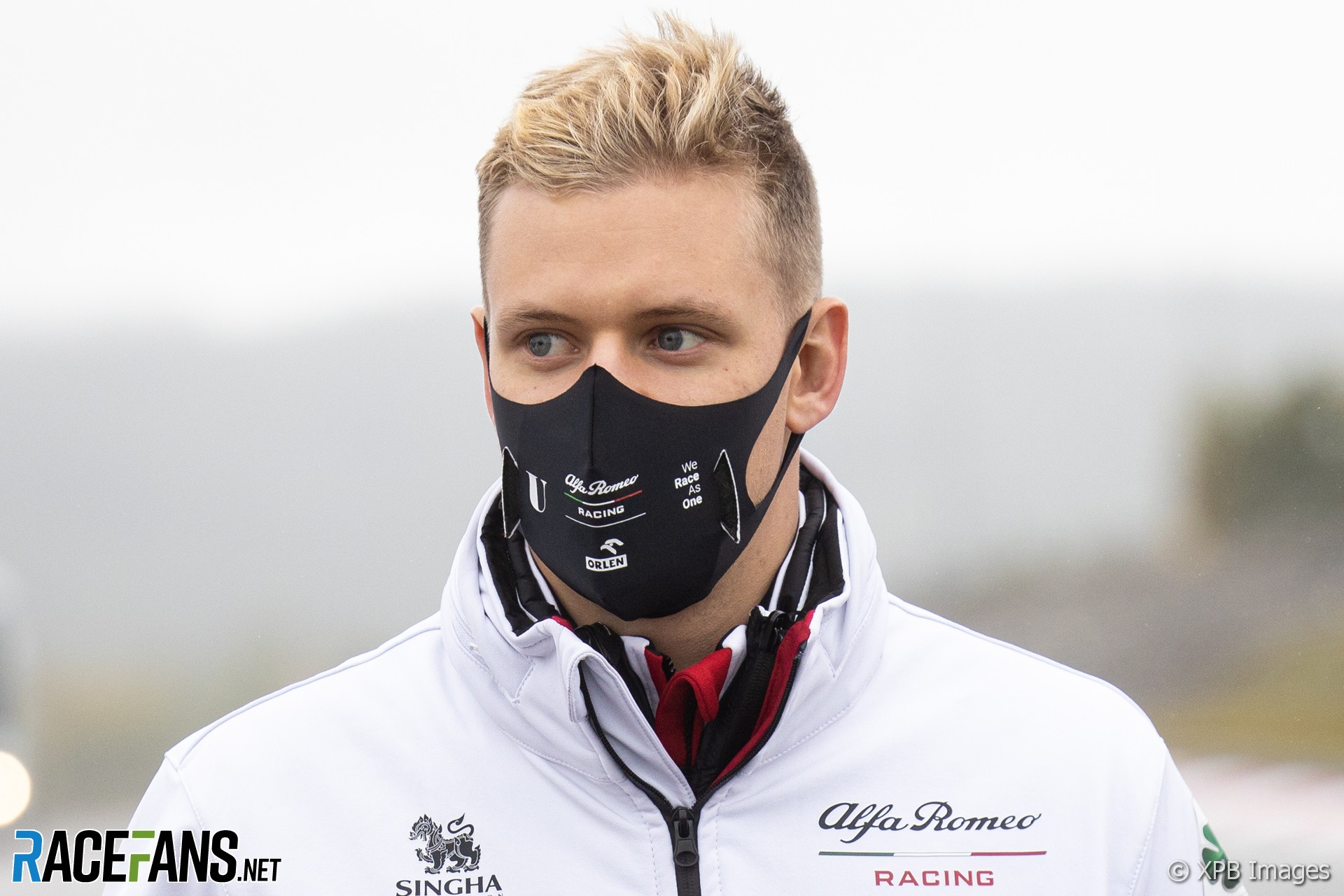 Mick Schumacher and Callum Ilott will make their F1 practice debuts this weekend, but it’s the former who is best placed to land a seat on the 2021 grid. Will he seal the deal? Here are the talking points for the Eifel Grand Prix.

Mick Schumacher is one of three Ferrari Driver Academy members who will get their first official practice runs in Formula 1 cars this year. Robert Shwartzman will have to wait until the Abu Dhabi season finale, but Schumacher and Callum Ilott will be on-track this weekend for Alfa Romeo and Haas respectively.

Is Schumacher ready for an F1 debut? He’s already got an F3 championship trophy on his shelf and leads the points in F2 with four races to go. An F1 car is a very different beast to these single-seater machines, but he’s driven one before, and with a productive and above all error-free 90 minutes at the wheel tomorrow he can go a long way towards making his case for a promotion in 2021.

Too cold for comfort?

The addition of the Nurburgring to the 2020 calendar, with an October date, prompted wide-eyed responses about the quality of the local weather at this time of year. F1 has visited the track, including the infamous Nordschleife, 40 times, but never quite this late in the year.

The weather is likely to be very cold by F1 standards – single-digit air temperatures compared to the 30C enjoyed in Sochi – with a low chance of rain. Though as anyone who’s watched many races in these parts knows, you exclude the risk of rain at your peril.

Mercedes have struggled in hotter races this year and in previous seasons but outside of pre-season testing there is little to no representative performance data with temperatures this low. That plus a venue last raced at seven years ago will hopefully throw up some surprises.

Last week’s big story was Honda’s announcement that they will no longer supply power units in F1 after the 2021 season. This has left Red Bull and AlphaTauri in a tough situation as they have a limited selection of engine suppliers to choose from.

This weekend will provide the first glimpse into Red Bull management’s perspective on the situation as well as what it means for the future of their star driver Max Verstappen.

Hamilton failed to match Michael Schumacher’s record for all-time wins last time out in Sochi thanks to two five-second penalties for a practice start infraction. This weekend, Hamilton has another shot to tie the record.

Mercedes are expected to be the quickest as usual, as they have been at every track so far this season. It’s hard to imagine anyone but Valtteri Bottas keeping Hamilton away from the record much longer.

Ferrari appeared to make positive progress in Sochi. Following the introduction of minor upgrades to their car Charles Leclerc scored his best finish since the 70th Anniversary Grand Prix. However team principal Mattia Binnotto insisted the result was due to the upgrade package but the track characteristics.

Another small upgrade package is expected to debut this weekend as they continue to play catch up in the aero department due to their lacklustre power unit performance.

Sebastian Vettel will also be keen to put in a decent result in his last home race with Ferrari – an unexpected addition to a calendar which did not originally feature a round in Germany. Will the latest tweaks to the Ferrari finally give Vettel a better balance?

Hamilton had a scare in Sochi. For a few hours he was only two penalty points from an automatic race ban. It will have been a relief that the stewards revoked the two points they originally issued after deciding, following a visit from Hamilton and other Mercedes staff, that the team was to blame for his illegal practice starts.

It serves as a reminder to the reigning champion that he has to be careful not to pick up any more penalty points on his license. He will remain at least four points away from a ban over the next three races, and has vowed to be “squeaky clean” to avoid picking up any more.

Who do you think will be the team to beat in the Eifel Grand Prix? Have your say below.

4 comments on “Will Schumacher make his case for a race seat? Six Eifel GP talking points”