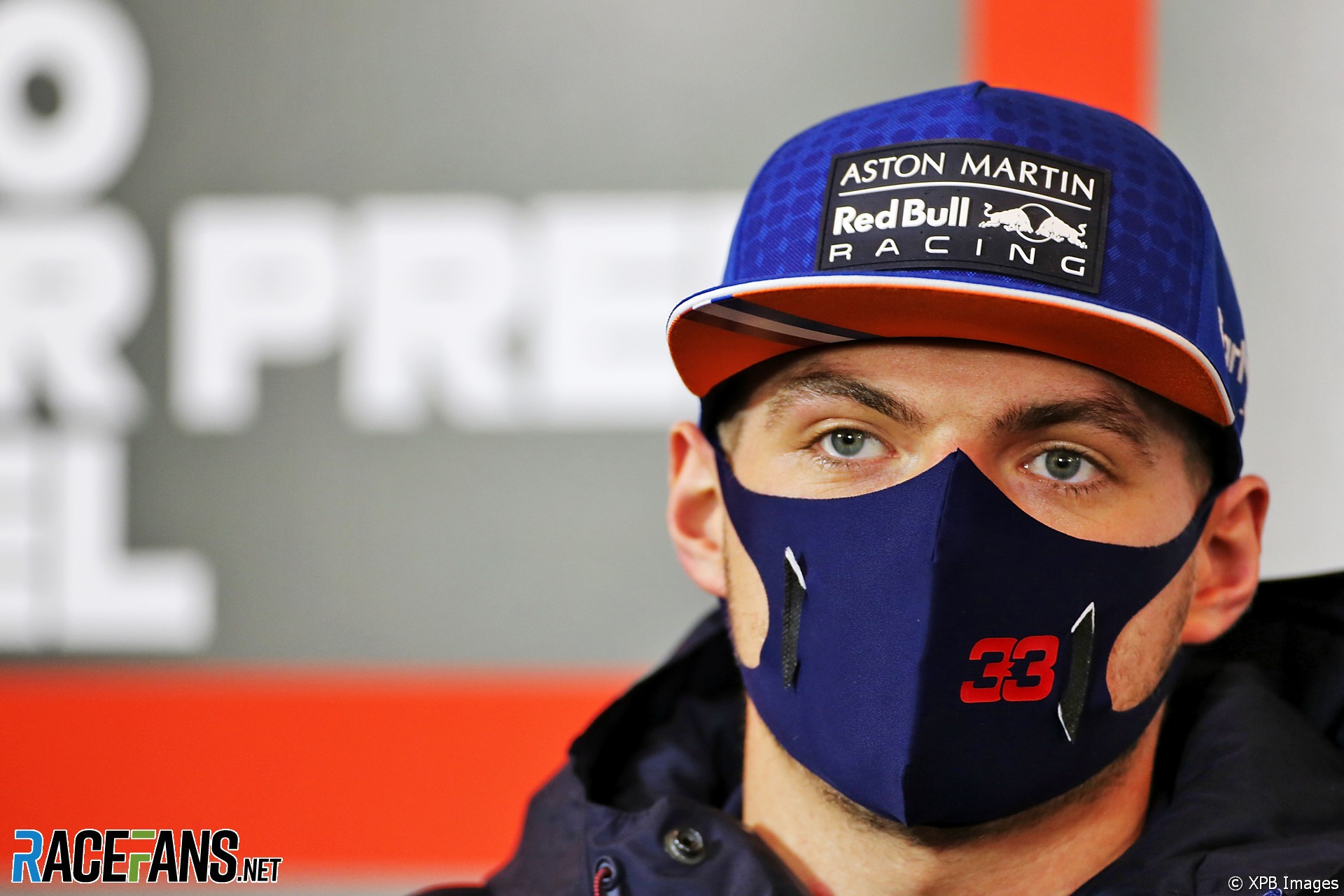 Max Verstappen says Honda’s decision to leave Formula 1 at the end of next year is “a shame” but also “understandable from their side”.

The Red Bull driver signed a new long-term contract with the team in January, but Honda confirmed last week it will pull out of the sport at the end of 2021. However Verstappen played down the implications the team losing its engine supplier may have on his future.

“It came after I signed the deal but they never committed a lot longer so you could expect something like this,” said Verstappen. “you’re never sure.

“That’s the same for teams a well, you sign a deal with them but who knows what is happening in five years’ time. It is what it is.

“You could feel it coming. I guess the situation in the whole wide world is not helping. Especially from the beginning of this year onwards, once we finally got started, it’s just not easy.”

Verstappen believes Honda will continue to put maximum effort into their Formula 1 programme despite their coming withdrawal.

“We just keep on pushing, that’s also what they said. Of course they are going to pull out but they’re not going to back off now. We just keep working together because we have a great relationship so it’s really enjoyable to work with the guys.

“So for the rest of the year we just keep on going. And also for next year, introducing the new engine, I’m very much looking forward to that as well to just bring it to a good end and basically push until the last race.”

With new technical rules coming after Honda leave, Verstappen said he isn’t dwelling on the impact of their departure.

“We are still driving with them for one-and-a-half years,” he said. “And after that we have got the new regulations of the cars coming in so there are so many unknowns. At the moment it doesn’t make sense to think about that.

“I’m just focused on what I have to do and that’s try and drive the car as fast as I can. With an engine in the back – I hope I don’t end up like Fred Flinstone that I have to pedal it myself…”

13 comments on ““You could feel it coming”: Honda’s exit not entirely unexpected says Verstappen”