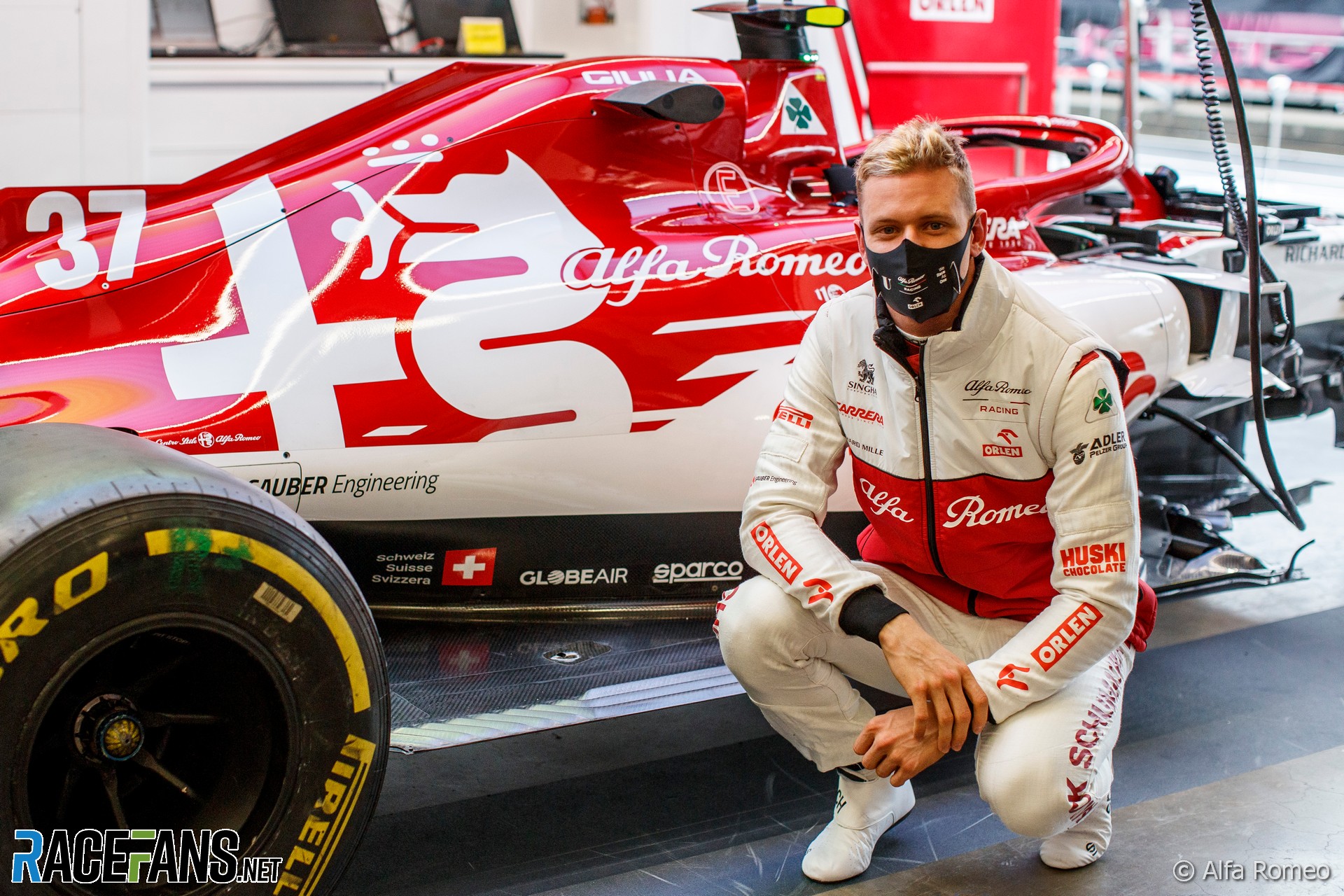 Mick Schumacher says he doesn’t know when he might get the opportunity to drive an F1 car in practice again after poor weather conditions forced the cancellation of his planned run today.

Rain and fog at the Nurburgring meant the Formula 2 points leader, and his fellow Ferrari Driver Academy member Callum Ilott, were unable to make their planned debts for Alfa Romeo and Haas as planned.

“Obviously it’s been a shame not to get out,” said Schumacher. “But we knew that the weather forecast didn’t look great.

“This time of year in the Eifel it’s not the most sure it’s going to be dry. We knew it might be wet and it was. At the end the preparation was good, we done a lot of meetings and I got so much knowledge of it so it’s been very helpful.”

Schumacher was only scheduled to run in the first practice session, which was abandoned as rain and fg meant the medical helicopter was unable to fly, and therefore emergency transport routes to the nearest hospital could not be guaranteed.

Six rounds of the championship remain at which Schumacher’s practice run could potentially be reschulded. However some of those take place at new or unfamiliar circuits and one, at Imola, will be a two-day race weekend with much less pre-race practice.

“We have to wait and see how things develop,” said Schumacher when asked whether he might be able to drive in a later practice session. “Obviously a lot of tracks coming up which are not often driven on. Also the official drivers need their time in the car. So we’ll just have to wait and see.”

Two of the later rounds coincide with the final F2 meetings of the year. Schumacher said he would be willing to take time out of those weekends to run in an F1 session.

“Any opportunity would be great to hop into the car,” he said. “F1 is the goal and F1 is the dream so the more I get into it will be obviously more of an opportunity for me to show myself in that category.