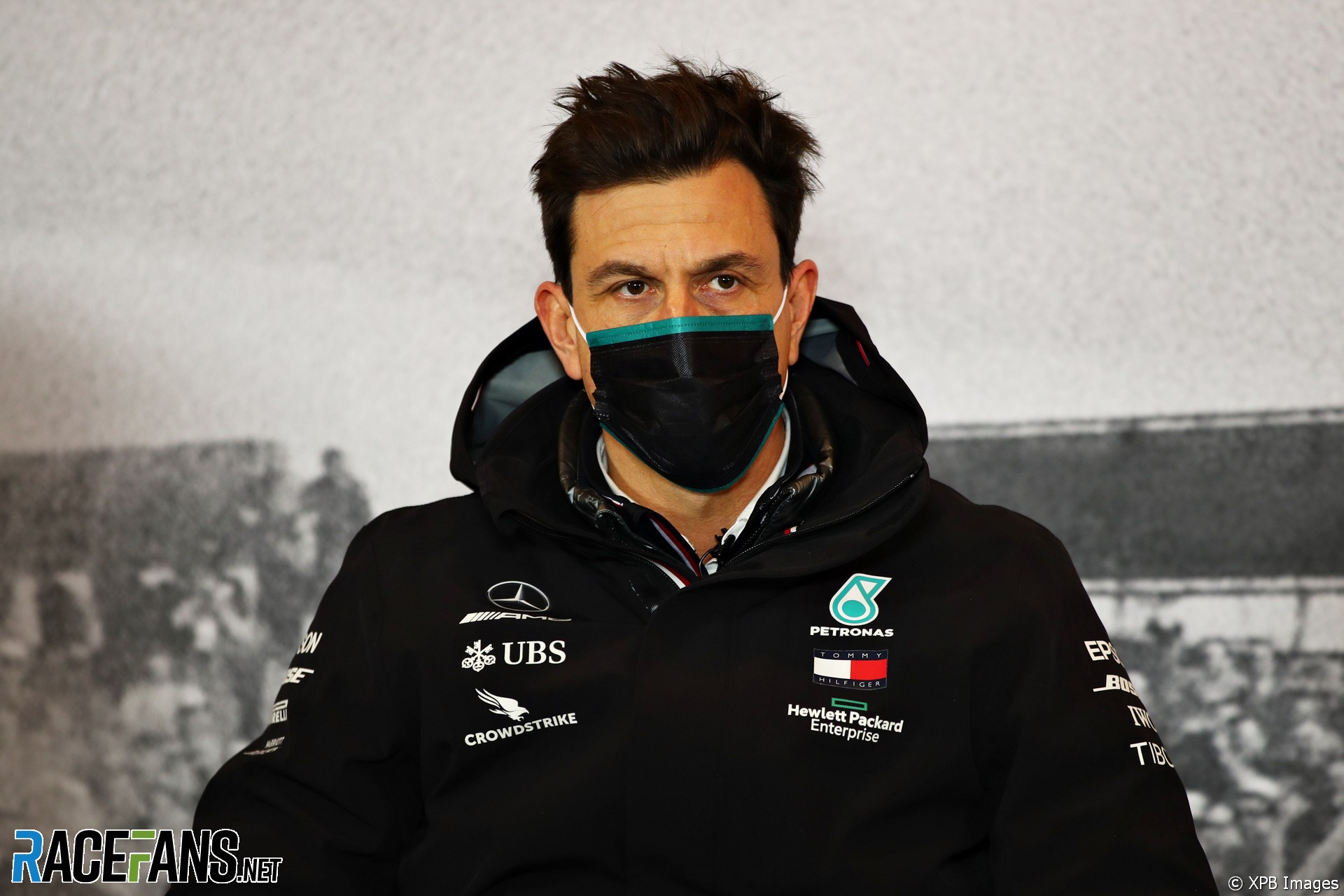 Mercedes has ruled out providing power units to Red Bull following their split from Honda, while Ferrari have indicated they are open to it.

However Mercedes team principal Toto Wolff suggested Red Bull may find an alternative to seeking engines from F1’s three remaining suppliers. This could involve Red Bull taking over the production of Honda’s engines.

The announcement of Honda’s departure means Red Bull and AlphaTauri are seeking new power unit suppliers from 2022. If they are unable to agree deals then, under F1’s rules, Renault would be forced to provide them with engines, as they will not have any customers after this year.

Wolff said there were “various reasons” why Mercedes will not provide engines to Red Bull, including the expansion of their customer engine programme. From next year four teams – Williams, Aston Martin, McLaren and Mercedes themselves – will use their engines.

“We are supplying four teams, including us,” said Wolff. “We are almost in a state that we can’t make power units for all of us. So there is no capacity.

“I have no doubt that Helmut [Marko, Red Bull motorsport consultant] will have a plan B, and probably doesn’t need to rely on any of the current power unit suppliers.”

Red Bull boss Christian Horner said the early notice of Honda’s exit gave them time to find a new supply but Binotto viewed it as very short notice for a manufacturer to organise.

“I think timing-wise, it’s very little time because we need to organise ourselves.” He said, “2022 is just here behind, it is tomorrow, somehow. And we said, it was sudden news from Honda and I think that now we need really to consider something which wasn’t even considered a few days ago.”