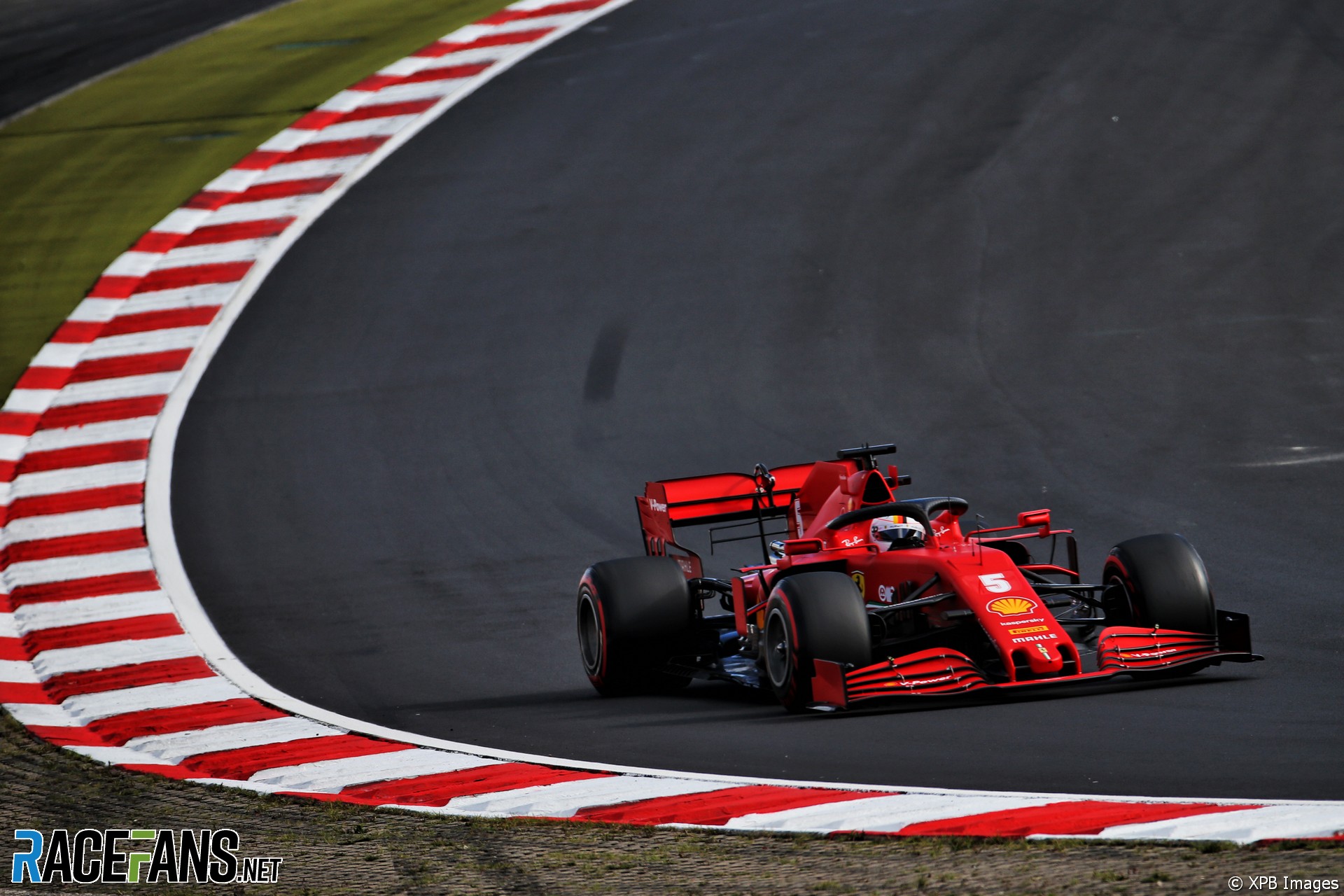 Sebastian Vettel says the first sector at the Nurburgring was his key weakness after lapping half a second slower than his team mate in qualifying.

The four-times world champion dropped out in the second round of qualifying in 11th place. Team mate Charles Leclerc made it through to Q3, lapping over half a second quicker than Vettel on their final runs.

“I was pretty happy with the laps I had but I was losing a lot of time in sector one,” said Vettel. “So we need to have a look.

Both Ferrari drivers tried the medium tyre compound for their first runs in Q2 before switching to the soft rubber. Vettel said the rubber just wasn’t quick enough.

“A lot of people tried them this morning,” he said. “Already this morning we found that they were quite a bit harder to warm up.

“It wasn’t that bad, but they’re just a lot slower than the soft. The feeling was not so bad, but overall performance the soft is just a faster tyre.”

“But obviously for tomorrow we start 11th and we can choose the tyres,” he added. “So let’s see what we can do.”

Leclerc went on to qualifying fourth on the grid, matching the team’s best result of the season so far. Vettel said it isn’t clear whether the improved pace Ferrari has shown this weekend is a result of the progress they have made or a result of the unusually cold conditions.

“Maybe it was a little bit better,” he said. “We run with the maximum downforce here. I think the last time we did that was probably in Hungary so we know that the car’s a bit stronger in that condition. But obviously it’s very cold and very different to Hungary here.”