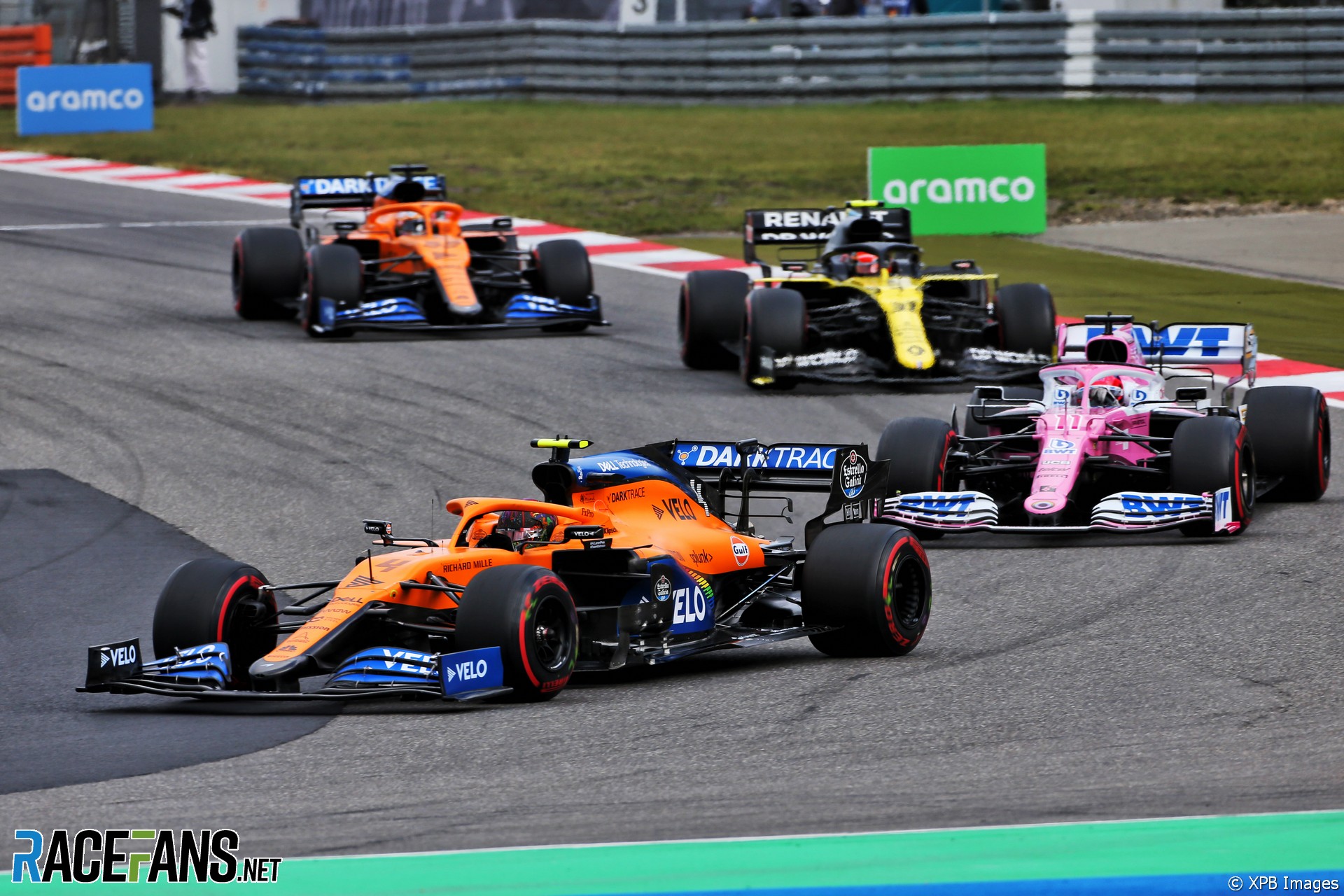 McLaren’s Lando Norris fears he is doomed to take grid penalties for power unit changes later in the season following his retirement from the Eifel Grand Prix.

Norris endured a power unit problem for several laps during the race until the symptoms became terminal. He pulled off the circuit into retirement at the Dunlop curve on lap 44.

The McLaren driver’s frustrations were compounded by the fact that the team had fitted his third new Renault engine, turbocharger, MGU-H and MGU-K before the race after a problem was detected on his previous unit after qualifying. That leaves him vulnerable to grid penalties over the remaining six races of the season.

“It’s not looking good at all,” Norris admitted. “It’s not my problem, it’s nothing that I can control.”

Before his power unit began to malfunction, Norris ran as high as third, aided by Valtteri Bottas’s retirement and Daniel Ricciardo pitting during a Virtual Safety Car period.

“The first quarter was really good,” said Norris. “Good opening laps, good pace. And then it all started to go very wrong.

“We had some problems initially with the engine, I think. I was managing those problems every single lap. I was having to press buttons and whatever to manage it. So I was struggling a lot, not much power. And in the end they just gave up completely

“I was on for a definite fourth pretty much and hopefully fighting Ricciardo for third.”