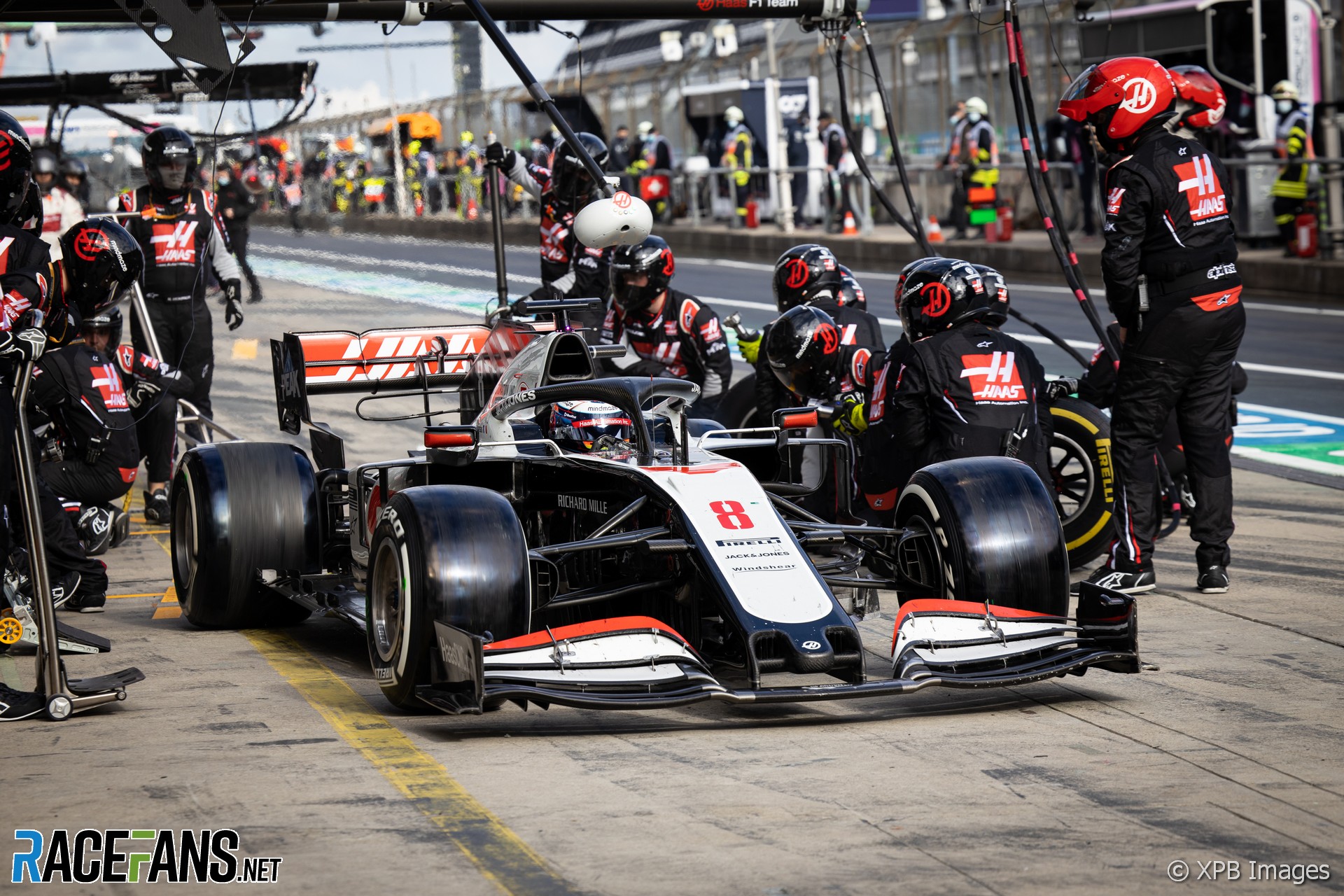 In the round-up: Haas team principal Guenther Steiner says he won’t make an “emotional” choice over the team’s driver line-up for the 2021 F1 season after Romain Grosjean scored his first point of the year at the Nurburgring.

Thanks very much to everyone who’s responded to our RaceFans Supporter Drive so far.

We’re aiming to welcome 3,000 new Supporters to help fund the site so we can continue to produce quality, original, independent motorsport coverage. Here’s what we’re asking for and why – and how you can sign up:

Steiner was asked whether Grosjean’s first points finish of the season in Germany will have a bearing on the team’s driver line-up choice for 2021:

I don’t think so. We cannot be this emotional that we can go from race to race and decide on and off. It needs to be, as I’ve always said, a decision for the long term, not for the short term, and don’t want to fall into that trap.

I stay very stable on that one. I want to evaluate what I’ve always said want to evaluate how can the team perform or how we think the team will perform based with which drivers in the next two, three, four years?

That first taste of an F1 car 👌

We have @yuki_TY0511 with us in Faenza for a seat fit! 👊
Getting prepped for a previous car outing at Imola on the 4th of November 🤙#AlphaTauri #F1 pic.twitter.com/tmKn2q4BbQ

Excited to announce I’ll be racing in the final round of the intelligent money @BritishGT Champs at Silverstone November 7-8. I’ll be joining my team @Rocket_Msport & lining-up in the McLaren 720S with my buddy @chris_buncombe. Big thanks to our partners for making this possible. pic.twitter.com/RXLXWy7tYz

Button and Buncombe will share a GT car for the first time during #BritishGT’s blue riband #Silverstone500, but it won’t be their first motorsport outing together. they’ve already raced a Trophy Truck in the Mint 400, Vegas to Reno and Baja 1000 off-road events. pic.twitter.com/QGmFWTNOXv

INDY CAR TEST! This will be fun! Massive thanks to @RLLracing for the shot! Always wanted to come and try one of these! See you in Barber November 2nd. @IndyCar pic.twitter.com/BneJtGw1LM

"The net financial impact will be halved in the next three years. We have an even more aggressive cost reduction target in Formula 1 than for the rest of the company."

"'I have never hidden the fact that it’s a big dream of mine to come try out an Indy car,' said Antonio Felix da Costa, a native of Cascais, Portugal. 'I am a big fan of how America, and IndyCar in particular, goes about the sport and have been a huge fan for many years. I have known Bobby for a few years. We always met at the BMW Christmas dinners and every year I kept saying ‘Come on, let me have a go’ and finally now I got the call to come meet the team and test.'"

"My main priority is to do those 300 kilometres,” he said. “I don’t want to crash or go off the track because the more mileage I do, the more I can understand the car, so I will take it easy. But I am confident that I can do it and I will drive the way I normally do."

Twelve of the world's most talented young, female racers are through to the first FIA Girls On Track training camp (FIA WIM)

"At the end of the final day of the FIA Girls on Track - Rising Stars shoot-out, 12 of the 20 participants have been selected to progress to the three-day Training Camp hosted at Circuit Paul Ricard 14-16 October."

"The Motul Petit Le Mans is typically the season finale for the IMSA WeatherTech SportsCar Championship, but this is anything but a typical year. Due to scheduling shifts necessitated by the global coronavirus pandemic, two events are still to come following this weekend’s race at Michelin Raceway."

TylerS says the unique DAS system used by Mercedes shows why they deserve praise, not criticism for doing a better job than the rest of the field:

I know Mercedes gets a lot of flak for winning all the time, but this is a perfect example of why. They came up with a unique idea, checked with the FIA that it would be legal, implemented it, used it, won the race.

Any of the other teams could have done the same, but didn’t for any number of reasons. You can’t really fault them for simply doing a better job on things like this. At the end of the day, F1 is a technological competition as well as a driver/team competition.
TylerS

Happy birthday to Fer No. 65, Sebastiaan Huizinga and Carlos!