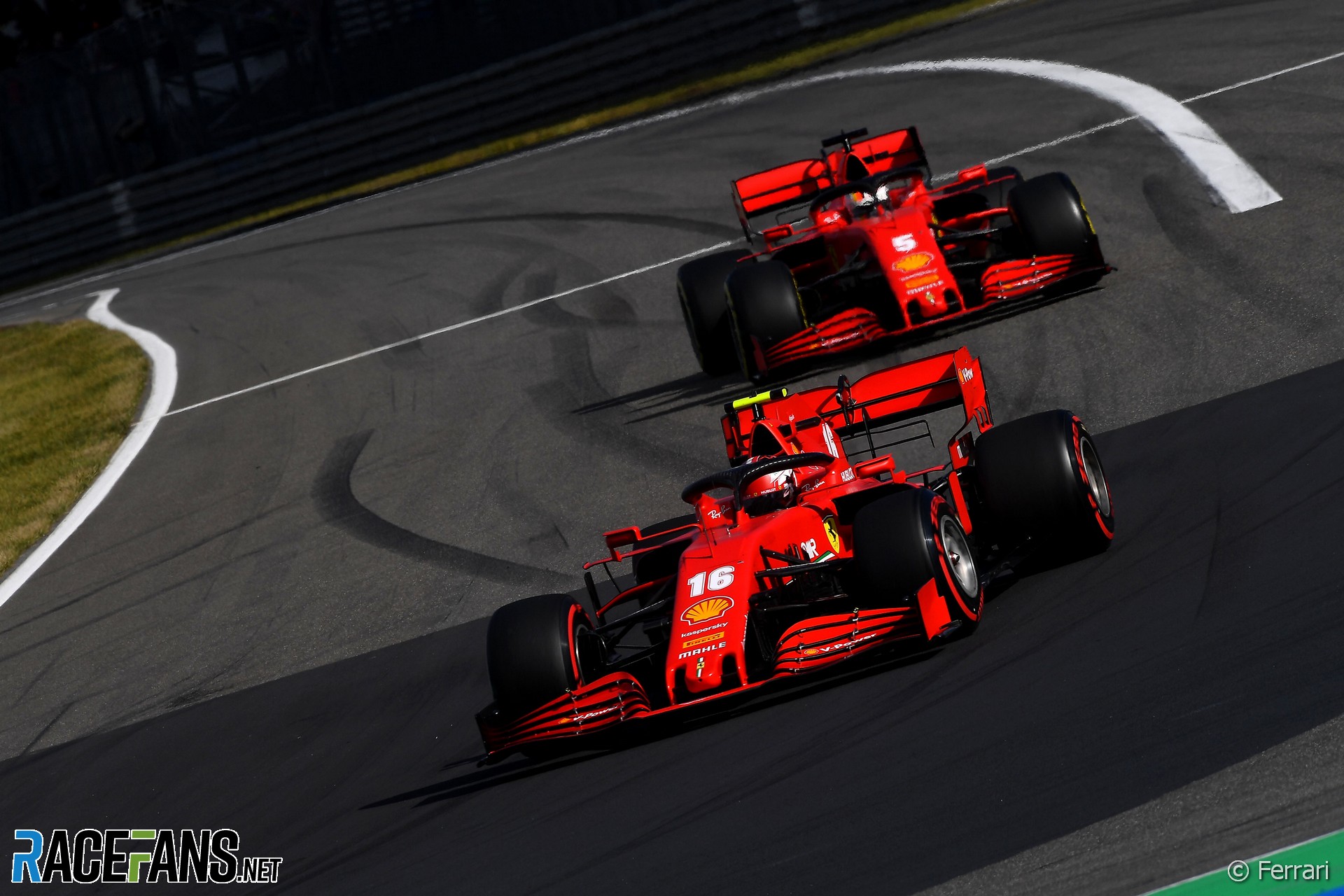 In the round-up: Ferrari team principal Mattia Binotto says the upgrades the team brought to the Nurburgring worked as their simulations indicated they would.

If you’ve enjoyed RaceFans’ motor sport coverage during 2020, please take a moment to find out more about our Supporter Drive.

We’re aiming to welcome 3,000 new Supporters to help fund the site so we can continue to produce quality, original, independent motorsport coverage. Here’s what we’re asking for and why – and how you can sign up:

Binotto said the upgraded SF1000’s performance at the Eifel Grand Prix showed reflected what they expected from their wind tunnel and factory work.

I think we were not expecting a lot of difference. It was a small upgrade, it was completing a package we started to introduce in Russia.

I think they were positive in the way that they were correlating well with what we saw at the wind tunnel and back at the factory and that we’re taking the car in the right direction. There will be some further upgrades over the remainder of the season which will be important, as well.

For us what’s key is to finish developing the car but more important is to make sure that the direction we take is the right one for next season.

You'll hear a lot more about Mercedes Applied Science in the next few months! 👀

So we thought it was about time for an introduction. 😉

Come on Antonio, all Italians have a great singing voice… 🎶 pic.twitter.com/soE3M4aqIC

"'You notice how the temperature is cooler here?' said Candido, who works in administration at a school. 'A forest is not just made of trees. There is a whole ecosystem here.' The forest acts as a pit stop for birds travelling between forests on the horizon. Candido said it should be turned into a reserve people can use."

"SpeedWeek is a bit different to all other Goodwood events. Not just because there won’t be any fans here, but because cars will go where they never have at the Goodwood Motor Circuit and the Timed Shootout presented by Mastercard will see cars going for the outright circuit record."

"Piloted by Bill Auberlen, Robby Foley and, in this weekend’s Motul Petit Le Mans, Dillon Machavern, the No. 96 Turner BMW M6 GT3 has not played a featured role in the championship battle. Auberlen and Foley have, however, won two of the past four races. While they sit sixth in the driver standings, 18 points out of first, there’s a sense of momentum in the No. 96 camp."

"The weather has thrown down some significant challenges in recent years, from stifling heat to torrential rain. What we have not faced, however, is snow. Such an occurrence has been all but impossible, with the 24 Hours traditionally run in July or occasionally August. But does the move to October mean we could be building snowmen in the paddock this year?"

"'Not many of you know this, but in Russia, in my normal road car, I also use gloves. This keeps the steering wheel from getting dirty and it also gives me more grip. I took my old gloves from racing back to Russia and I have them in the glove compartment and use proper racing driver gloves in my road car. They are the 2018 gloves.'"

George Russell Drives The Most Fearsome Circuit In The World: The Nordschleife (Williams)

Roger Ayles doesn’t like the sound of Red Bull’s call for F1 engine development to be frozen again:

Remember when F1 used to be about a technical development race with teams and engine manufacturer’s free to innovate?

We’d have never got the DFV, 1,400 bhp turbos, fround effects, the fan car, six wheels, semi-automatic gearboxes, active suspension or any of the other clever, exciting and interesting technical innovations under the IndyCar-plus formula the ‘show/entertainment’ generation are forcing into this once great sport.

The last engine freeze with the V8s after 2007 made that engine formula the most boring, uninteresting and uneventful formula in F1’s history.
Roger Ayles