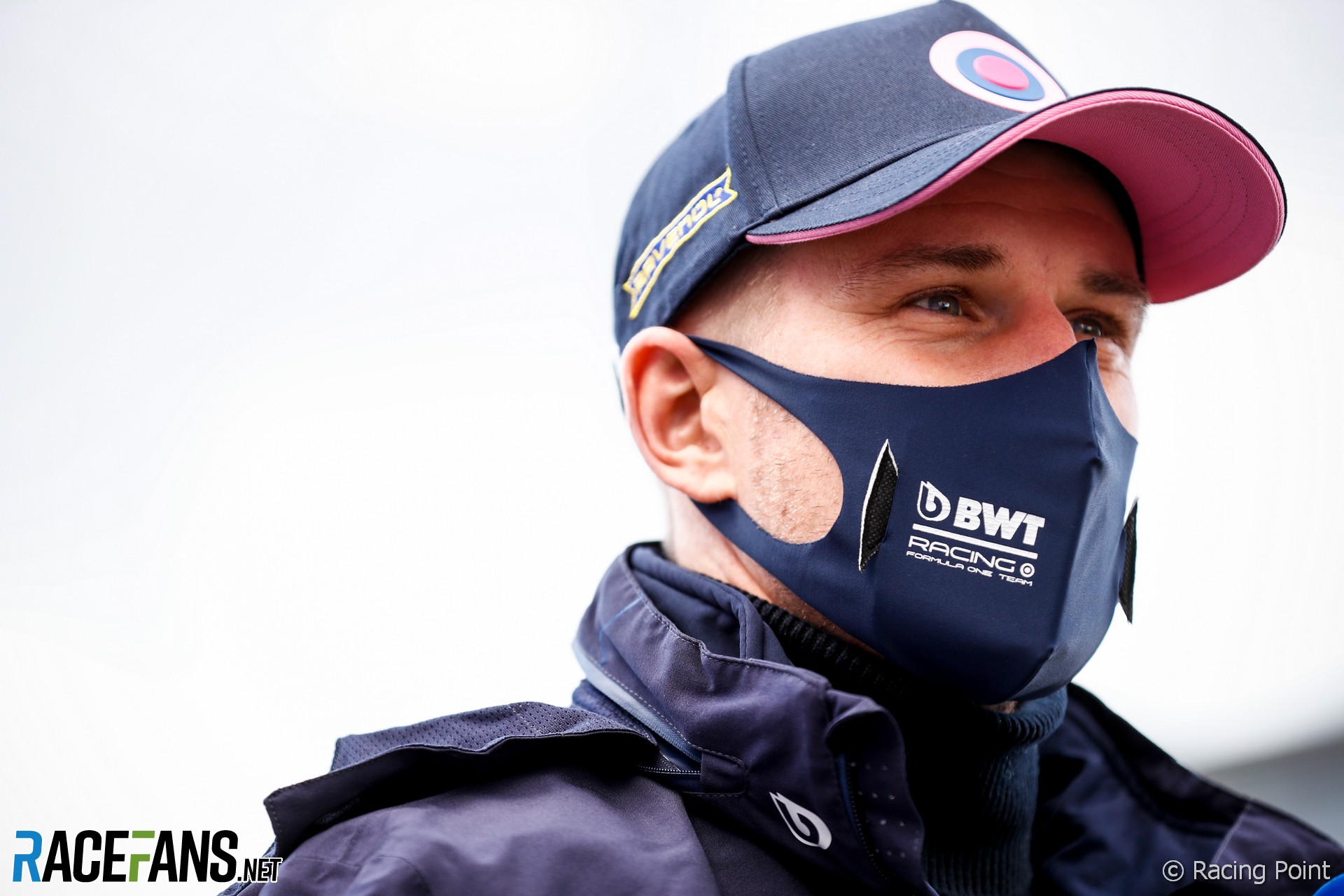 Nico Hulkenberg is available to return for Racing Point as a substitute at this weekend’s Portuguese Grand Prix.

The team has already called on Hulkenberg’s services three times already this year as both its drivers, Lance Stroll and Sergio Perez, have been forced to miss races after contracting Covid-19.

Hulkenberg made a short-notice dash from Cologne to the Nurburgring to drive for them two weeks ago when Stroll chose not to drive in the Eifel Grand Prix. His late call-up meant he was unable to get into the car until the start of qualifying.

Racing Point have taken the step of ensuring he is close by in case he is needed again. “Yes Nico is here,” confirmed team principal Otmar Szafnauer. “And I think other teams have also opted to bring reserve drivers for the first time. I think it just it just makes sense to have reserve drivers.”

Stroll revealed yesterday he had tested positive for Covid-19 after missing the Nurburgring race due to illness. He has since tested negative, but under revised FIA procedures will have to test negative again on-site before he can enter the paddock.

“He had a negative test coming into this weekend,” said Szafnauer. “The probability of now getting a positive is low.

“Is it zero? I don’t know, I don’t know that much about it, but it’s low. Nico is here as a precaution and I am confident Lance will be in the car this weekend.”

Stroll’s father Lawrence, who owns Racing Point and Aston Martin, also tested positive for Covid-19 on the Sunday of the Eifel Grand Prix weekend, the same day as his son. He tested negative on the previous Thursday.

Szafnauer said the pair had apparently both contracted Covid-19 “despite not being together”, as the team owner did not attend the race in Germany or the preceding round in Russia.

“Lawrence this year has missed more than just a couple of races, he’s missed a few,” Szafnauer explained. “That’s because he’s got some big responsibilities at Aston Martin and he is doing different things. This year he hasn’t been to as many. He didn’t come to Russia and he didn’t come to Germany.

“Lawrence went to Aston Martin that weekend and was there on Thursday where he tested – because he too tests as often as we do – and that Thursday test, he got a result on Friday that was negative. And then when Lance landed and tested, Lawrence tested at the same time again. And then both tests came back positive.”