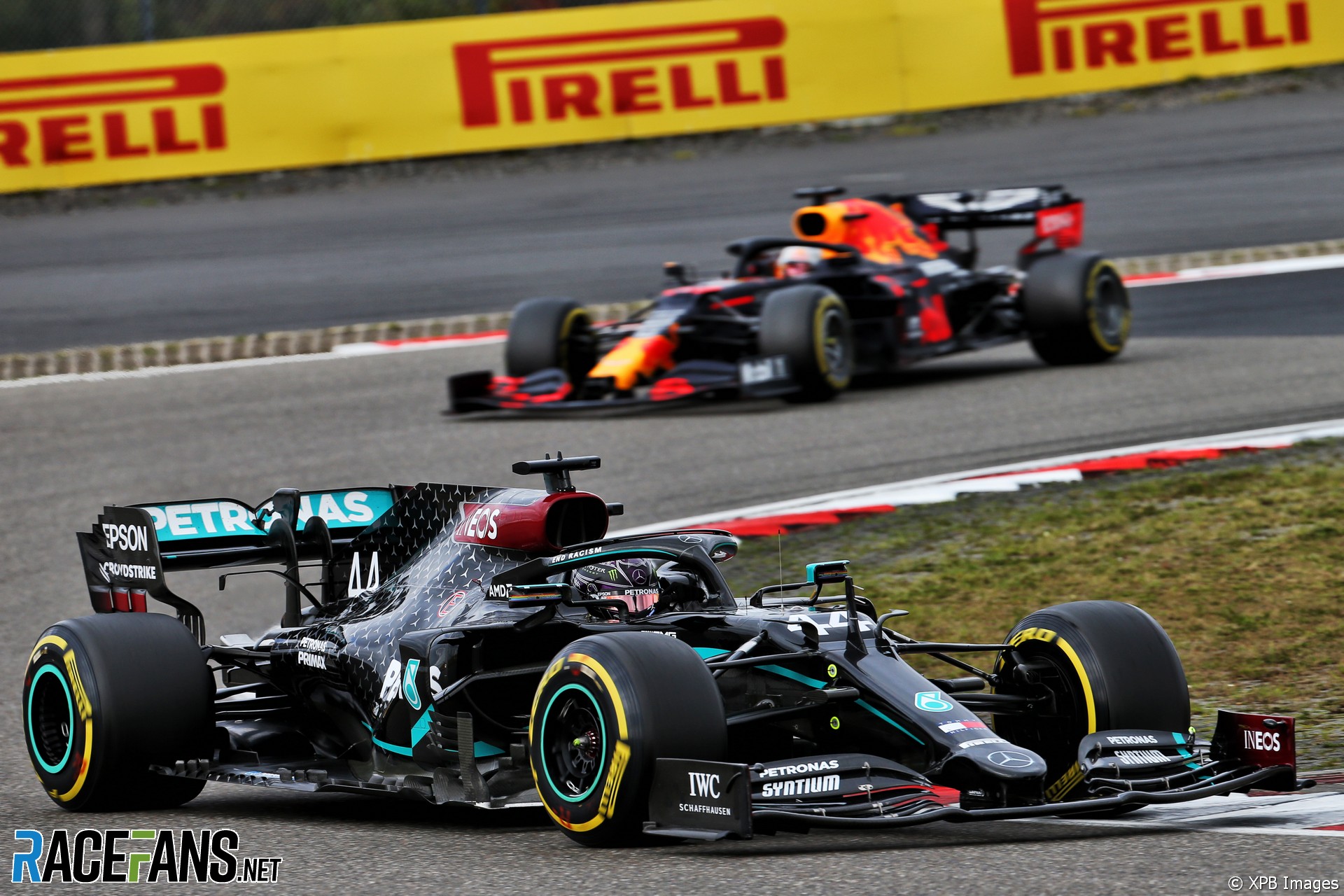 Mercedes are wary of the growing threat from rivals Red Bull, who cut the gap between the two teams to a new low in the last round at the Nurburgring.

Mercedes extended their unbeaten run in qualifying this year at the Nurburgring, Valtteri Bottas and Lewis Hamilton sweeping the front row of the grid again. But Max Verstappen’s best time for Red Bull was less than two-tenths of a second slower than the pace-setting W11.

“They were a lot closer to us in qualifying,” Mercedes’ trackside engineering director Andrew Shovlin admitted after the race. “Lewis and Max both did their best times in Q2, if you look at everyone’s best times.

“It’s very, very close at the front. Valtteri just put together a brilliant lap when it actually counted.”

Shovlin said Red Bull’s steady improvement over the course of the season is typical of the pattern they’ve seen from their rivals in recent years. He also believes the ban on engine ‘qualifying modes’, which was introduced at the Italian Grand Prix, has had an effect.

“They’ve been closing on us over the course of the year. Definitely the changes in the engine modes to stop qualifying modes has brought them a step closer.

“I think they are developing quicker than we are at the moment. We’ve seen that progressively.

“But to be honest, we’ve seen that in most of the recent years, they tend to not start as strongly as we do. I can’t really think of a year recently where they’ve not been, with us by the end.

“So if we see that trend continue, then the remaining races are going to get tougher. It’ll be harder to try and keep getting the cars on pole on Saturday and winning on a Sunday.”