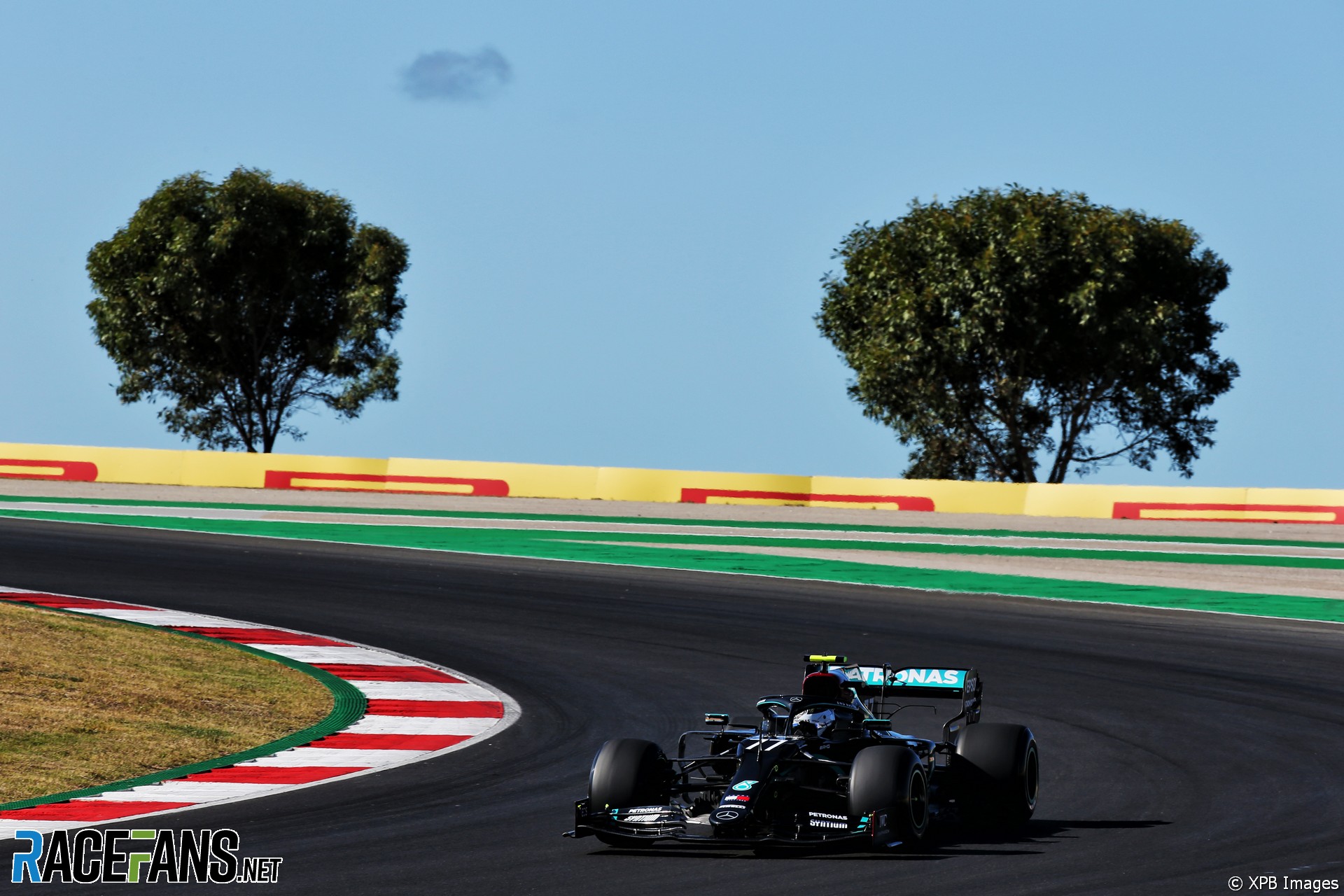 Valtteri Bottas knows he had a car quick enough for pole position – he set the fastest time in all three sectors of the Autodromo do Algarve.

Had he strung them all together on the same lap he would have set a 1’16.406 – good enough for pole position by a good two-tenths of a second. It’s rare to see a driver manage to set fastest times in all three sectors yet miss out on pole position.

“It’s a difficult track to put everything together because of how slippery it is and just the way the track it,” said Bottas. “It’s so tricky to nail every single corner on one lap.”

Unsurprisingly, Bottas ended the session convinced there was “more to come” from his car. “The pace has been there all weekend so for sure it’s annoying but that’s how it is.”

The variable grip levels produces several unusual results. Max Verstappen was in the mix with the Mercedes drivers in Q1, but was unable to beat that initial effort in the subsequent sessions, and ended up three-tenths of a second behind them in third.

Charles Leclerc will join him on the second row of the grid after another superb lap. However Ferrari aren’t the third-quickest team so far this weekend – that honour goes to AlphaTauri.

Pierre Gasly began Saturday in superb form, setting a 1’16.930 in final practice. Not only has that time only been beaten by Mercedes and Red Bull drivers, Gasly was unable to improve on it in qualifying.

Not only did he lap slower than that in Q1, but he continued to get slower in Q2 and again in Q3. he eventually qualified ninth on the grid with a lap eight tenths of a second slower than his best. Had he repeated his final practice form, he’d’ve been fourth on the grid.

While Nicholas Latifi lines up on the back row of the grid, his team mate made it into Q2 again, lifting Williams to eighth among the 10 teams.

The slowest team this weekend is Haas. After the session Romain Grosjean, whose coming departure from the team has been confirmed, revealed they have had a suspension problems since the beginning of the season which they cannot solve, and it is proving especially bad this weekend.