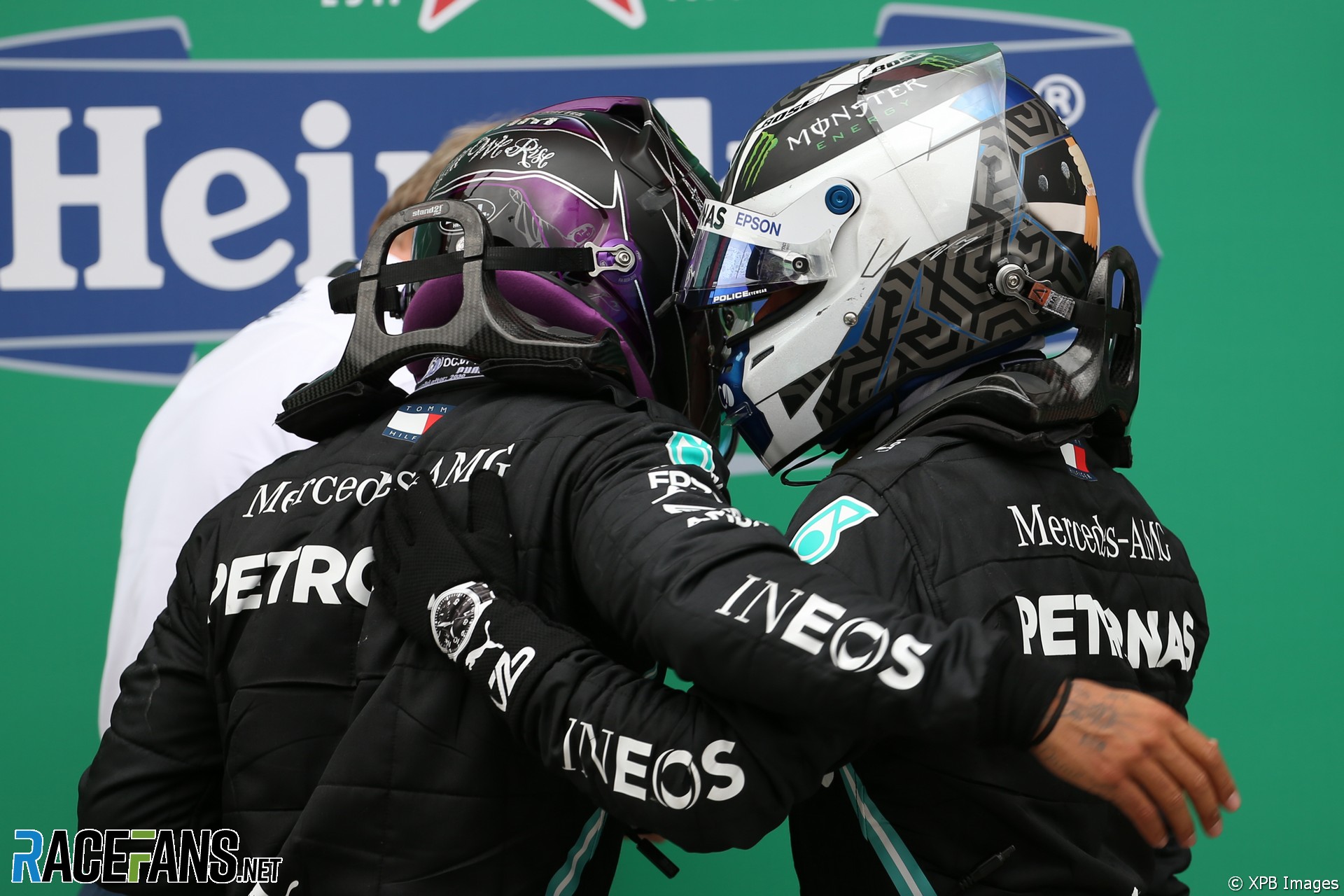 Valtteri Bottas admits he “does not understand” why he lacked pace compared to team mate Lewis Hamilton after he was beaten by 25 seconds in the Portuguese Grand Prix.

Bottas took the early lead after a dramatic opening lap. But Hamilton passed him for the lead on lap 20, and steadily pulled clear of him over the remainder of the race.

The Mercedes driver admitted he had no explanation for the difference in pace between the two team mates.

“The opening lap was pretty good,” says Bottas. “There was a bit of drizzle which made it tricky and some of the cars behind with the soft tyres had the upper hand.

“I was really pleased that I could get the lead but, to be honest, after that I just had no pace today and I don’t understand why. No pace.”

Bottas says he tried to fend off Hamilton’s challenge for the lead but was unable to hold him off in the DRS zone.

“Of course I tried to defend, but the rate he was closing there was nothing really I could do,” Bottas explains.

“Like I said, I don’t really know why I didn’t have the pace today. I was pushing hard but I couldn’t go faster.”

During the race Bottas suggested switching to soft tyres for his final stint, but the team decided to put him on hards. Bottas says it likely would not have changed the outcome of the race.

“I was hoping to extend the first stint in the pits and go to the softs at the end but I don’t think it made a difference to the result at the end today.”