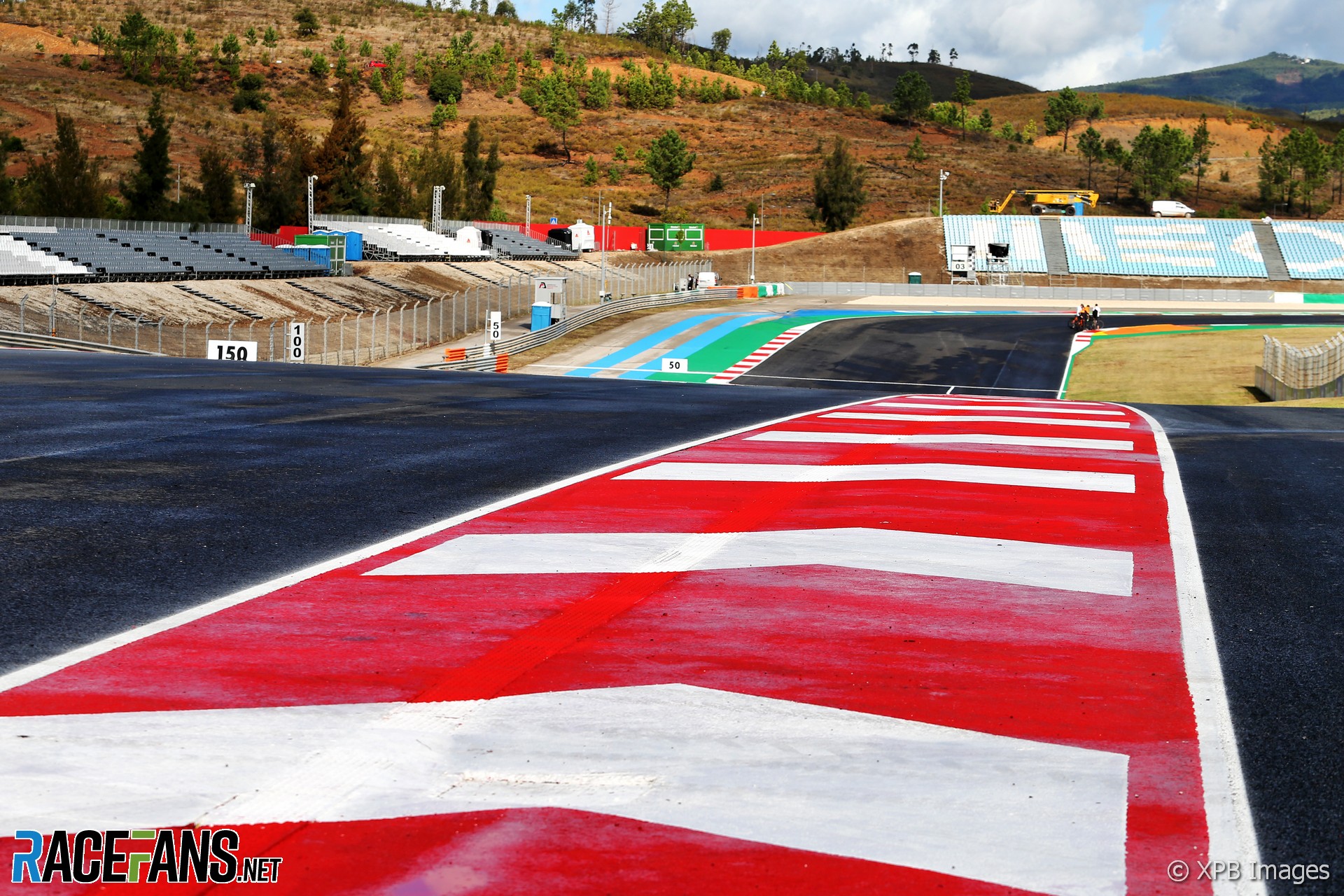 Formula 1 drivers have raised concerns about the pit lane exit at Autodromo do Algarve with race director Michael Masi.

They are concerned the layout of the pit lane exit could make it a flashpoint during today’s Portuguese Grand Prix due to its unusual configuration.

Some adjustments were made to the blend line to improve the arrangement. However Esteban Ocon expressed concerns it could still lead to “mega-tight” situations where drivers on the track are trying to get ahead of rivals who come out of the pits.

“The line was moved a little bit, which did help the entry of turn one, but it’s still mega-tight,” said Ocon.

“If you are fighting with a car that’s come out of the pit lane, both side-by-side, it’s going to be quite hard to keep the position because you have to do so much from an angle compared to the cars running at racing speed that. So it could be tricky.”

Ocon’s team mate Daniel Ricciardo echoed his concerns. “They did open the line a little bit today to kind of help us merge a bit easier. But it’s, let’s say, a part-time solution for now. It isn’t the nicest pit exit.

“Tomorrow in the race, obviously anything goes. In qualifying or practise or whatever, if you’re coming out of the pits, I think you need to let the guy come through – the guy on a lap should have favour. But tomorrow, anything goes.”