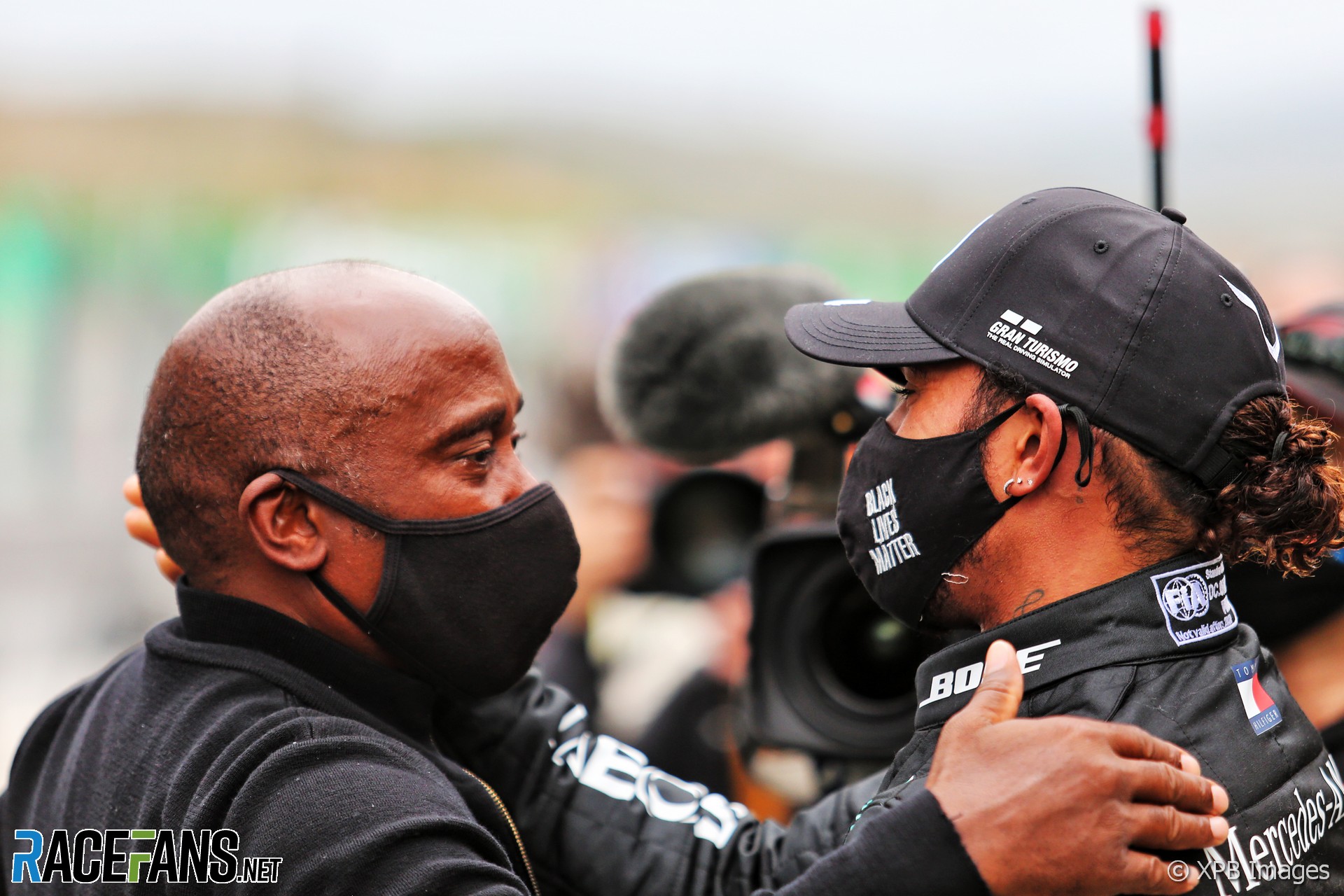 Lewis Hamilton says he could only have dreamed of becoming Formula 1’s most successful driver by grand prix wins after setting a new record at the Portuguese Grand Prix.

Hamilton’s 92nd career victory saw him overtake Michael Schumacher’s career tally of 91 wins to become the most successful driver in the history of the sport in terms of grand prix victories.

The Mercedes driver said it was hard to find the words to describe breaking one of the Formula 1’s most significant records.

“It’s going to take some time to fully sink in,” said Hamilton. “I was still pushing flat out all the way to the line. I’m very much still in race mode, mentally. I can’t find the words at the moment.”

Having won five of the last seven drivers’ world championships since moving from McLaren to Mercedes in 2013, Hamilton says he could not have imagined the success he has enjoyed with the Silver Arrows.

“I could only ever have dreamed to have been where I am today,” he says. “I didn’t have a magic ball when I chose to come to this team and partner with these great people, but here I am.

“What I can tell you is that I’m trying to make the most of it everyday. Everything that we do together, we’re all rolling in the same direction and that’s really why you’re seeing the success that we’re having.”

The six-time world champion said it was especially meaningful to break the record with some of his close family in attendance.

“We’ve got my dad here, which is amazing and my step-mum Linda and Roscoe [Hamilton’s dog]. So it’s a very blessed day.”