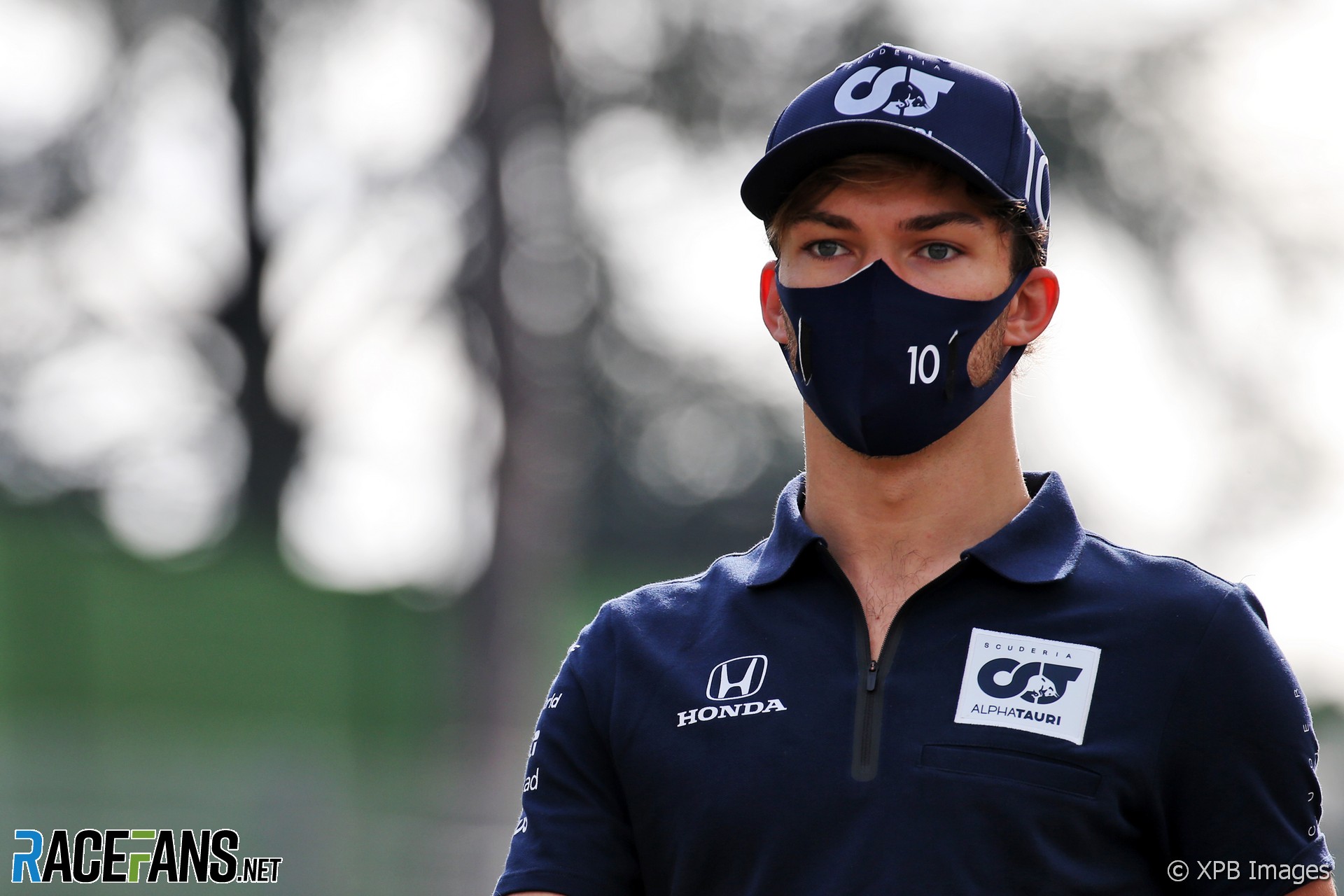 Pierre Gasly is surprised he wasn’t considered for a return to Red Bull next year after winning for AlphaTauri in Monza.

AlphaTauri, the sister team to Red Bull, confirmed earlier this week Gasly will continue to drive for them next year. Red Bull is considering a possible replacement for Alexander Albon, who took Gasly’s place at the team last year.

Gasly said he doesn’t know why Red Bull didn’t consider him for a return based on the strength of his performances this year. He won the Italian Grand Prix at Monza – the second victory for the former Toro Rosso team wince Sebastian Vettel’s 2008 triumph – and is just one point behind Albon in the championship despite an inferior car.

“I’m not disappointed, I’m just surprised,” said Gasly. “In 14 years Seb won a race with Toro Rosso, I’m the only other driver who won a race. Seb got promoted to Red Bull and won four titles with the team. So I must say I’m just surprised I wasn’t really considered.

“I don’t really want to thing about this any more. I need to perform as much as I can for AlphaTauri. I’m happy to be here and just focussed on this weekend, trying to get the best result I can for the team.”

Red Bull made it clear to Gasly at an early stage that he wasn’t under consideration for a return to the team in the 2021 F1 season.

“They have their strategy, it’s down to the them,” he said. “I think if you want a better answer it’s better to ask them straight away.

“On my side I think it’s been made clear to me I will continue already since quite a while with this team and as I say I’m not disappointed. I’m performing at a great level, I’m able to show my potential, I’m able to show my speed, my skills. As I say I’m 24 years old, obviously my goal in Formula 1 is to fight at the top and fight for the championship.

“But at the moment I just need to perform and do the best job I can in the team I am. I’m not disappointed, I’m really happy to continue with AlphaTauri for another year and I’ll keep doing my best for this team.”