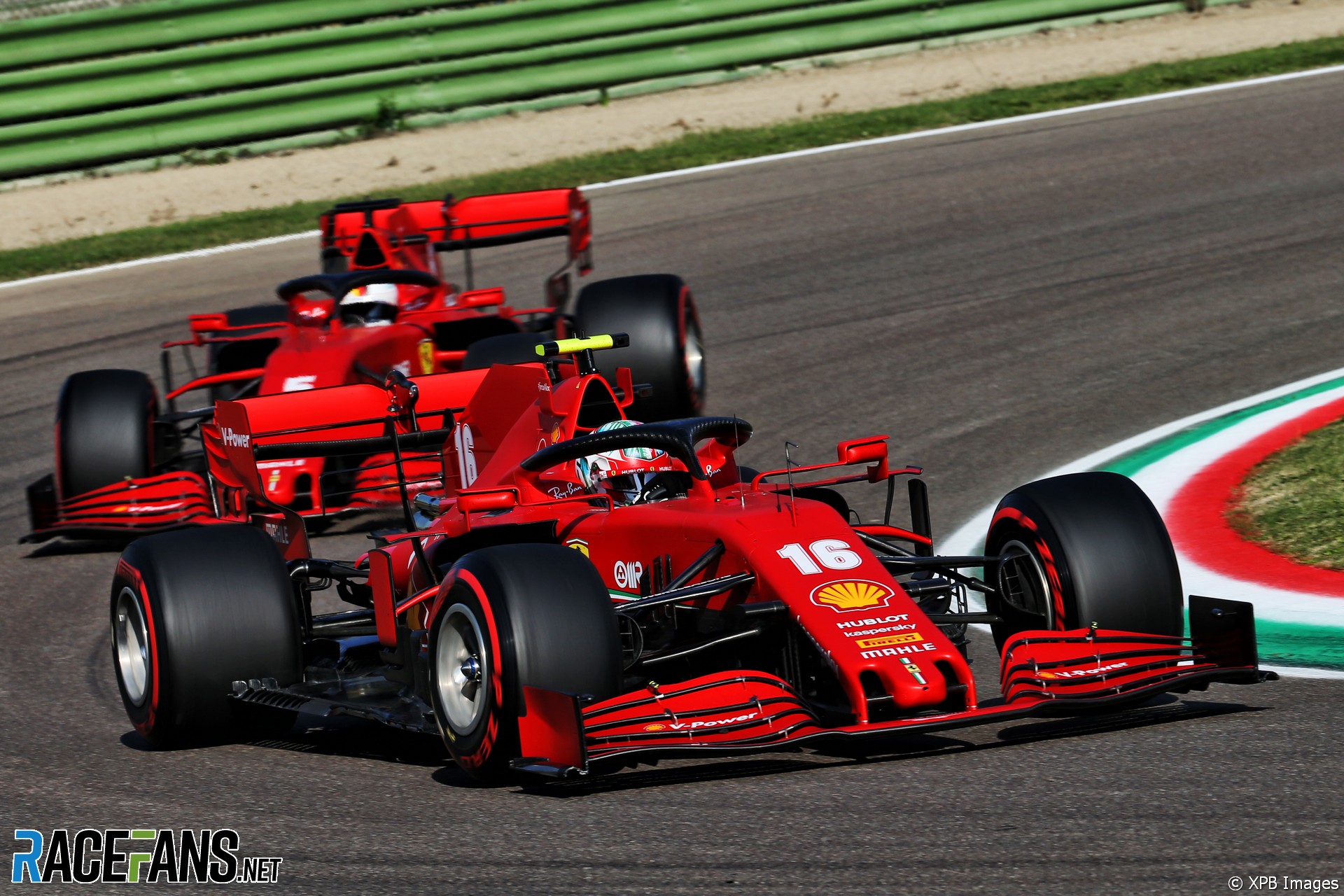 Since their nadir on the ‘power circuits’ of Spa and Monza at the middle of the season, Ferrari have made measurable improvements with their SF1000.

They bounced back from that double-zero points haul and in Portugal mustered their first double-digit score since Silverstone. Even so, their hopes of finishing in the top half of the constructors championship look remote.

Sixth is bad enough, but seventh would be even worse, and they may not be able to avoid that fate. AlphaTauri, who are also enjoying their third race this year on home ground at Imola, are edging closer.

While it seemed Ferrari’s improving form might put a stop to that, at Imola the other Italian team has delivered a rude shock. Pierre Gasly planted his car fourth on the grid, with Daniil Kvyat backing him up in eighth.

Is this all down to an advantage gleaned from their filming day at the circuit earlier this year? Perhaps, but it bears pointing out this is the second race in a row that AlphaTauri have been the third-quickest team.

As overtaking is expected to be very difficult at Imola, AlphaTauri has a good chance to cut into Ferrari’s 16-point championship lead. With the last three races of the year taking place at particularly power-sensitive circuits, Ferrari needs to shore up that advantage to minimise the risk of taking further pain in the constructors championship before the year is over.

The other striking development in the balance of power among the teams this weekend is at Racing Point, who posted their worst performance of the season so far. They were seventh-quickest among the teams in qualifying (above), the lowest they’ve been all year.

Racing Point CEO Otmar Szafnauer suspects the reduced practice time at the Emilia-Romagna Grand Prix is partly why the team hasn’t performed as well this weekend. “If you have greater simulation tools and techniques back at the factory, being prepared to come here helps in such a compressed practice and qualifying sessions,” he said.

“Also if you run the same philosophy of car over time then you can also get to the optimal solution quicker. We’re still learning about this aero philosophy at the different tracks and I think some of the others aren’t.”

The team hasn’t made anything like the same progress with its car that its rivals have. As the five-race average trend graph (below) shows, the gap between them and regular pace-setters Mercedes has widened. Having been close to Red Bull on performance in the middle of the season, Racing Point are at risk of losing touch with the front of the midfield on one-lap pace.