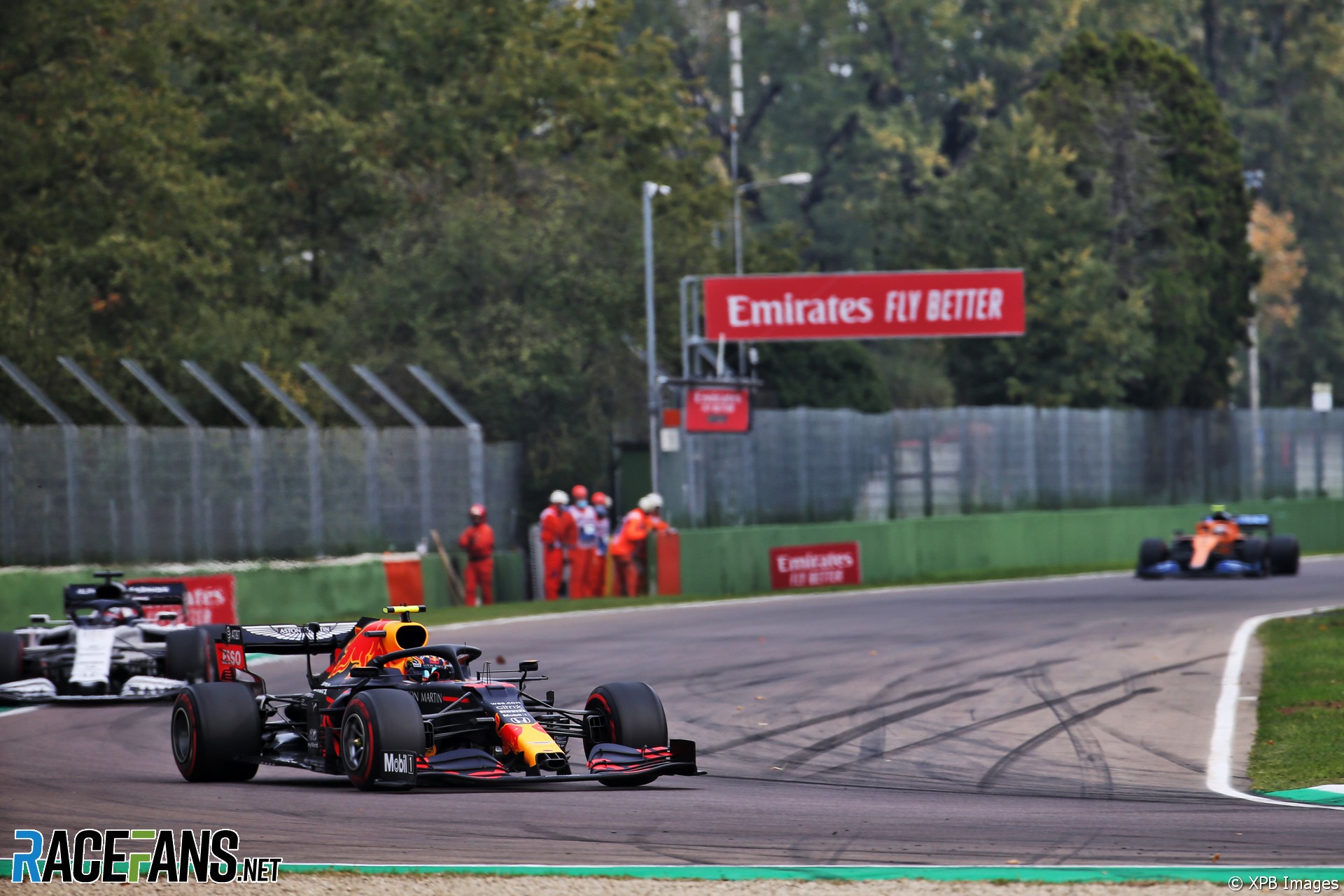 Alexander Albon’s race engineer apologised to the Red Bull driver after a late call to pit meant he missed a chance to change tyres during the Safety Car period.

After the race Albon said the failure to pit potentially cost him a chance to finish on the podium.

Albon was running in seventh place when his team mate spun into retirement at Villeneuve due to a tyre failure. The team initially told him not to pit when the Safety Car came out.

However Red Bull decided to take advantage of the opportunity to put on fresh tyres the next time around. Late in the lap Albon was advised to stay close to the cars ahead. He was then told to pit – but was already alongside the pit lane entrance when the message came.

After the race Albon’s engineer said: “Sorry about that call it was too late, obviously. That was my fault, my bad.”

Had they been able to make the pit stop, Albon believes he could have been able to compete for a top three finish.

“It was one of those races where we spent the whole race behind other cars,” he said. “There wasn’t much to do there. Possibly, in hindsight, we should have stopped when the others did at the end of the race.”

Having stayed out on older tyres, Albon was easy prey for those who put fresh tyres on at the end of the race. “Of course we were the first cold tyre car for them to come across, so it was always going to be difficult to hold them off.

“If we stopped, we could have been looking for a podium, but that’s just the way it is.”

Albon was overtaken by Sergio Perez, who had fresh soft tyres, then lost control of his Red Bull on the exit of the Villeneuve chicane.

After the race Albon asked what had happened when he spun. “It looks like wheelspin first and then you got hit after that, to be honest,” said his engineer. “I don’t think I would have spun by myself but okay,” Albon replied.

Speaking after the race Albon said it felt like he had been hit from behind. “I got told I did, but maybe that’s wrong. If I wasn’t hit, it was just cold tyres and lack of downforce. I thought a McLaren had showed its nose, but maybe I’m wrong.”

Despite the late spin, Albon says he believes his overall performance at Imola was “not a bad weekend” for him.

“Of course I’m hanging in there, I’m doing everything I can,” he said. “It was, in retrospect, not a bad weekend for me. But we’ll focus ahead on Turkey.”