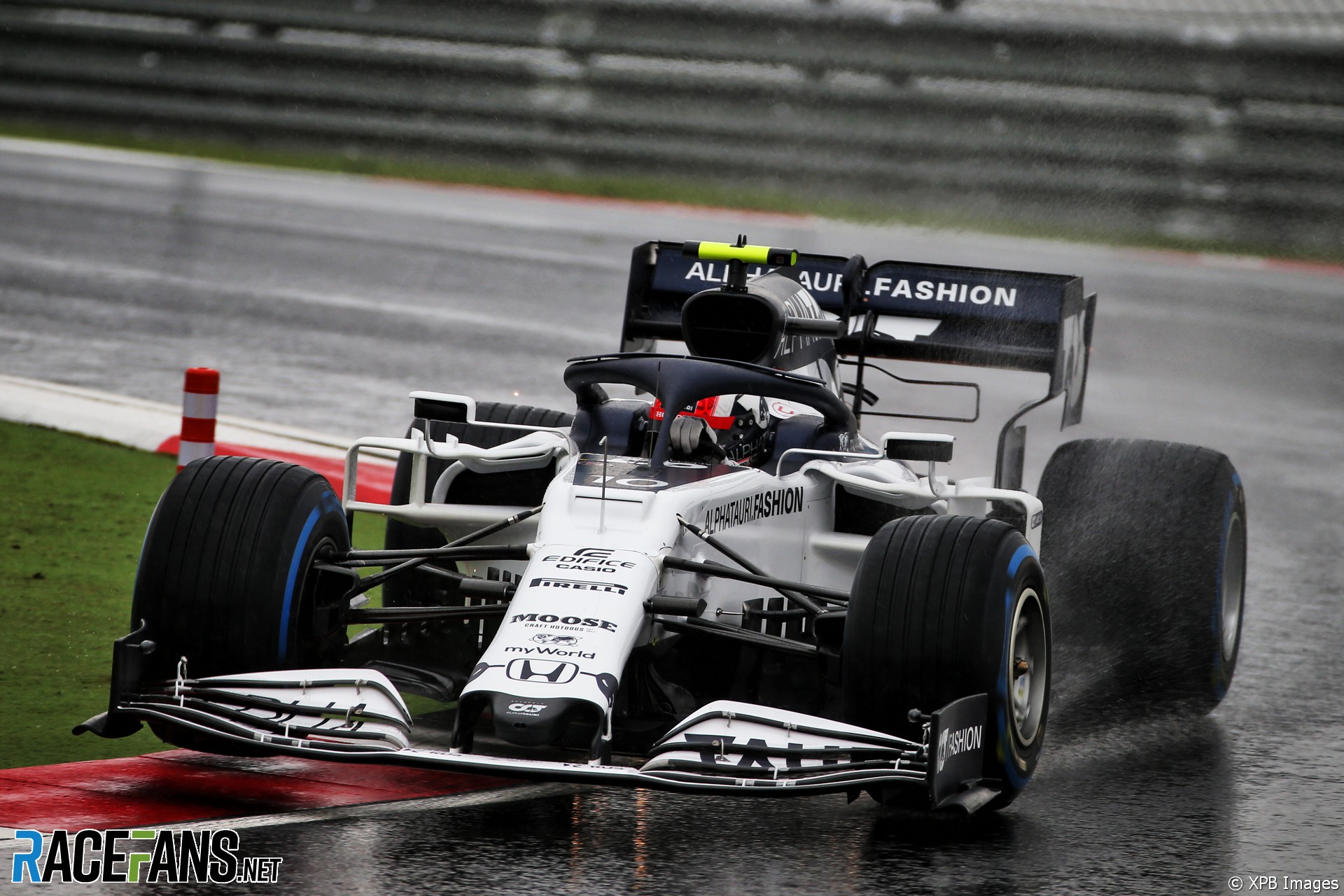 An unhappy Pierre Gasly told his team they had been ‘sleeping since Saturday’ after finishing 13th in the Turkish Grand Prix.

Gasly was relegated to the back of the grid following confusion over a pre-race engine change.

AlphaTauri originally advised the stewards they were fitting a new power unit to Gasly’s car, which would have been his fourth of the season, and meant an automatic penalty. They then decided to re-fit the original engine, but as the stewards could not verify what work had been done, his penalty was unchanged.

Having been relegated to 19th place on the grid, Gasly spent almost the entire race outside of the top 10. He finished behind team mate Daniil Kvyat, both out of the points.

The team lost significant ground to Ferrari in the contest for sixth place in the constructors championship. Their rivals scored 27 points, and now lie 41 ahead of them with three races remaining.

After crossing the finishing line, Gasly told his team he’d had a “fucking shit race” and was “very disappointed” with the “whole weekend”.

“Now we threw so many points just because we are nowhere, since Saturday we are sleeping.”

Gasly said after the race the team had been unable to make the intermediate and wet weather tyres work.

“The whole weekend was really bad for us,” he said. “We had very poor performance on the wet tyres yesterday, and with today being wet again, we knew we were going to struggle massively.

“It’s a bit embarrassing because if it was all fine in the dry during practice on Friday, it means we were just too slow with the wets and intermediate tyres, we just couldn’t switch them on and struggled in final practice and quali. In addition, we took a penalty today.”

Gasly said the team “need to understand what went wrong and what didn’t work in order to do better, in case we find ourselves in the same conditions.

“We already have some answers but still, we should have done a better job and I’m disappointed. Now it’s done and we should look at the next few races.”