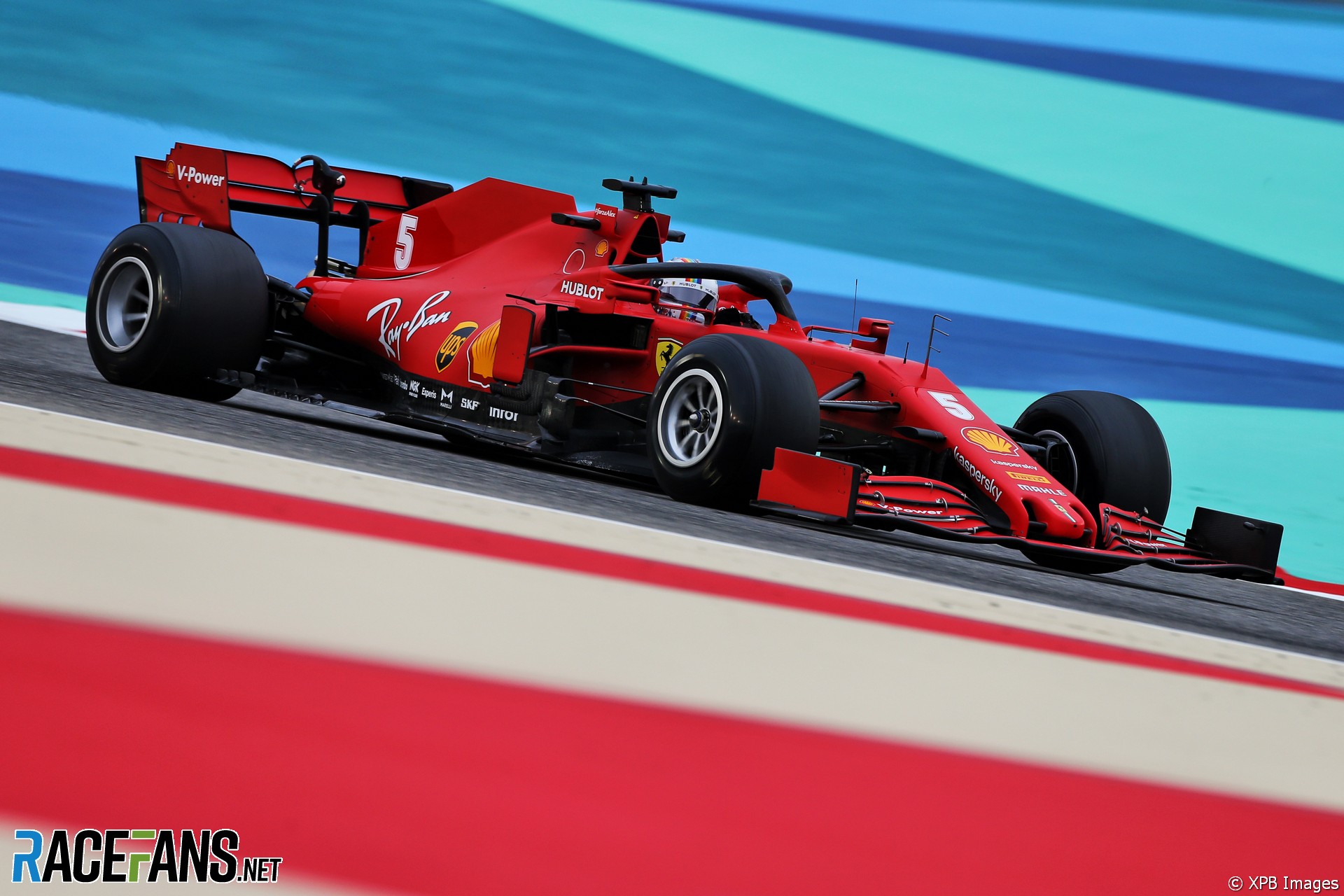 Ferrari have changed their position on freezing F1 engine development, saying they now support the move, but have also raised the possibility of converging the performance between engines.

Red Bull has urged F1 to introduce a freeze on power unit development at the end of the 2021 F1 season. The team are keen to continue using engines developed by current supplier Honda after they leave the sport at the end of next year, but do not want to incur the cost of developing the units.

Ferrari previously opposed the suggestion power units could be frozen from the beginning of 2022. However team principal Mattia Binotto indicated today they could back a freeze if the introduction of Formula 1’s next power unit regulations is also brought forward.

“What we said is there are already regulations in place where somehow Red Bull would get a solution,” said Binotto. “They may be supplied by other manufacturers, that’s no doubt.

“We understand as well their intention to keep using their Honda engine for the future. We had meetings in the last days with F1 and the FIA. I think as Ferrari, we understand the situation, we are supportive in trying to anticipate by one season, one year, the freezing of the engines. That will mean as well trying to anticipate to 2025 the new regulations for the power unit.

“So knowing the situation and understanding the situation, it’s not the first time that I think Ferrari has acted in a responsible way in that respect. So we will support freezing by anticipating by more one year the engines and the power unit.”

Binotto believes it will not be difficult to introduce a freeze. “It’s only a matter of deciding what we intend to do,” he said. However he pointed out that one consequence of the freeze could be to lock in any disadvantage a manufacturer has. He said a mechanism to equalise the performance of the different power units should be considered.

“We have some discussions at the moment with the FIA and F1: Should we consider a mechanism of engine convergence if there is any situation where eventually a manufacturer is really down on performance compared to the others? Because [otherwise] it’s freezing for three years the relative performance within manufacturers.”

Such rules would not be the same as the ‘balance of performance’ regulations seen in other categories, Binotto insisted.

“I certainly don’t think it is ‘balance of performance’ because I don’t think that the aim or the objective is to somehow bring all the manufacturers to the same level of performance,” he said. “That’s not the case.

Imposing different fuel flow rates for different engines would be one means of levelling the performance between each, said Binotto.

However he pointed out the freeze must not prevent F1 from hitting its goals of introducing more sustainable fuel over the coming years.

“So by the time that we are introducing that fuel, we are freezing [development] and I think in that respect, some risks are in place. So those risks will need to be managed to make sure that we are doing the proper job, again, as manufacturers.”

In order to bring the next generation of power unit rules forward, F1 will have to agree on them soon, says Binotto. “To have a brand new format of power unit in 2025, we will need by middle of next year to have clarity on the regulations.

“I think it will be quite a different power unit to today because I think there are at least from the Ferrari point of view, important objectives that need to be set. For example quite a different cost. It has to be more sustainable in terms of cost point of view. So I think the power unit itself should cost 50% or less of what we are affording today.”