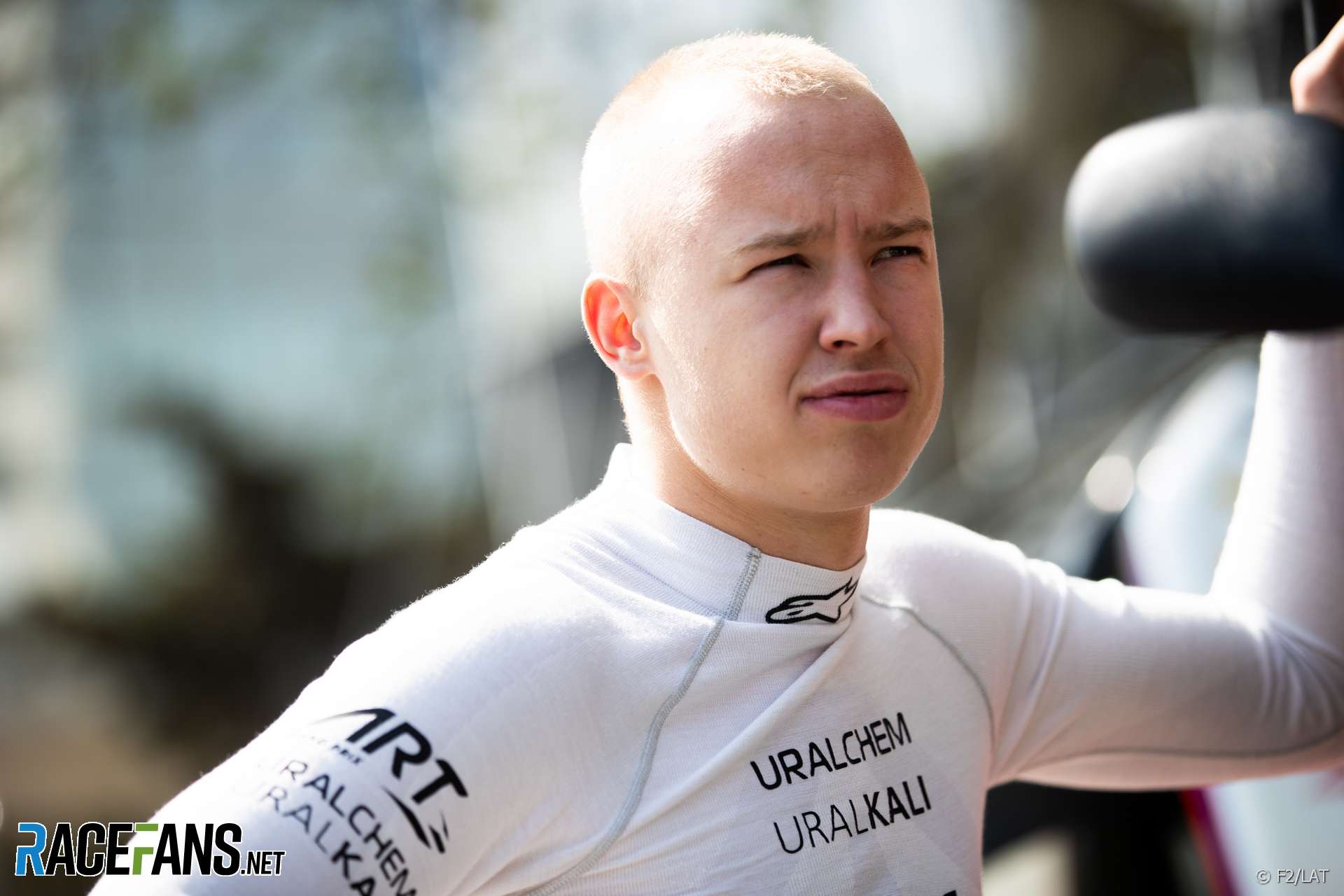 Haas has announced the first of the two drivers which will replace its current line-up of Romain Grosjean and Kevin Magnussen in the 2021 F1 season.

Formula 2 driver Nikita Mazepin will graduate to Formula 1 with the team next season in a “multi-year” deal.

The 21-year-old lies third in the F2 standings and has an outside chance of beating Mick Schumacher and Callum Ilott to the championship in this weekend’s final round.

Mazepin arrived in F2 after finishing runner-up in GP3 (now F3) with ART in 2018. He has taken two wins so far this season and lost a third at Spa due to a post-race penalty.

Mazepin said the confirmation of his F1 debut is “a lifelong dream come true.”

“I really appreciate the trust being put in me by Gene Haas, Guenther Steiner, and the whole of the team. They’re giving a young driver an opportunity and I thank them for that.”

“He’s developed into a mature racer moving up through the junior ranks – notably most recently in the GP3 Series, where he finished runner-up in 2018, and obviously in Formula 2 over the past two seasons. I’m excited to see what Nikita can achieve in Formula 1 and we look forward to giving him the opportunity to compete at the highest level of world motorsport.”

His father Dmitry Mazepin, who runs Russian chemical firm Uralkali and is has a reputed wealth of several billion dollars, tried to buy Force India when the team ran into financial trouble in 2018. He is currently involved in legal action against the administrators who handled to sale to rival Lawrence Stroll, father of Lance Stroll, who drives for the team, now known as Racing Point.

Haas announced in October it will field an all-new driver line-up in 2021. Mazepin’s team mate has not yet been confirmed but Mick Schumacher, who leads the F2 standings and is backed by Haas’s engine supplier Ferrari, is favourite to take the seat. His rival and fellow Ferrari Driver Academy member Ilott confirmed yesterday he will not make his Formula 1 debut next year.

Yesterday Haas confirmed its reserve driver Pietro Fittipaldi will stand in for Grosjean in this weekend’s Sakhir Grand Prix. Grosjean is recovering from the burns he sustained in a fiery crash at the start of Sunday’s Bahrain Grand Prix.