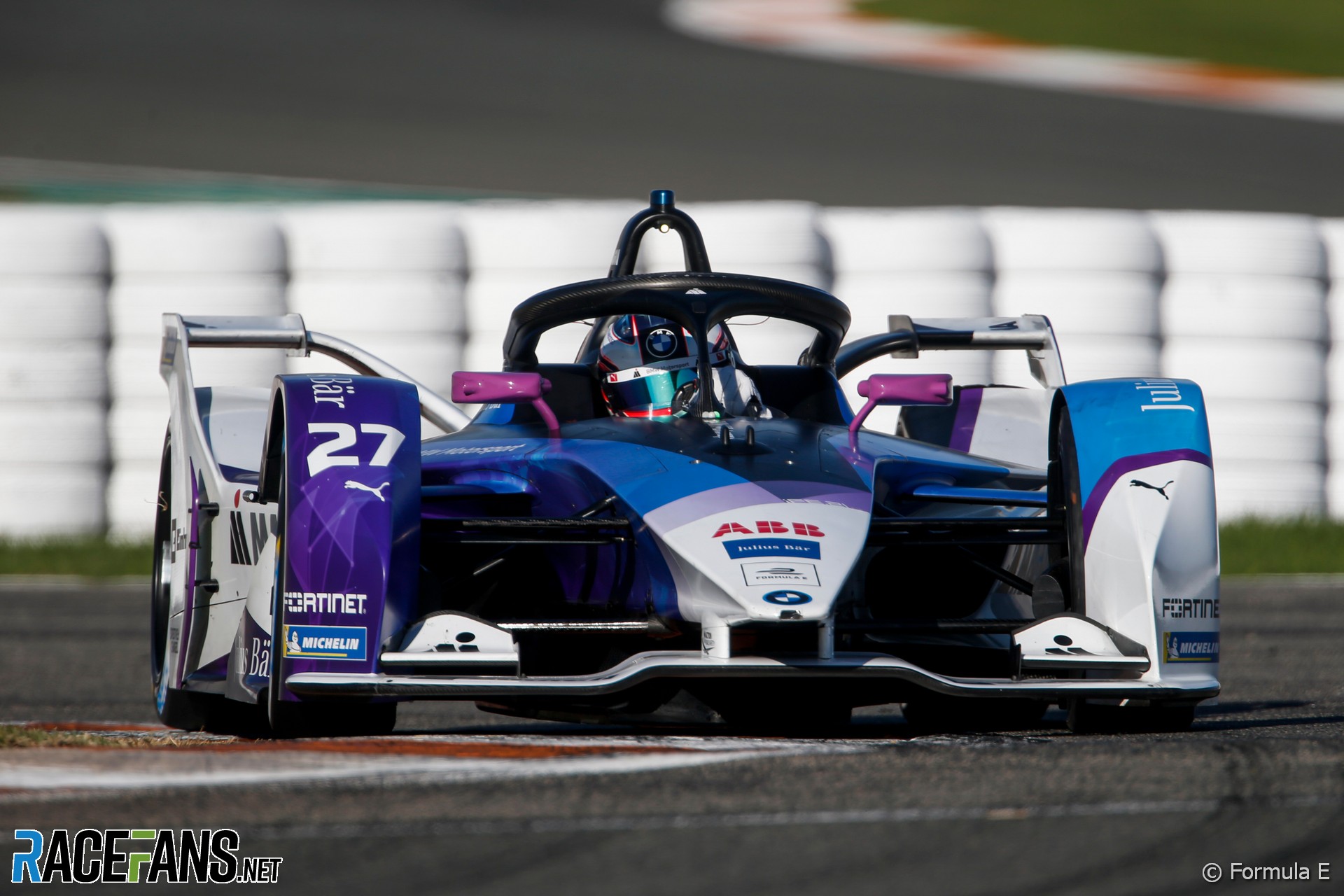 BMW have announced their intention to leave Formula E at the end of this season, on the day after the end of Valencia testing.

BMW entered the series as a full factory team at the start of FE’s second generation era in 2018, having worked increasingly closely with Andretti’s Formula E squad in the two seasons prior and been a sponsor of several E-Prix. The team has had mixed success, winning their debut race as a factory team and taking a further three wins in the subsequent season but equally suffering mechanical and set-up problems at some venues.

In a statement today, BMW said they had “always used Formula E as a tech lab for production” – which they felt had now run its viable course, repurposing engineering resource to their road vehicles.

“The same engineers who develop the drivetrains for electric production vehicles are also responsible for the drivetrains in the race cars,” said BMW in a statement. “Examples of the successful transfer of technology between the Formula E project and production development include new findings regarding energy management and energy efficiency, the transfer of software for power electronics from racing to production, and an improvement in the power density of the e-motors.

“When it comes to the development of e-drivetrains, BMW Group has essentially exhausted the opportunities for this form of technology transfer in the competitive environment of Formula E.”

A similar sentiment was expressed by Audi, who announced their departure from the all-electric series on Sunday. BMW said that electrification was now the “new normal” while Audi stated that during the course of their time in Formula E their development had changed so that “electromobility at the four rings is no longer a dream of the future, but the present.”

Both Audi and BMW have developed their powertrains for the two-season homologation cycle Formula E is currently in but will depart halfway through that, after just a single, further season as factory entrants.

Audi are refocussing on an electric Dakar entry and hybrid technologies for endurance racing, while BMW announced no further motorsport plans, instead saying “the strategic focus of BMW Group is shifting within the field of e-mobility. In the future, greater emphasis will be placed on the comprehensive scaling of the offering and global production.”

Formula E moves to a rapid-charging-focussed third generation of cars in 2022, which Mahindra were the first manufacturer to commit to. Audi are one of two teams, with Nissan, who have worked on advising the FIA and representing the interests of manufacturers in the coming regulations and team boss Allan McNish said that their departure was not prompted by concerns over the next generation.

Audi and BMW both also withdrew their factory DTM teams at the end of the 2020 season, although were supportive to supplying privateer entrants their GT cars.

It is understood there are multiple manufacturers looking to enter Formula E, with KIA and Hyundai amongst names that could take up Audi and BMW’s slots.