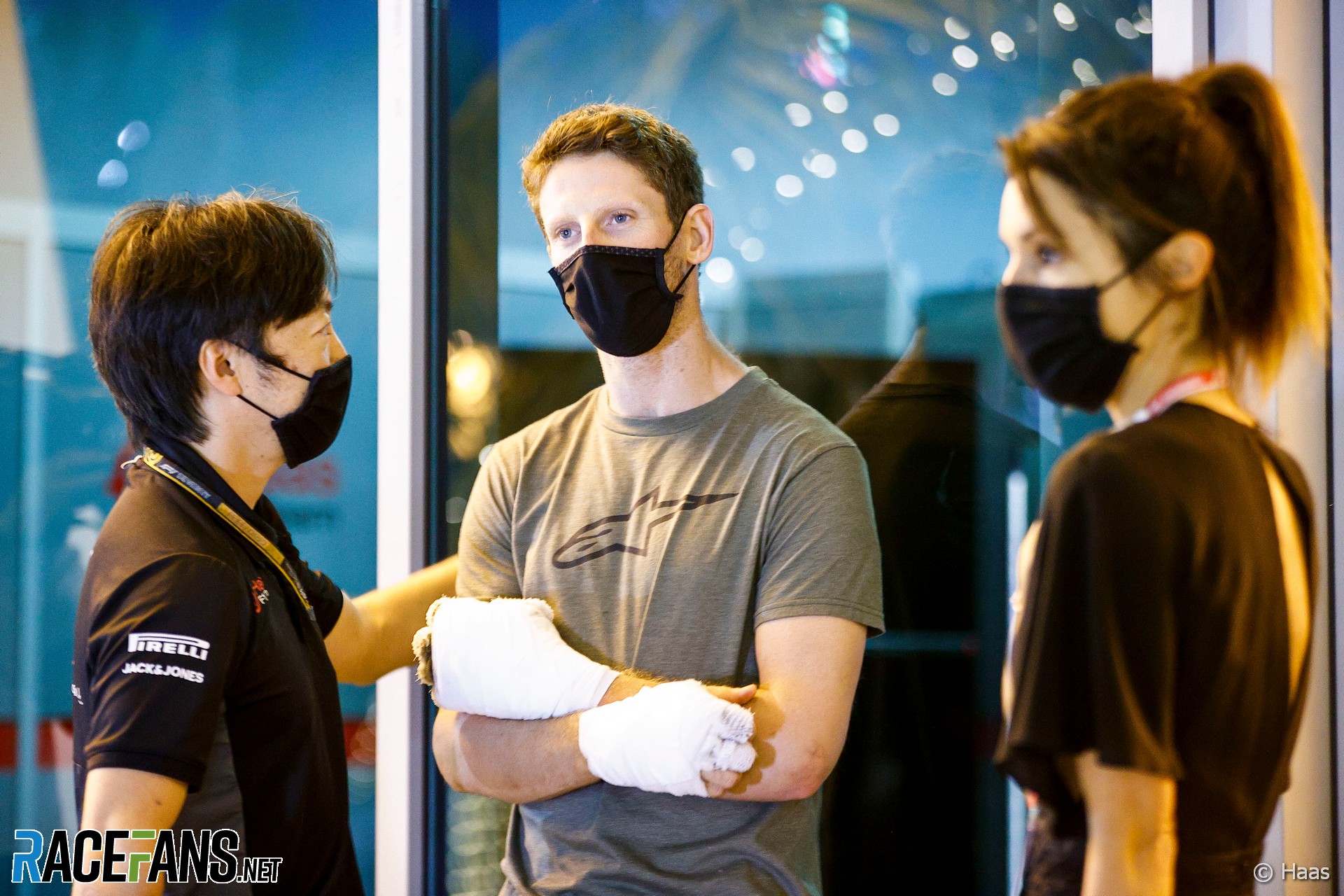 Mercedes is prepared to let Romain Grosjean test one of their cars if he is unable to take part in the final race of the season in Abu Dhabi next week.

The Haas driver is absent from the grid this week due to the burns he suffered in his shocking crash at the start of the Bahrain Grand Prix last Sunday.

His injuries mean his participation in next week’s Abu Dhabi Grand Prix is also in doubt. That race is due to be his final start for Haas, who he will leave at the end of the year, and he does not have a drive for the 2021 F1 season.

Grosjean said yesterday if he cannot race in Abu Dhabi, he will approach a team about a chance to test one of their cars in the new year.

“The story would be beautiful to go to Abu Dhabi,” he said. “If I don’t, I’ll call every single Formula 1 team and see if anyone would offer me a private test in January or so to jump back in the car and have 10, 15 laps for myself.”

Mercedes team principal Toto Wolff confirmed the world champions would be willing to give him the opportunity.

“If we are allowed to do this and nobody else within his universe of teams that he raced would provide him with such an opportunity, we would do it,” he said.

Grosjean has driven with Mercedes power before, in 2015, when his Lotus team used Mercedes engines. He scored his most recent podium finish at that year’s Belgian Grand Prix.