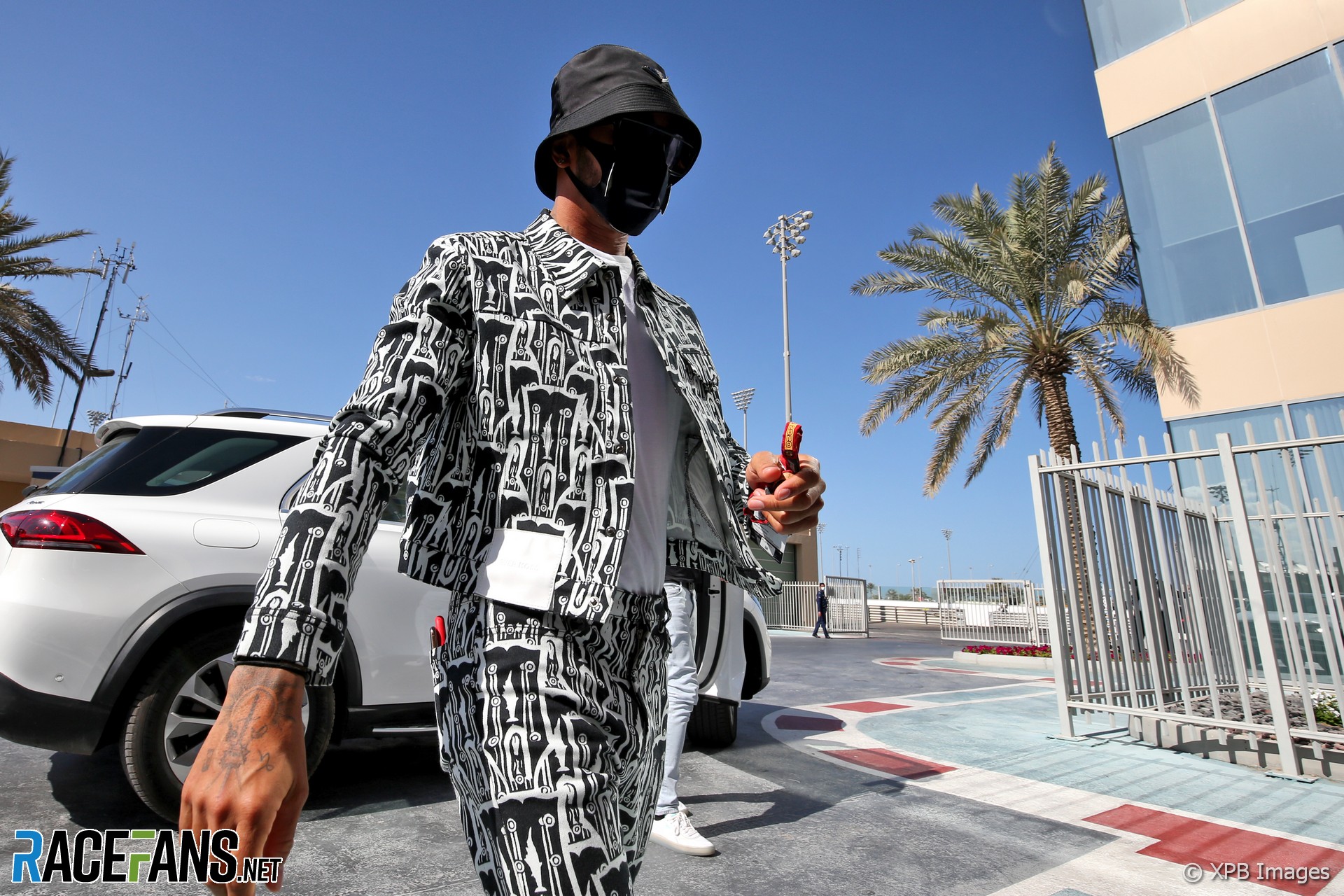 Lewis Hamilton said he’s “super-excited” to return to racing this weekend and praised George Russell for doing an “amazing job” as his substitute at the last race.

The world champion missed last weekend’s Sakhir Grand Prix after testing positive for Covid-19. He returned to his car for the first time today while Russell has rejoined Williams.

Hamilton told Sky he was “very, very happy and grateful this morning just to be back here.”

“It felt like a first day back at school kind of thing,” he said. “It definitely took a minute to get back used to it for the first session.”

A problem with the brakes on his Mercedes in the first session cost Hamilton over half an hour of running.

“In the second one I was still getting my bearings but [it was] not too bad,” he said. “I think we got through most of the stuff we missed out in the 40 minute session at the start of the day but otherwise we got most of the stuff done.”

Technical problems struck again in second practice, when Hamilton briefly stopped in the pits and was heard telling his team he had “no gears”.

“It’s definitely been a bit of a messy day with a lot going on,” he said. “The guys have obviously been on the road for three weeks so we’ve had a couple of gremlins but we come through like we always do and tomorrow, I know, will be better.

“We got through a lot of things that we need to test for next year today. The guys are just working as hard as they can to work on things for next year.”

Asked what he thought of Russell’s performance last weekend, Hamilton said: “I think George did an amazing job. I think everyone knows that.

“For me, in my 27 years of racing I’ve never missed a race. One day I’ll write a book about it. But as I said I’m just grateful to be back.”

51 comments on “Hamilton: Russell did an “amazing job” as substitute”