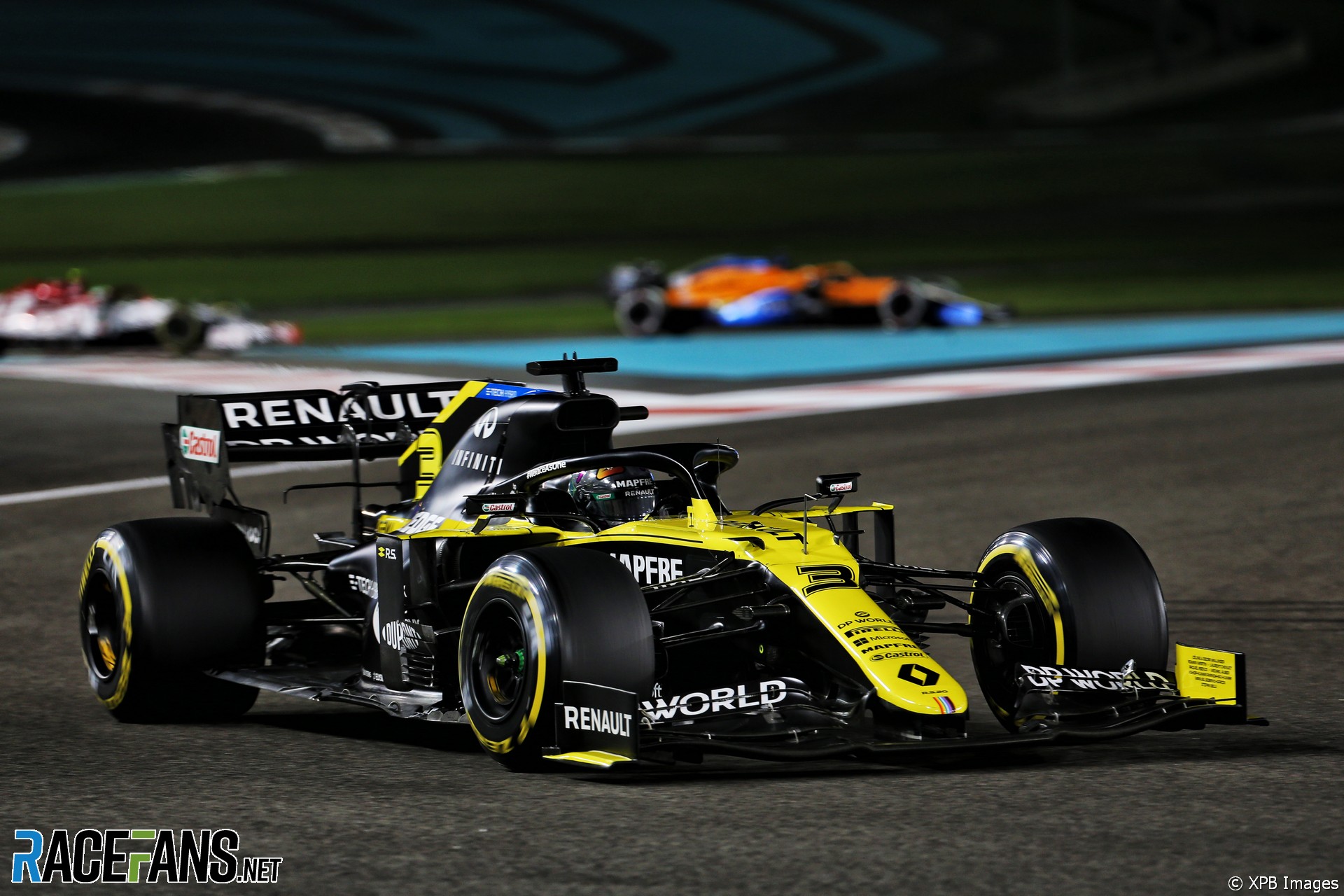 In the round-up: Daniel Ricciardo says Formula 1 should consider changes to the Yas Marina after another processional Abu Dhabi Grand Prix.

Ricciardo gained more places than any other driver on Sunday but described it as being more like a time trial than a race:

Knowing my pace was strong and I was creating that gap, that kept me excited. It was kind of like just a long time trial that I was enduring. So personally it was a fairly fun race for me, although not a whole lot of action with other guys.

It’s a shame because it is such a great venue and I certainly don’t want to talk the place down because I want to keep coming back here because it is amazing. But maybe we could play around with the layouts – there is a few alternatives around here – because unfortunately on Sunday it is tricky. It’s sometimes a bit grim from an entertainment point of view.

Bernie and baby Ace are his Christmas card focus this year with a message of goodwill to F1, although a meeting of investors on the card shows them in agony. Less so for him. pic.twitter.com/PAZaafR0Un

#F1 all our names on the car pic.twitter.com/80iuJ1KJqd

"In explanation for the deal, Codemasters chairman Gerhard Florin said that both companies 'have a shared ambition to lead the video game racing category.'"

"The car, which is due to debut during the 2022 WEC season, will be powered by a 2.6-liter twin-turbo V6 petrol engine combined with a front-mounted 200 kW electric motor."

"In second practice on Friday afternoon, we were able to test a tyre that equated to the Medium one at this event. As expected, lap times with it were slower but that was to be expected. Pirelli is doing a good job of producing tyres that are more resilient and can be run at lower pressures than the current ones."

"It recently unveiled its third UK location in Soho – and has stores in Camden Market and Central London – as well as operating a delivery system via Deliveroo."

Dave is optimistic Red Bull will take the fight to Mercedes more successfully in 2021:

This was a race where: A. Red Bull finally found the ‘eureka’ moment with their car after months of trying new parts and binning them, and B: Where Mercedes just couldn’t get the car to work and had constant understeer and balance issues.

Given the minor design changes allowed next year and the aero tech restrictions for the rear of the car, having a good 2020 base model the team understands well and works well will help. It would appear Red Bull are finally there.

I expect Mercedes to be ahead again at the start of the 2021 season but Red Bull should not take long to start to be competitive, at least not as long as they took this year. Add to that a certain Mexican tyre whisperer bringing up the rear for Verstappen and, in theory at least, we should have some proper fights at the front.
Dave (@Davewillisporter)