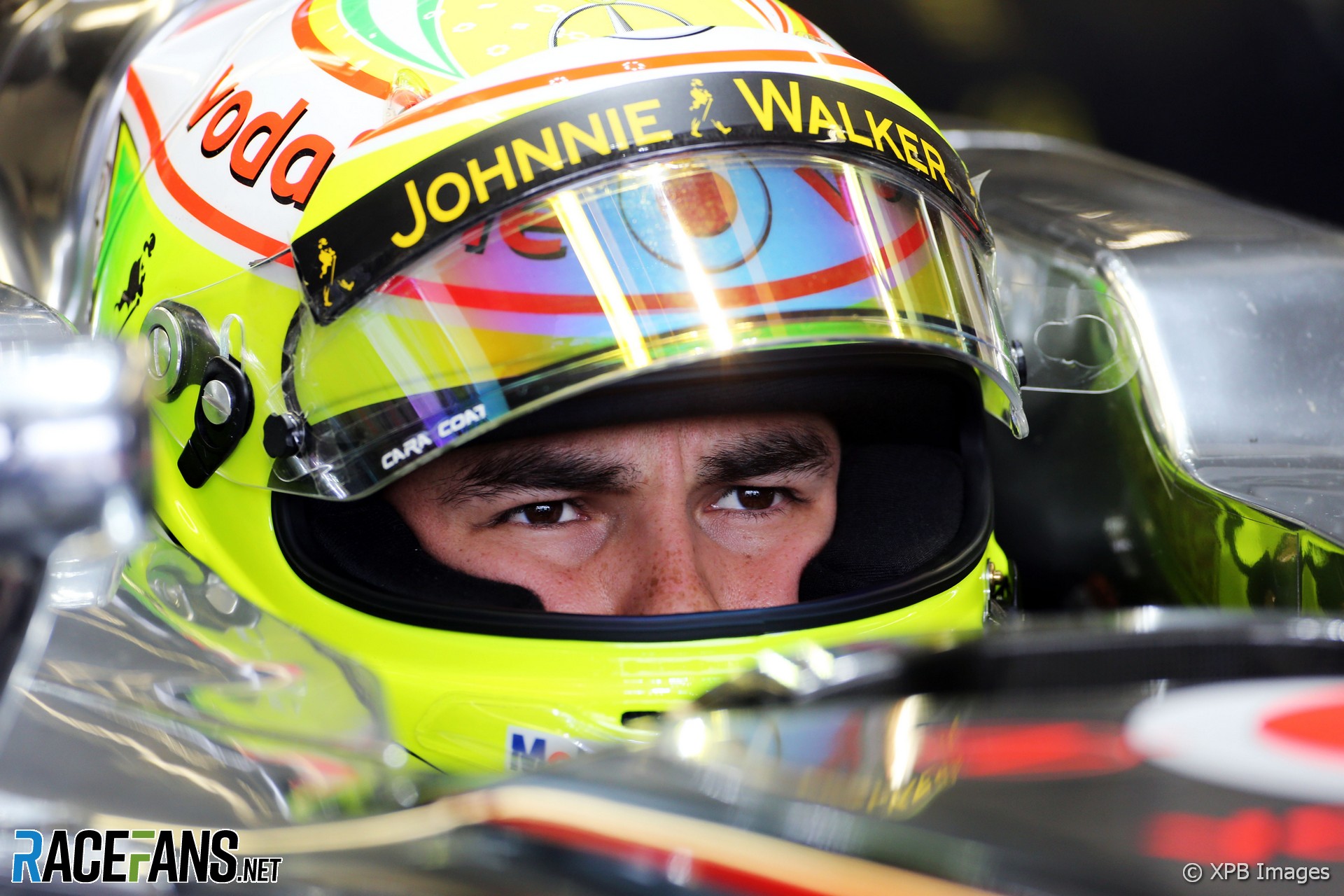 One of the most remarkable details of Sergio Perez’s career so far is that despite having spent it almost entirely in ‘midfield’ cars, he’s reached the podium on no fewer than 10 occasions.

More than half of these came since the beginning of the V6 hybrid turbo era, when the rostrum has largely been off-limits to those not equipped with one of the top cars. Yet more surprising still, none of those podiums came in the single season he spent with a ‘top team’, his 2013 stint at McLaren.

It goes without saying that he and his new team for next year, Red Bull, will expect to see Perez on the podium far more often in the 2021 F1 season.

At the end of his second year in F1 in 2012, Perez staked a lot on his chance to join McLaren, replacing no less a driver than Lewis Hamilton. Perez had been a Ferrari Driver Academy member, and had impressed in his sophomore campaign with their customer team Sauber, running Fernando Alonso close for victory at the Malaysian Grand Prix, his first of three podiums that year. But joining McLaren meant severing his ties to the Scuderia.

His hopes McLaren would provide an environment and a car in which he might thrive were quickly dashed. The team which won seven races in 2012 produced an aggressive development of its chassis which proved too ambitious. Perez and team mate Jenson Button laboured unsuccessfully to find a sweet spot for the MP4-28.

By the end of the year Perez’s efforts in his third season of F1 compared favourably with the world champion alongside him. His best result was fifth, Button’s fourth, and Perez scored slightly more than two-thirds of his team mate’s points tally.

Nonetheless McLaren had persuaded themselves that Perez wasn’t the successor to Hamilton they were looking for, and that Kevin Magnussen was. Perez was ushered aside for 2014 and Magnussen installed alongside Button, to no significantly greater effect, once the team’s season-opening double podium finish proved a false dawn.

Magnussen, too, was shown the door after a single season. That Perez plus his replacement and Magnussen’s eventual successor Stoffel Vandoorne all failed to thrive at the team says rather more about McLaren at that time than its drivers. Since the installation of a new management regime, including the appointment of former racer Gil de Ferran as sporting director, incoming drivers Carlos Sainz Jnr and Lando Norris have thrived in a way Perez and others didn’t.

Viewing Perez’s spell at McLaren from the perspective of seven years later, it’s also clear the team was at the beginning of a slump it is only now starting to emerge from. Third place in the championship this year was its best result since 2012.

In the meantime, Perez went away and built himself a reputation as a formidable force in F1’s closely contested midfield. From 2015 to 2020 he was the top scorer at Force India/Racing Point, and in the 2016 and 2017 championships finished ‘best of the rest’ behind the Mercedes, Ferrari and Red Bull drivers.

During that time Perez saw off Nico Hulkenberg, who arrived in F1 with a clutch of titles from junior series and was widely considered a star of the future. This was in contrast to Perez, whose Mexican backing led some to ascribe his place in F1 to finance as much as talent. They include, as recently as two weeks ago, Haas team principal Guenther Steiner.

Now, seven years on from his McLaren spell, Perez says he is far better prepared to take advantage of the opportunity to wield a competitive car.

“I think I’ve learnt a huge amount,” he said when asked by RaceFans at the Turkish Grand Prix. “Going there, things that didn’t work.

It was never a given that Perez would have another opportunity to drive for a leading team again. Why was he passed over in the meantime? His at times fractious on-track relationship with 2017-18 team mate Esteban Ocon may have prompted concerns. And while his renowned tyre-nursing race performances are a key strength, his one-lap pace has been slightly weaker. While he easily out-qualified Lance Stroll for the past two seasons, he was decisively beaten by Ocon in 2018.

Now he will go up against the formidable Max Verstappen, who will have his fourth team mate in as many years. Perez need only look at what happened to his predecessors – one left, two dropped – to understand the scale of the challenge he faces. But this time he has a career’s worth of experience to make the most of his opportunity.