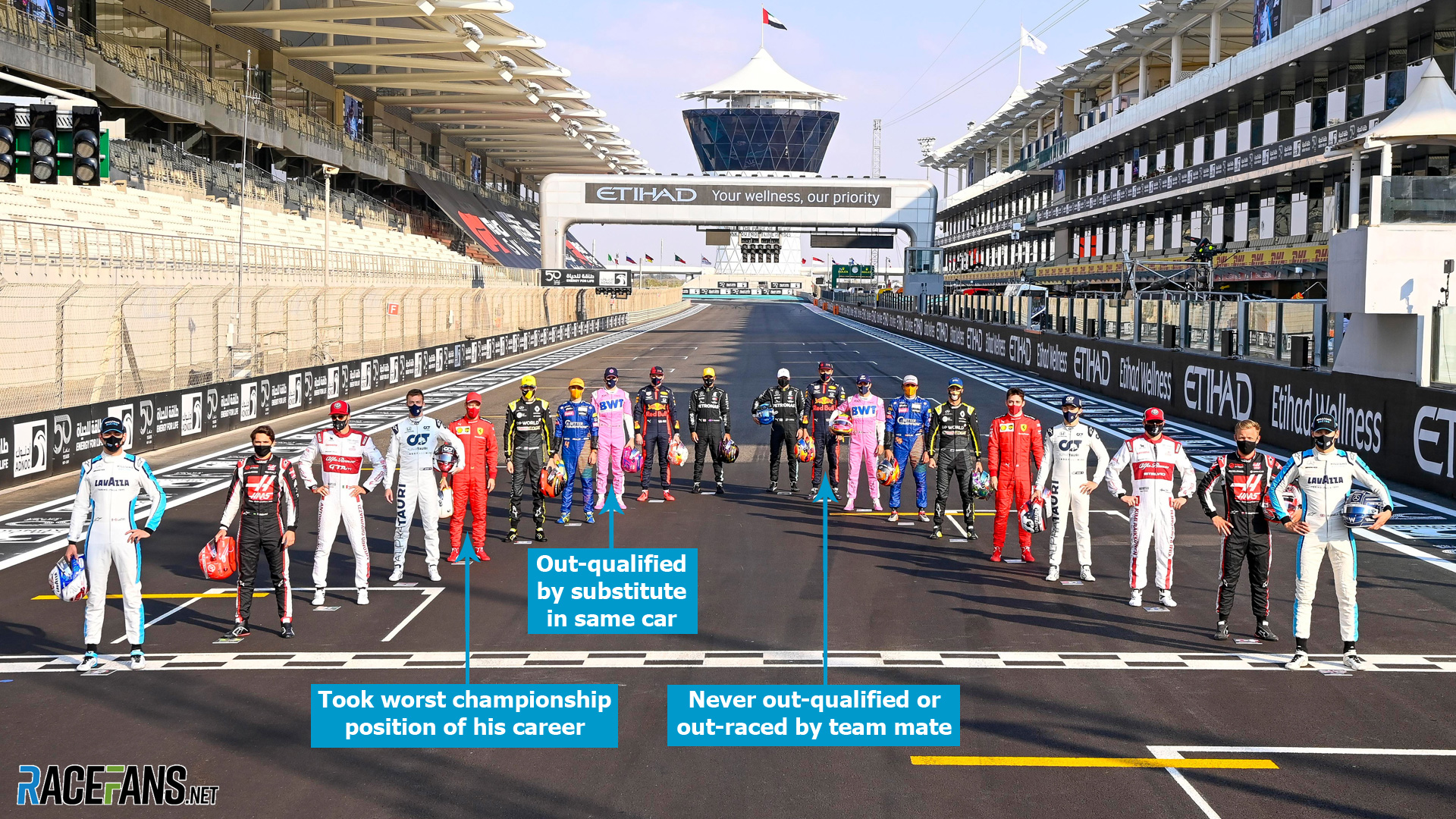 Which drivers truly impressed in 2020? Who got unlucky with their equipment, and who were the quickest off the line at the start?

These 20 telling stats – one for each full-time member of the field this year – shed some revealing insights into the how they performed this season.